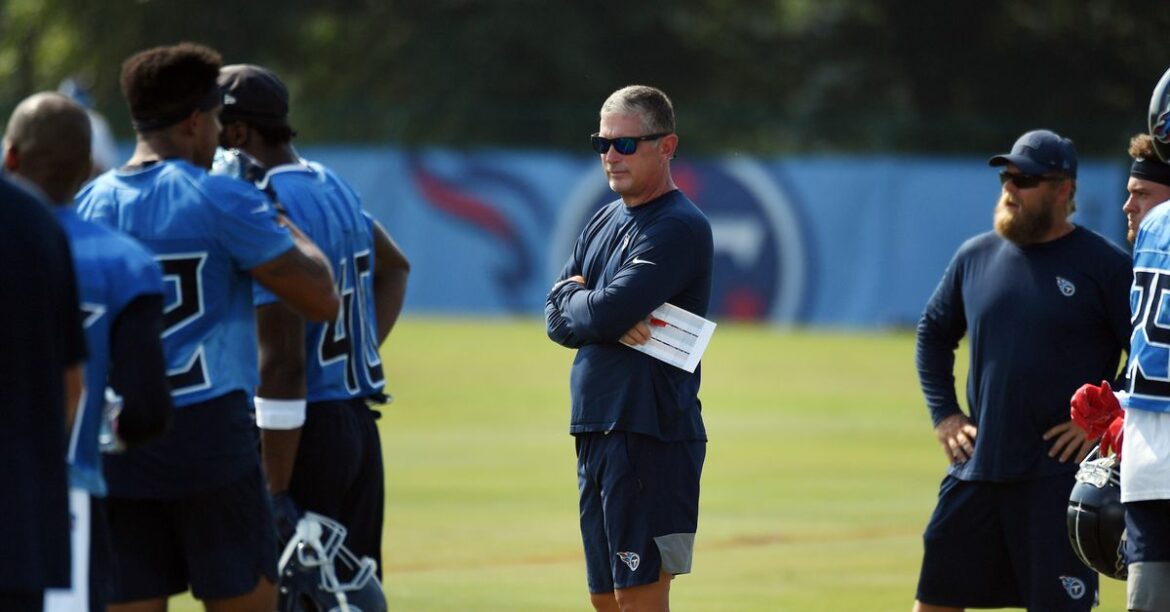 The Tennessee Titans are still at risk of losing senior defensive assistant Jim Schwartz. According to ESPN’s Jordan Raanan, Schwartz is a finalist for the New York Giants’ vacant defensive coordinator job.

The known names in Giants search for a defensive coordinator so far have been Wink Martindale, Sean Desai, Jim Schwartz and Steve Wilks.

Most, if not all conversations, have been virtual. Expectation is there will be some in-person interviews early this week before decision.

The Giants are searching for a new defensive coordinator following Patrick Graham’s decision to depart East Rutherford in favor of joining Josh McDaniels and the Las Vegas Raiders. Per Raanan, Schwartz has already interviewed for the role virtually and may receive an in-person interview later this week. If there’s good news for Titans fans here, it’s that Schwartz is facing some stiff competition for the job. Don ”Wink” Martindale, Sean Desai and Steve Wilks are also in contention, and all have excellent track records defensively. Martindale was recently (and shockingly) let go by the Baltimore Ravens, and Desai found himself on the outs following the Chicago Bears regime change.

Schwartz previously interviewed for the same vacancies with the Indianapolis Colts and Pittsburgh Steelers, but the Colts hired Gus Bradley and the Steelers promoted from within by appointing Teryl Austin.

Should Schwartz fail to land the job in East Rutherford, it’s relatively safe to assume the 55-year-old Schwartz will continue in his role as a senior defensive assistant on Mike Vrabel’s staff. The Titans have made some changes to their staff in recent weeks, by replacing inside linebackers coach Jim Haslett with Bobby Kelly, in addition to the rumored hiring of Tim Kelly in a senior offensive assistant role.

Stay tuned to MCM for all further developments.

UPDATE: The Giants have made their decision. According to multiple reports, Daboll is hiring Martindale.

Schwartz is likely to remain in Tennessee.