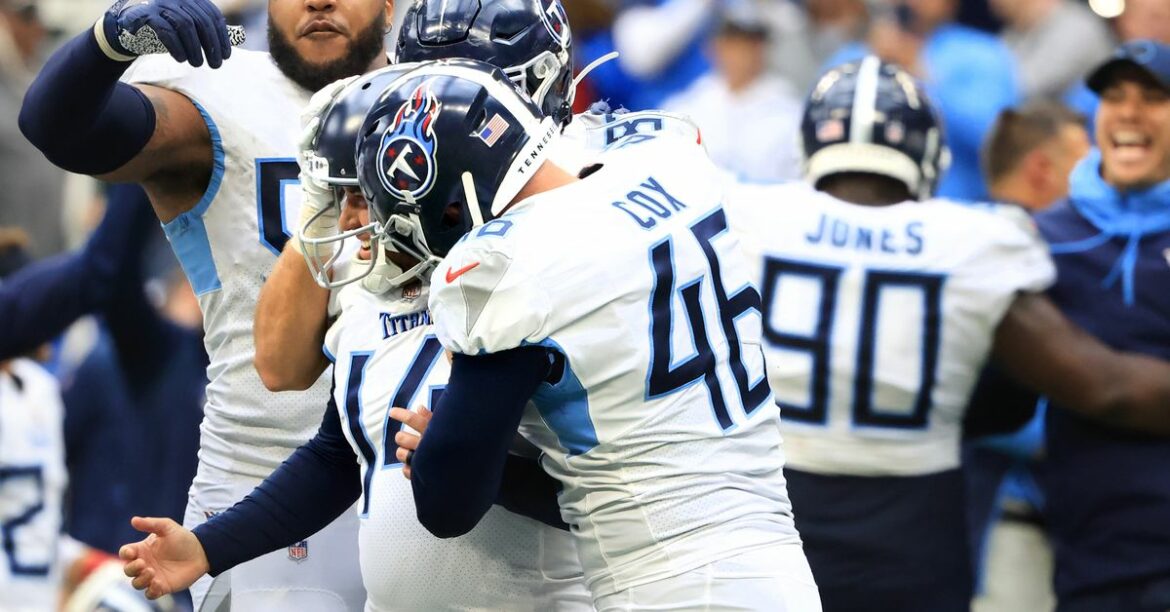 The Titans currently possess 28 free agents, including several key starters and role players. Over the next few weeks, we’ll take an in-depth look at each free agent and provide arguments for why the Titans should, or shouldn’t re-sign that player.

Why the Titans should keep Cox: Cox signed a one-year deal with the Titans in March of 2021. Cox is a Tennessee native and former Volunteer that grew up a Titans fan.

Cox had an excellent 2021 season. We can’t recall a single instance where Tennessee experienced a bad snap, either in the kicking game or punting game in 2021. Cox received several Pro Bowl votes and was an alternate candidate for the event.

Cox won’t be around forever, and there’s no guarantee he even wants to play in 2022, either. A player of Cox’s age could consider retirement, and the Titans need to be prepared for all scenarios.

Final verdict: The Titans should absolutely bring Cox back, assuming the veteran plans to continue playing. There’s no reason he shouldn’t return to Nashville based on his flawless performances throughout 2021.

What are your thoughts? Should the Titans re-sign Cox? Leave your opinion in the comments.