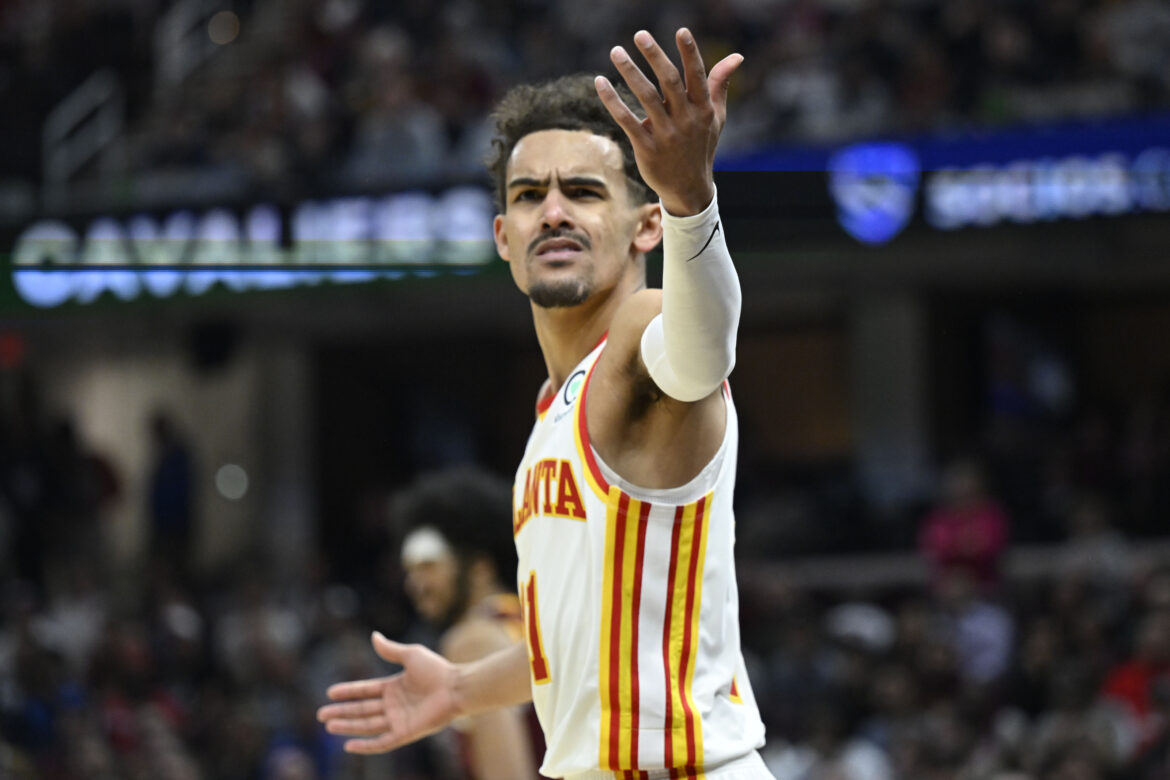 Young walks a fine line between spontaneous combustion and rehearsed theatrics. He has probably spent hours behind closed doors rehearsing the arson. He thinks he looks good in a dynamite vest.

Young orders shenanigans on the regular from ACME — but he almost never bothers with the instructions, at least not in the public arena. Instead, he’s all bashful cockiness.

Young clearly understands the world we all live in with its walls and its boundaries. He smiles at it. Then he snarls. Then the snarl becomes a smile, and the smile becomes a snarl. A facial expression from Trae is always enjoying the torment his actions produce. He enjoys being the bad guy, but not because he is inherently evil.

After all, he is just playing an antagonist in the game of basketball. No one really dies from this, just hopes and dreams and fantasies. He wants us yelling at our televisions and tweeting in ALL CAPS. That’s just the kind of guy he is. He is the Jack Nicholson of basketball.

Cavaliers fans broke out a '[expletive] Trae Young' during the Hawks game and that was a huge mistake https://t.co/0kClfgyXwp pic.twitter.com/RfbB8bnfzL

Trae Young is the villain the NBA needs

Young can’t see that in all his joking beauty the jokes are eventually coming for him. Every dagger he throws now sets up the daggers he’s soon to take. But he can’t think about that right now because a villain needs to live in the moment. A villain has to believe that the hair-brained plot he’s contrived and twisted into rusted being is bulletproof.

You can hate Young, and many a basketball fan with a New York zip code does, but you have to love him also. He makes the plot work.

Young is a fantastic villain. He’s better on the road. He’s better skateboarding past signs saying he doesn’t belong and that loitering is not permitted. You want him going where he’s not supposed to go. How else is he going to fall into a vat of acid or cling to a building by his fingertips?

You want him scheming down by the railroad tracks. You want him tying boa constrictor knots around a damsel in distress and snarling underneath his cartoon mustache. There is no hero without Young barking, “Riddle me this” or “Here we go.” Trae enjoys watching the world burn, and he’s worth the price of admission as he slides down a snowbank’s worth of cold hard cash.

The Hawks don’t really have to win. Young is winning. His floaters are spitballs caked to the school bus ceiling. His layups are thumbtacks in teachers’ chairs. Mom or dad asks, “How was your day?

You could drop him in Public Enemy or White Heat. You could reshoot Scarface again and again, or replace Joe Pesci in any Joe Pesci role with No. 11 and you wouldn’t be downgrading the picture.

Young dropped 32 points in the second half against Cleveland. He’s on top of the world.

We all know how this ends — it ends in flames and ash. After all, your favorite home team has just gone missing. Who else could it have been? There is really only one grotesque and incomprehensible answer in today’s NBA.