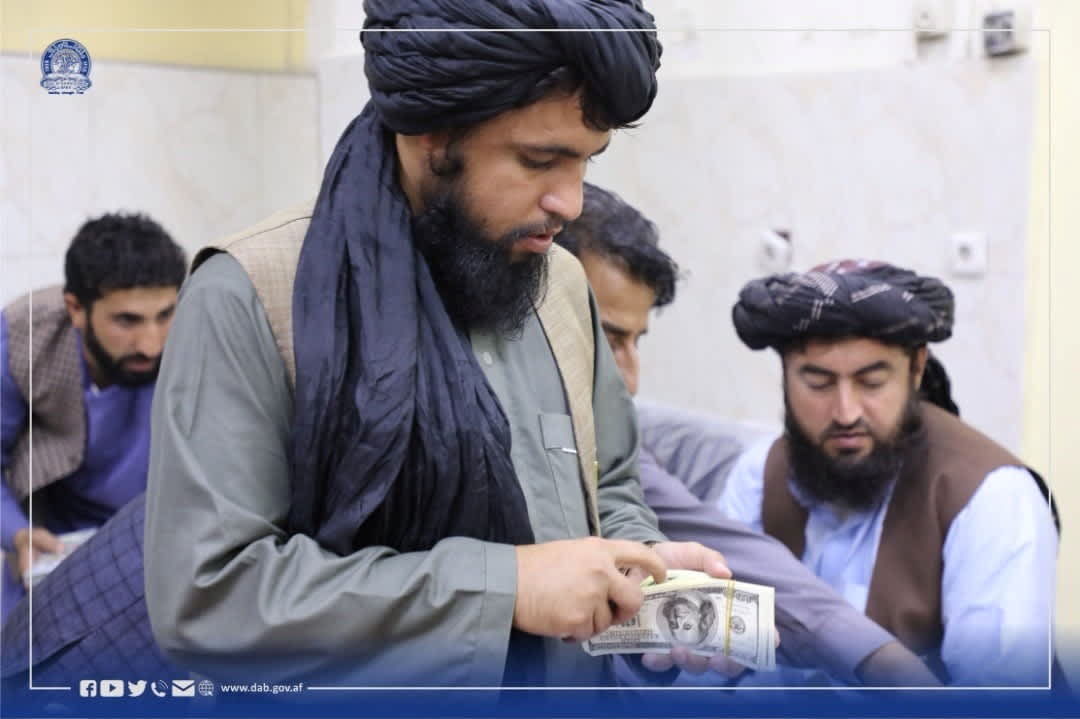 Men are pictured as Afghanistan’s Taliban-controlled central bank seizes a large amount of money in cash and gold from former top government officials, including former vice president Amrullah Saleh, in Afghanistan, in this handout obtained by Reuters on September 15, 2021.

WASHINGTON – The Treasury Department issued licenses Friday that facilitate the movement of U.S. humanitarian aid and financial assistance to the people of Afghanistan, while upholding sanctions on the Taliban, after the Islamist militant group seized control of the country last month.

The two general licenses are aimed at alleviating the crushing U.S. sanctions placed on the Taliban from impacting Afghan civilians. The sanctions freeze any U.S. assets belonging to the Taliban and bar U.S. citizens from engaging in transactions with them, including the contribution of funds, goods or services.

“Treasury is committed to facilitating the flow of humanitarian assistance to the people of Afghanistan and other activities that support their basic human needs,” wrote Andrea Gacki, director of the U.S. Treasury’s Office of Foreign Assets Control, in a statement.

Gacki added that the Biden administration will work with financial institutions, NGOs and international organizations to ease the flow of agricultural goods, medicine and other resources while denying assets to the Taliban and other sanctioned entities.

The United Nations Children’s Fund has warned that 1 million Afghan children are at risk of starvation this year, calling on wealthy nations to put political considerations aside and increase humanitarian assistance to Afghanistan.

“Nearly 10 million girls and boys depend on humanitarian assistance just to survive,” UNICEF’s executive director, Henrietta Fore, said earlier this month at a UN ministerial-level meeting on the humanitarian crisis unfolding in Afghanistan.

“At least 1 million children will suffer from severe acute malnutrition this year and could die without treatment,” Fore said.

Earlier this week, President Joe Biden defended his decision to end the U.S.-led war in Afghanistan in his debut address to the UN.

“As we close this period of relentless war, we’re opening a new era of relentless diplomacy,” Biden told the 193-member body on Tuesday. Biden explained that U.S. military power “must be our tool of last resort, not our first. It should not be used as an answer to every problem we see around the world.”

As foreign and U.S. troops withdrew from Afghanistan, the Taliban carried out a succession of shocking battlefield gains which resulted in their seizure of the presidential palace in Kabul on Aug. 15.

Biden administration officials have since said that the U.S. will continue to allow humanitarian work in Afghanistan despite blacklisting the Taliban as a global terrorist group.