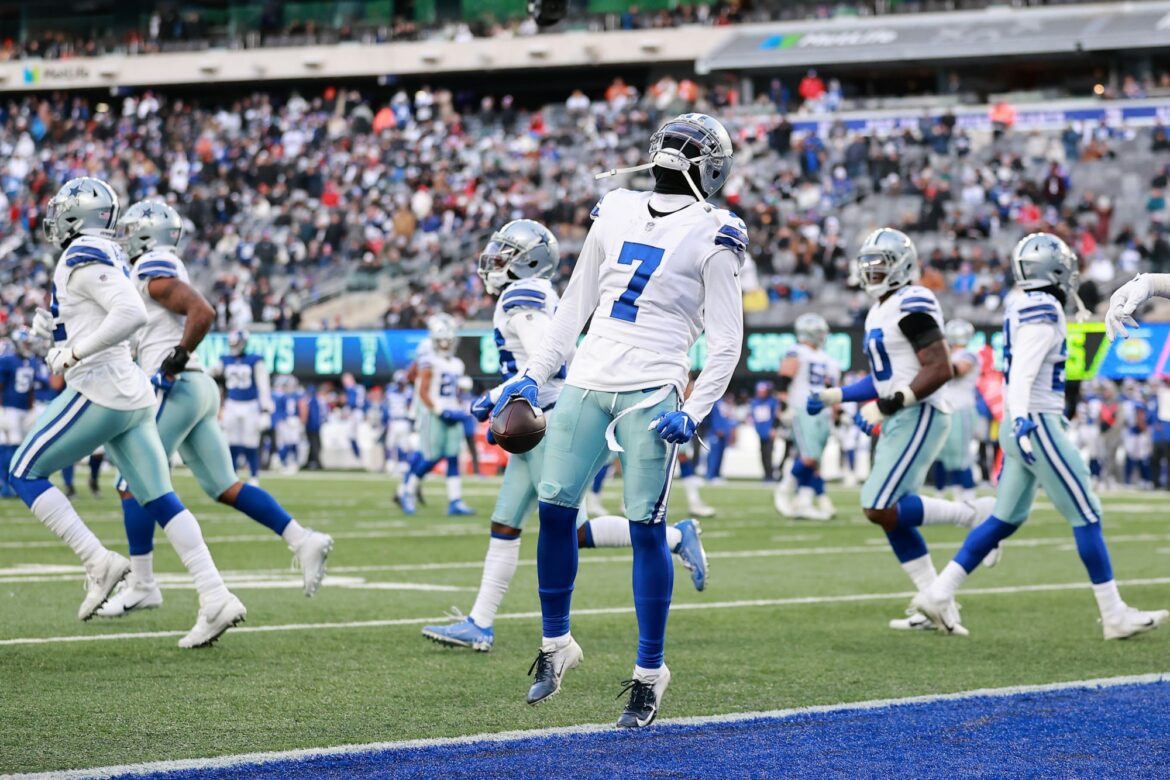 Trevon Diggs and Demarcus Lawrence are high on their own defensive supply, making bold claims after another win.

It seems a matter of when not if the Dallas Cowboys will be crowned NFC East champions.

Inching closer and closer to a return to the playoffs, the Cowboys confidence is soaring higher and higher. After a second-straight divisional win in a row, the Cowboys could shore up the division as early as Tuesday and might not have to wait much longer than next Sunday.

It’s that soaring confidence that has both fans in Dallas swooning and others around the league rolling their eyes and licking their chops. If a fellow division rival or a future playoff opponent is looking for further motivation to knock the Cowboys back to Earth, Trevon Diggs is offering up bulletin board material.

After the game, Diggs had a bold claim about the Cowboys defense — one that puts a target on Dallas’ back heading into the final stretch of the season.

How does the Cowboys defense stack up against the other NFL defenses?

Cowboys CB Trevon Diggs: “We the best defense. For sure.”

Diggs wasn’t the only member of the Dallas defense making bold proclamations after the win. Demarcus Lawrence stood firm behind his teammate in declaring the

Cowboys DE DeMarcus Lawrence said this is the best defense he’s ever played on: “Yes, hands down.”

On all the Cowboys fans at MetLife Stadium today: “It’s the Dallas Cowboys. When we winning, that’s what’s going to happen.” pic.twitter.com/fr4XSZxBI0

It’s a statement drunk on hubris, but neither player is entirely wrong for caping for their own defense, bias aside. Diggs himself has been one of the best defensive backs in the league this year, and Dan Quinn has taken one of the worst defenses in the NFL and completely revamped it.

So perhaps the better statement is that the Cowboys defense is the best it’s been in a while, which would both be true and something not many expected to see to the extent witnessed. The metric for the success of Quinn’s overhaul of the Cowboys defense was an extremely low bar to clear, but the results have gone above and beyond.

The question is whether or not the Dallas defense can keep it up through a divisional gauntlet to end the season, and if the talk can get backed up when it truly matters in January.