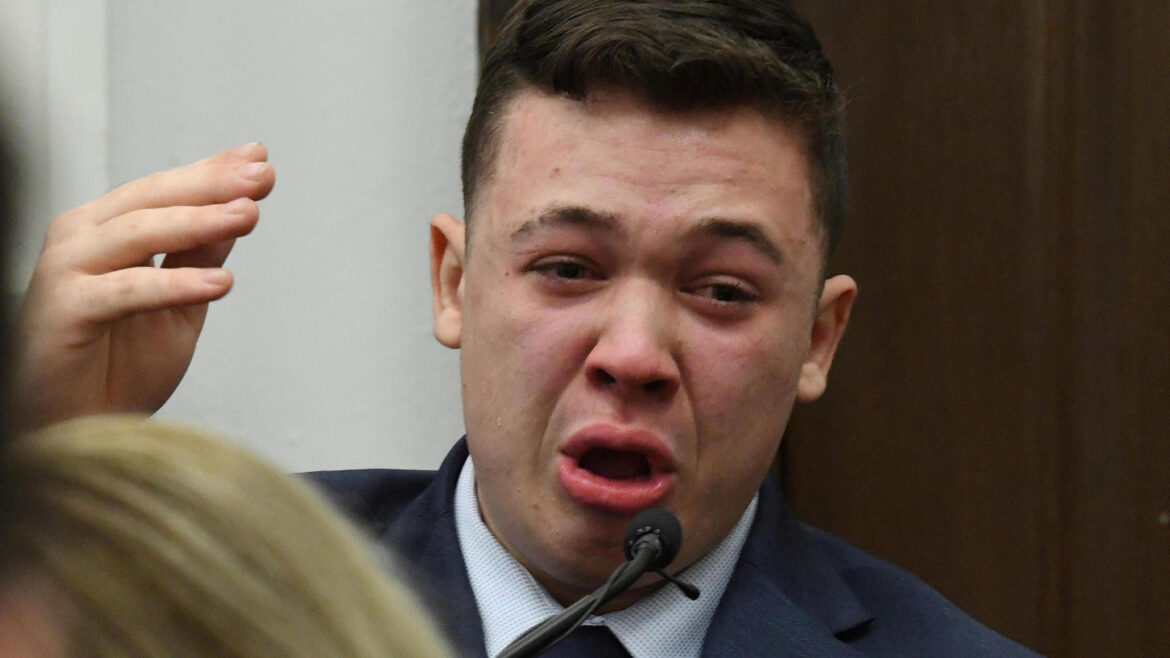 Kyle Rittenhouse breaks down on the stand as he testifies during his trial at the Kenosha County Courthouse in Kenosha, Wisconsin, November 10, 2021. (Mark Hertzberg/Pool via Reuters)

Kyle Rittenhouse broke down sobbing on the stand while testifying in his own defense on Wednesday, prompting the judge to call a ten-minute recess.

Rittenhouse began to sob and hyperventilate as he described the moment he fatally shot two attackers and wounded another during a protest following the police shooting of Jacob Blake in Kenosha, Wisc.

While the defense is contending that Rittenhouse, fearing for his life, fired his weapon in self-defense, the prosecution is claiming that his actions were criminal, and that he committed five felonies and a misdemeanor that night.

While questioning Rittenhouse, Assistant District Attorney Thomas Binger implied that his silence ahead of the trial was potentially incriminating. Rittenhouse’s attorney objected to the line of questioning. The judge sustained the defense’s objection and admonished the prosecutor for implying Rittenhouse should be penalized for exercising his constitutional right to remain silent.

“This is a grave constitutional violation for you to talk about the defendant’s silence, you’re right on the border line, you may be over. It better stop…This is not permitted,” the judge said, speaking to the prosecution attorney,

Many legal experts have suggested that the prosecution’s witnesses have bolstered the defense’s case, with witness Gaige Grosskreutz admitting on cross examination that he first pointed his gun at Rittenhouse before Rittenhouse fired at him.

On Wednesday, Rittenhouse said that the first man he shot, Joseph Rosenbaum, was chasing him, as bystander Joshua Ziminsky instructed Rosenbaum to “get him and kill him.”

Rittenhouse then described trying to turn himself into police because he didn’t “do any thing wrong.” The police told him to go home even after he told them he had shot someone.