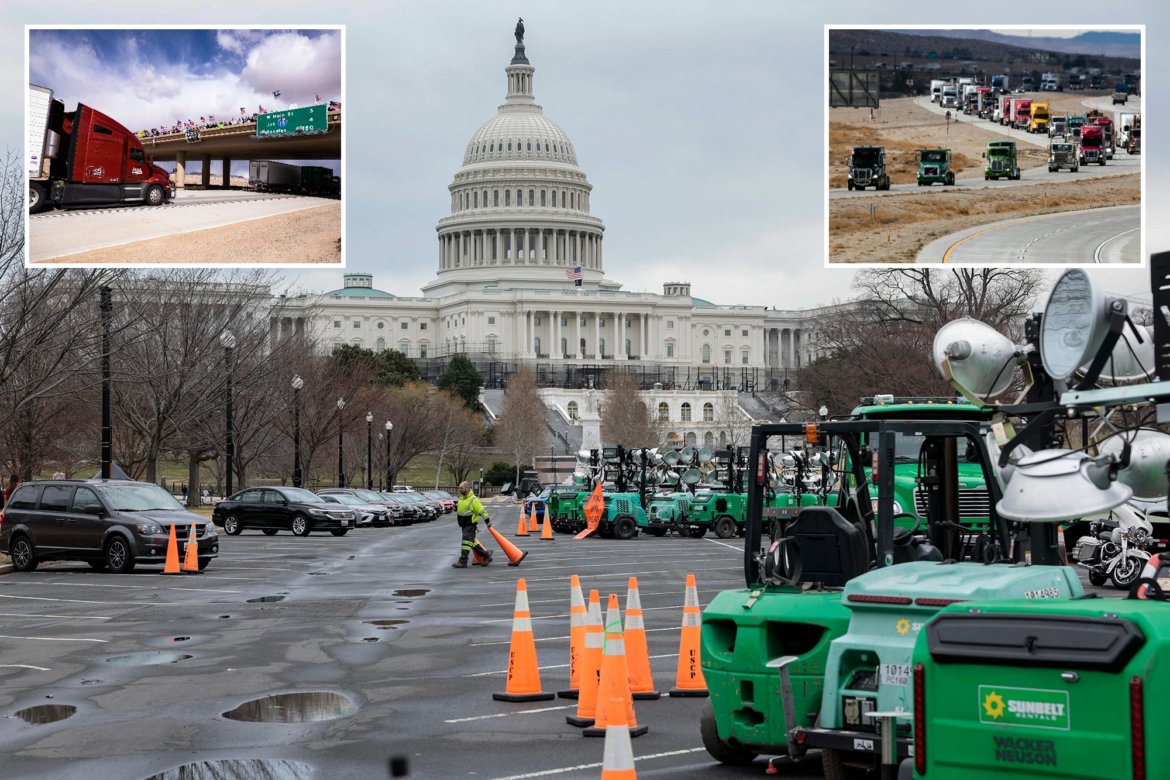 A convoy of truckers opposed to COVID-19 mandates set off on a planned cross-country drive from Southern California to the Washington DC area Wednesday as the Pentagon approved a request to deploy approximately 700 unarmed National Guard troops ahead of the group’s expected arrival.

About two dozen trucks and a number of other vehicles hit the road from the Mojave Desert town of Adelanto as part of a self-proclaimed “People’s Convoy.”

Organizers said in a statement that they planned to undertake a “100% safe, lawful and peaceful” journey that would “terminate in the vicinity of the DC area, but will NOT be going into DC proper.”

Arrival was scheduled for March 5, but some participants are expected to arrive in the Washington area in time for President Biden’s March 1 State of the Union address to Congress.

A convoy of truckers set off from Southern California to Washington DC to protest COVID-19 vaccine mandates.EPA/ETIENNE LAURENT

The California convoy is one of at least three demonstrations organized online and modeled on the recent protests by Canadian truckers that shut down US border crossings and clogged the streets of the capital, Ottawa, for weeks.

“To our brave and courageous neighbors to the North — our Canadian brothers and sisters who led the charge — we join your call to Freedom with THE PEOPLE’S CONVOY,” reads the California organizers’ statement. 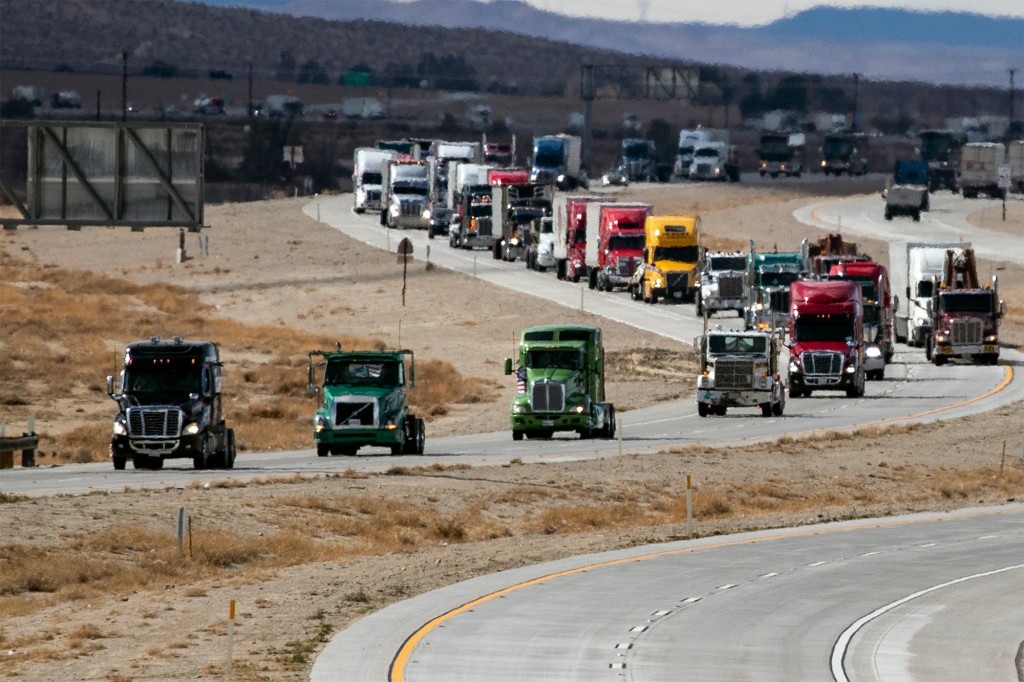 The convoy is scheduled to arrive in DC by March 5.EPA/ETIENNE LAURENT

Vehicles in the group carried signs with slogans such as “Legalize freedom” and “Let them breathe.”

The Pentagon said in a statement that 300 Guard members from other states will join up with 400 DC Guard members to help with what spokesman John Kirby described Wednesday as “traffic support needs.” They will not carry firearms or take part in law enforcement activities.

The Canada protests began last month to protest a vaccine requirement for cross-border truckers. It soon grew into a mass demonstration against the Canadian government over other coronavirus regulations and caused disruptions to the international auto trade – at one point halting traffic on the Ambassador Bridge between Detroit and Windsor, Ontario, causing automakers to suspend production. 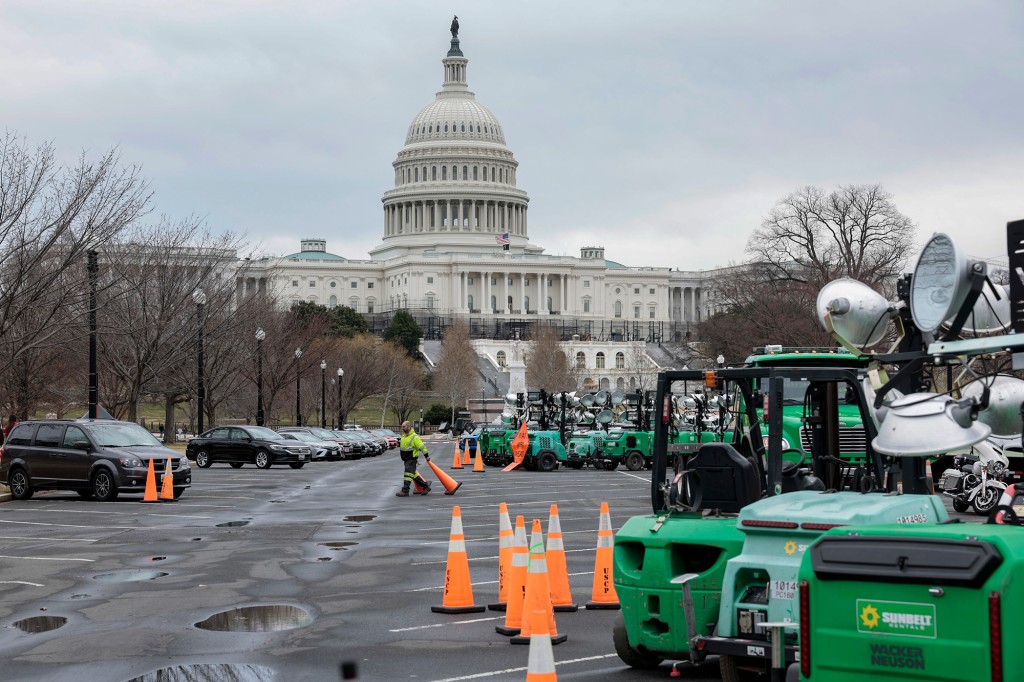 The Capitol building being prepared for President Biden’s State of the Union address on March 1.Getty Images

Trudeau was criticized by conservatives and libertarians in both the US and Canada for his actions and revoked the emergency authority on Wednesday after the Ottawa protesters were cleared over the weekend.

Officials in the US have long been on the lookout for a similar demonstration.

Earlier this month, the Department of Homeland Security confirmed to The Post that it was tracking “a potential convoy that may be planning to travel to several U.S. cities.” The department added that it had not seen calls for violence related to any potential protest and was working closely with federal, state and local partners. 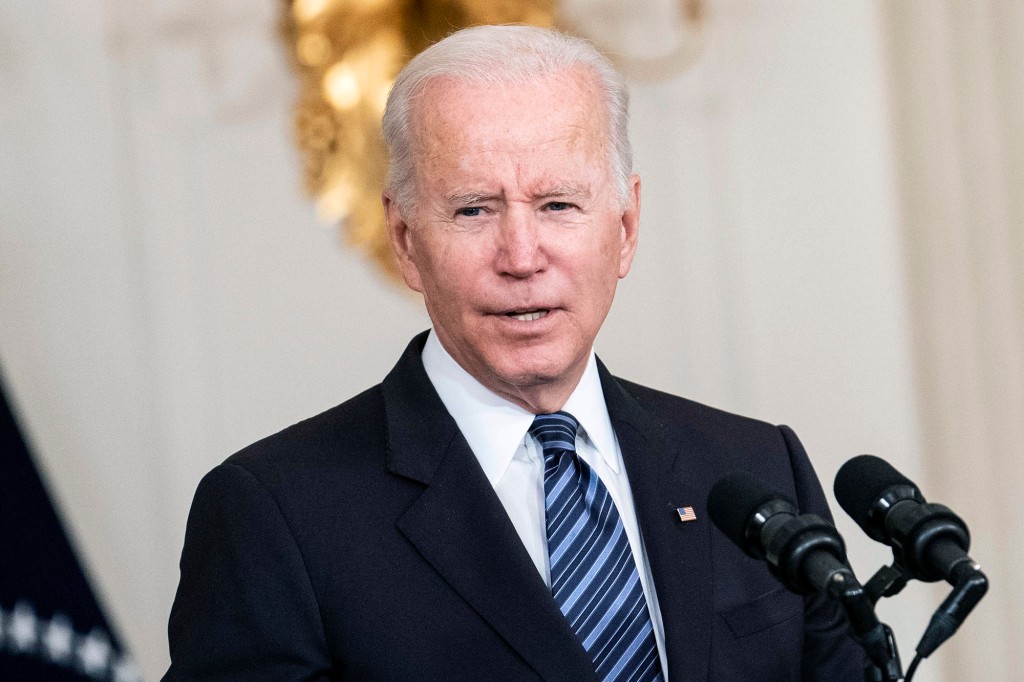 Some members of the convoy are expected to arrive in time for Biden’s State of the Union.Photo by Sarah Silbiger/Getty Images

On Tuesday, White House press secretary Jen Psaki confirmed that the administration was working “closely with our federal, state, and local partners to continuously assess the threat environment and keep our communities safe.”

“Our efforts include enhanced intelligence sharing, a Critical Incident Response Plan for the US Capitol, a regional security assessment, and a simulation experiment that developed data-driven recommendations to bolster regional security,” she added. “So, we are closely monitoring, closely watching, and working with state and local authorities.”