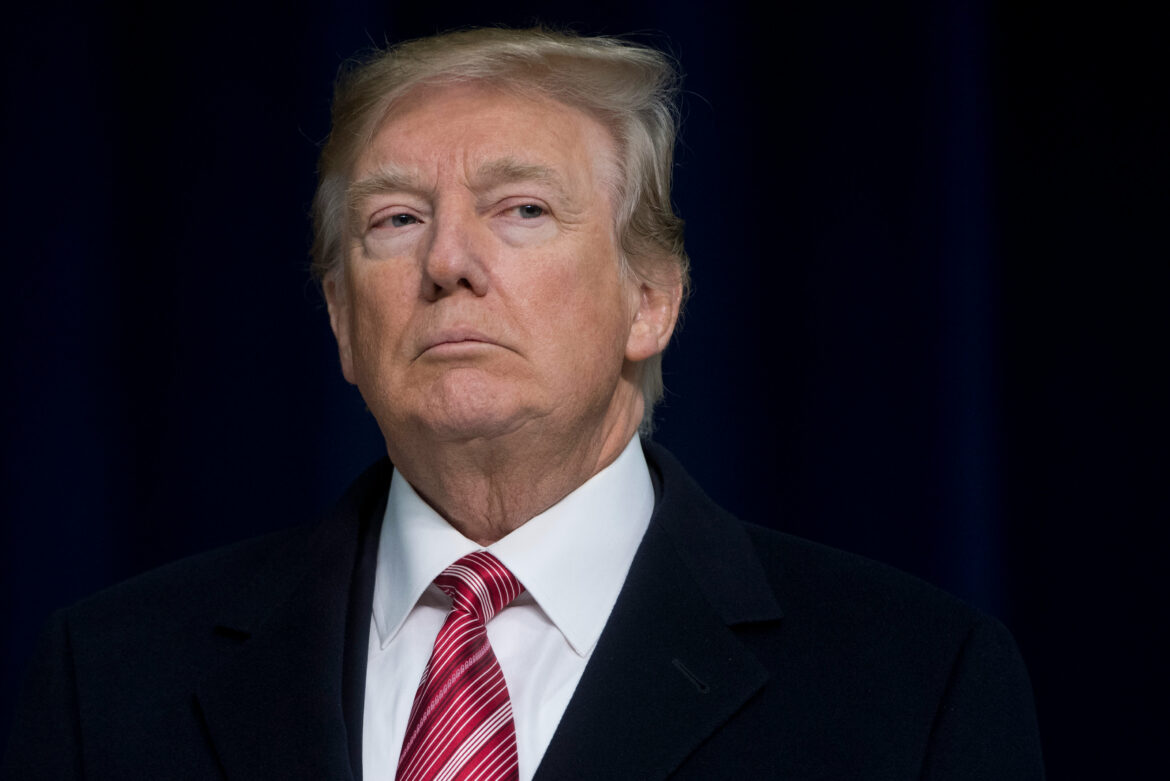 US President Donald Trump speaks during a retreat with Republican lawmakers at Camp David in Thurmont, Maryland, January 6, 2018.

Former President Donald Trump asked the Supreme Court on Thursday to block a demand for White House records from the House select committee investigating the Jan. 6 Capitol riot by a mob of Trump supporters.

The request came two weeks after two lower courts rejected Trump’s argument that the records are protected by executive privilege, a legal doctrine that allows some White House communications to be kept private.

President Joe Biden had declined to invoke privilege over the disputed documents.

The Supreme Court is not obligated to hear Trump’s case, which seeks to prevent the National Archives from giving the House committee hundreds of pages of records from the Trump White House.

The former president asked that until the Supreme Court decides whether to take his case, it blocks the records from being sent to the panel in the meantime.

“A former President has the right to assert executive privilege, even after his term in office,” the petition argues. “Congress may not rifle through the confidential presidential papers of a former President to meet political objectives or advance a case study.”

Trump lashed out at the committee in a statement Thursday which rehashed his false claims that Biden was elected president over him only because of widespread ballot fraud.

“The people being persecuted by the January 6th Unselect Committee should simply tell the truth, that they are angry about the RIGGED Presidential Election of 2020,” Trump said.

“People are entitled to Freedom of Speech, and perhaps there has been no time in our Country’s history where Freedom of Speech has been so totally violated,” he said. “They don’t want to talk about election results because they know they can’t win.”

Trump’s request to the Supreme Court to take his appeal came as the select committee is looking at his role in January’s riot, when hundreds of Trump’s supporters violently stormed the Capitol and forced members of the House and Senate to flee their chambers.

The rioters, many of whom were spurred on by Trump’s repeated lie that victory in the 2020 election had been stolen from him, temporarily stopped Congress from confirming Biden’s Electoral College victory.

The committee is also investigating whether Trump sought to stop Congress from its official duty to count the electoral votes.

The panel’s vice chair, Rep. Liz Cheney of Wyoming, one of just two Republicans on the nine-member committee, last week said that a “key question before this committee” is whether Trump, “through action or inaction, corruptly [sought] to obstruct or impede Congress’ official proceedings to count electoral votes.”

A federal district judge last month ruled against Trump‘s effort to keep the records from the committee, writing that his stance “appears to be premised on the notion that his executive power ‘exists in perpetuity … but presidents are not kings, and Plaintiff is not President.”

Trump appealed to the U.S. Court of Appeals for the District of Columbia Circuit, but that court upheld Chutkan’s ruling.

Biden “and the Legislative Branch have shown a national interest in and pressing need for the prompt disclosure of these documents,” a panel of three judges on the circuit court said in their Dec. 9 decision.

However, the appeals court granted Trump’s request to temporarily halt the release of the documents during litigation, giving Trump’s lawyers 14 days to submit filings to the Supreme Court before the temporary injunction would be lifted.