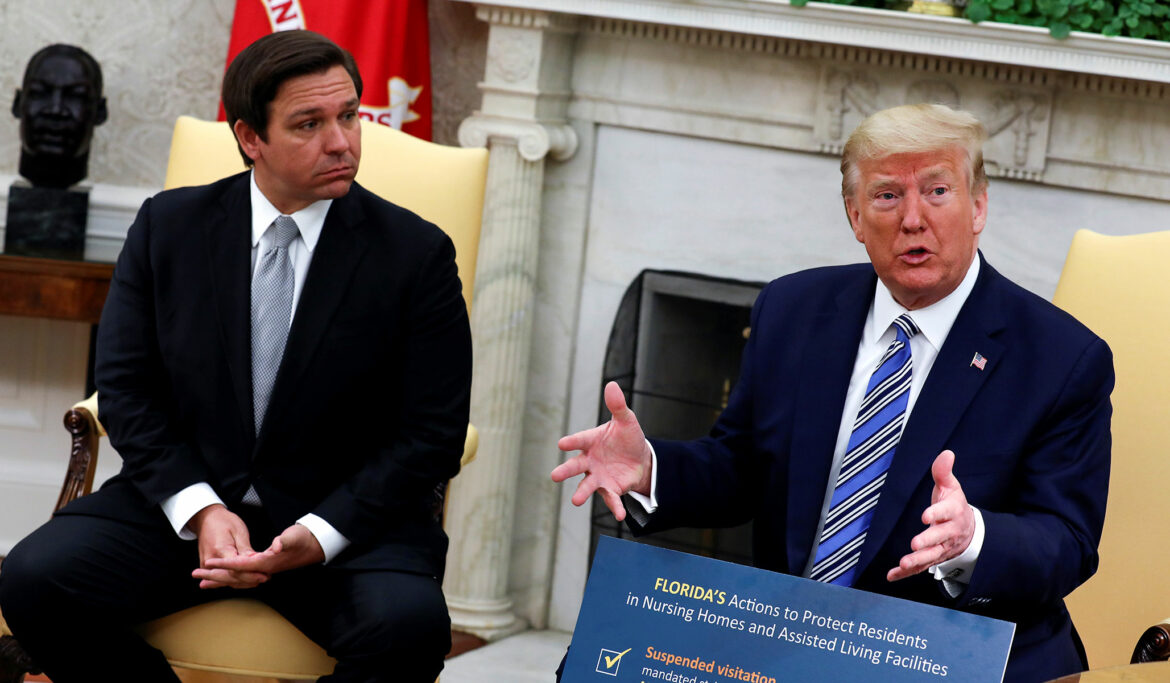 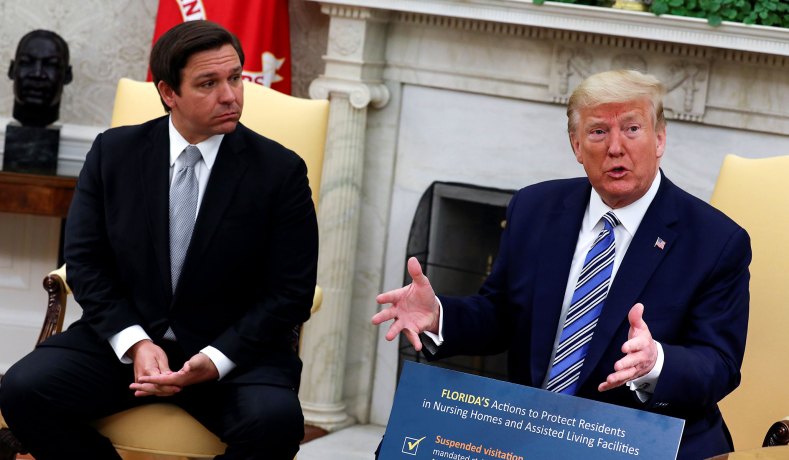 Then-president Donald Trump speaks about the coronavirus response during a meeting with Florida Governor Ron DeSantis in the Oval Office at the White House in Washington, D.C., April 28, 2020. (Carlos Barria/Reuters)

Donald Trump won the Conservative Political Action Conference straw poll on Sunday, with 59 percent of respondents saying they would vote for the former president in the 2024 presidential primary.

Florida governor Ron DeSantis was runner-up with 38 percent of the vote, according to the poll conducted at CPAC by secret ballot. Former secretary of state Mike Pompeo trailed with 2 percent.

Ninety-seven percent of CPAC attendees said they approve of Trump, with 83 percent saying they strongly approve.

Meanwhile, in a poll of potential 2024 candidates without Trump, DeSantis’s support jumps to 61 percent. Pompeo received 6 percent of the vote, as did Donald Trump Jr.

Meanwhile, the polling showed a scathing rebuke of President Biden, granting him 99 percent disapproval and saying his “competence” is the greatest threat to America’s safety and national security. Sixty-one percent of respondents said Biden’s competence is the country’s greatest threat, beating out China (35 percent) and Russia (3 percent).

The polling comes one year after Trump won the 2021 straw poll with 55 percent of the vote. Last year, DeSantis received just 43 percent of the vote in a poll of potential 2024 candidates without Trump, while Noem drew 11 percent.