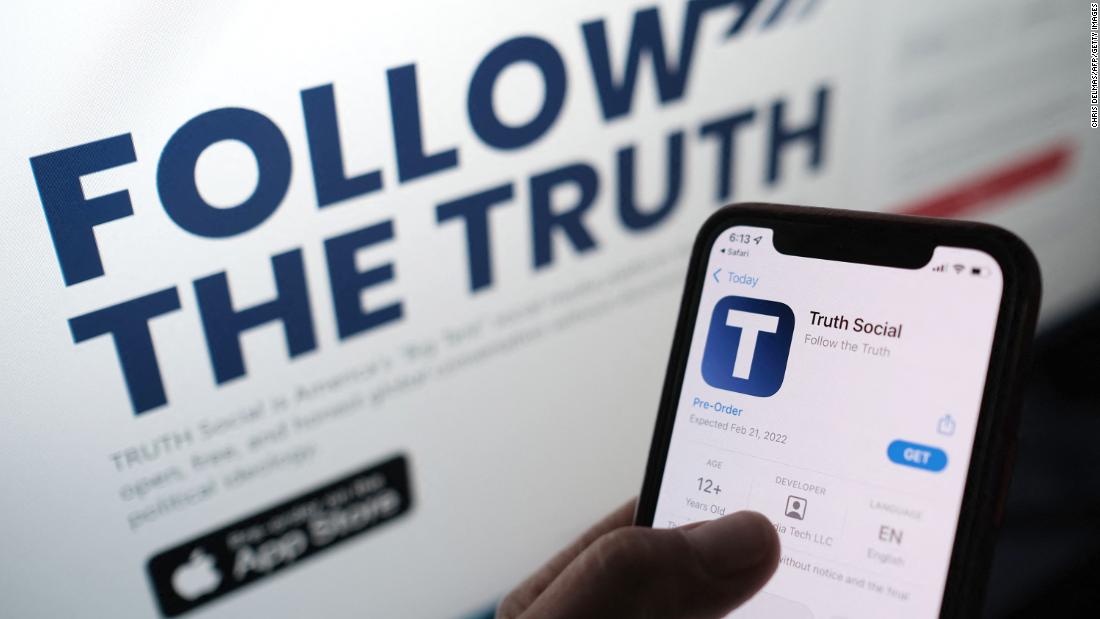 Users who downloaded the app Monday morning were greeted by a message inviting them to register for the service — but the signup process ended in a waitlist to access the platform that had already grown to more than 150,000.

The app’s debut in the app store shows how Trump is seeking to muscle his way back onto social media a year after being suspended by multiple mainstream platforms, including Facebook (FB), Twitter and YouTube, following the Jan. 6 Capitol riot.

“Get Ready! Your favorite President will see you soon!” read the elder Trump’s message. Posts on the platform are referred to as “truths,” while amplifications of a post are known as “retruths.”

Devin Nunes, the former Republican congressman who quit to become the CEO of Trump’s media company, said last week Truth Social expects to be “fully operational” by the end of March, when “anyone can get on the platform within the United States at any time.” Trump’s app joins a growing ecosystem of digital products catering to, or popular with, conservatives. Rumble, Parler, Gettr and other services have cropped up as alternatives to mainstream social networks. But some have encountered growing pains: Parler, for example, was removed last year from Apple and Google’s app stores amid allegations that Jan. 6 rioters used the platform to incite violence.