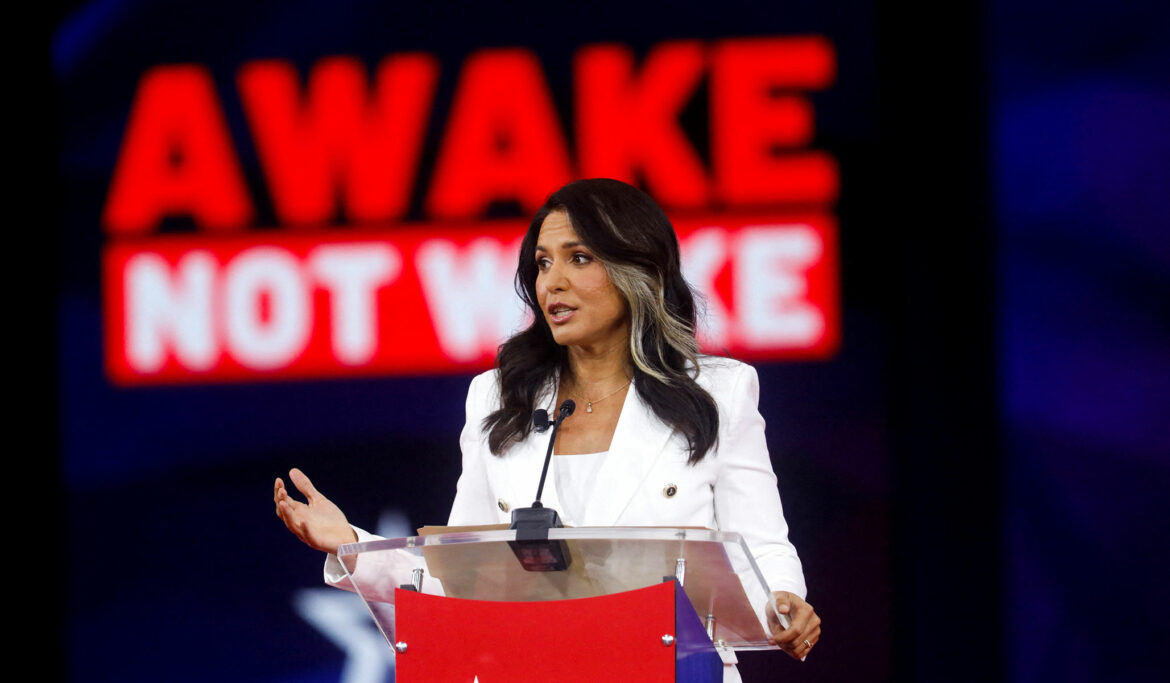 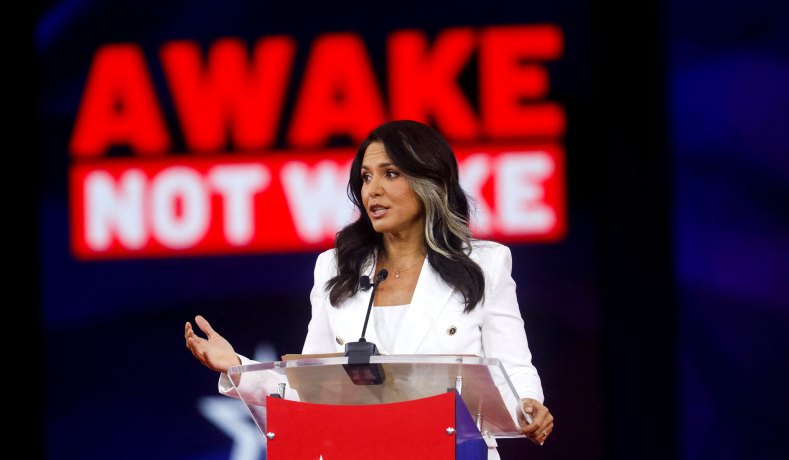 Making an unexpected appearance that ruffled feathers on both sides of the aisle, Gabbard noted the increasingly authoritarian trajectory of the modern Left.

“They’re hypocrites. They proclaim that we must go to war to spread democracy and freedom while they actively work to undermine our democratic republic and our freedoms right here at home,” she said.

As Russia’s invasion of Ukraine escalates, Gabbard criticized the Biden administration’s “neo-con, neoliberal” foreign policy, which she claims ships soldiers overseas to “be the policemen of the world… all in the name of ‘spreading democracy.’”

While the U.S. has increased its troop presence in Poland and other NATO countries to help process refugees fleeing the conflict, the Pentagon has not deployed troops to join the fight in Ukraine.

After taking on the Democratic Party’s alleged foreign policy failures, Gabbard slammed the Biden administration for punishing dissent at home. While a Democrat, Gabbard has differentiated herself from the party through her isolationist foreign policy views and her opposition to radical left-wing social ideology.

She said she’s observed that progressives exploit times of panic to tighten the government’s grip on the population.

“They use crises, emergencies, times of war, whether it’s a cold war or a hot war to embolden the security state and infringe on our liberties and our rights. We saw it with the Patriot Act, we saw it with Covid, we’re seeing it happening now in the name of ‘democracy’ as again our government works with Big Tech to censor misinformation about what’s going on with Russia’s war with Ukraine,” she said.

The former Army national guard major then slammed the Department of Homeland Security for using the specter of domestic terrorism to harass political opponents.

“Those in power see themselves as the high priests in a secular theocracy. This explains why they see those who disagree with them as heretics. So it’s not surprising that those who reject their leadership, these are the people who were targeted by Biden’s attorney general as domestic terrorists simply for holding anti-authority views,” she said.

“Basically what they’re telling us is ‘you are an enemy of the state if you dare to oppose or even question the president, his administration, or his policies. Shut up, step back, fall in line, or we’re coming after you.’”

She blasted Canadian Prime Minister Justin Trudeau for “resorting to genuinely authoritarian and tyrannical means” to squash the “peaceful mass protest” of the trucker convoy lobbying the government to end the cross-border vaccine mandate.

“The execution of emergency powers, freezing of bank accounts, seizure of children from parents, etc.” are all things that “could happen here,” she warned, if Americans aren’t vigilant.

Gabbard lauded the parents of Loudoun County, Va. for their efforts to take back control of their children’s education. She bashed Attorney General Merrick Garland’s memo that mobilized the FBI and federal law enforcement to probe and potentially prosecute parents who allegedly leveled “threats” against school administrators.

“They’re fighting against boards of education and politicians who believe that parents don’t have the right to raise their own children,” she said.