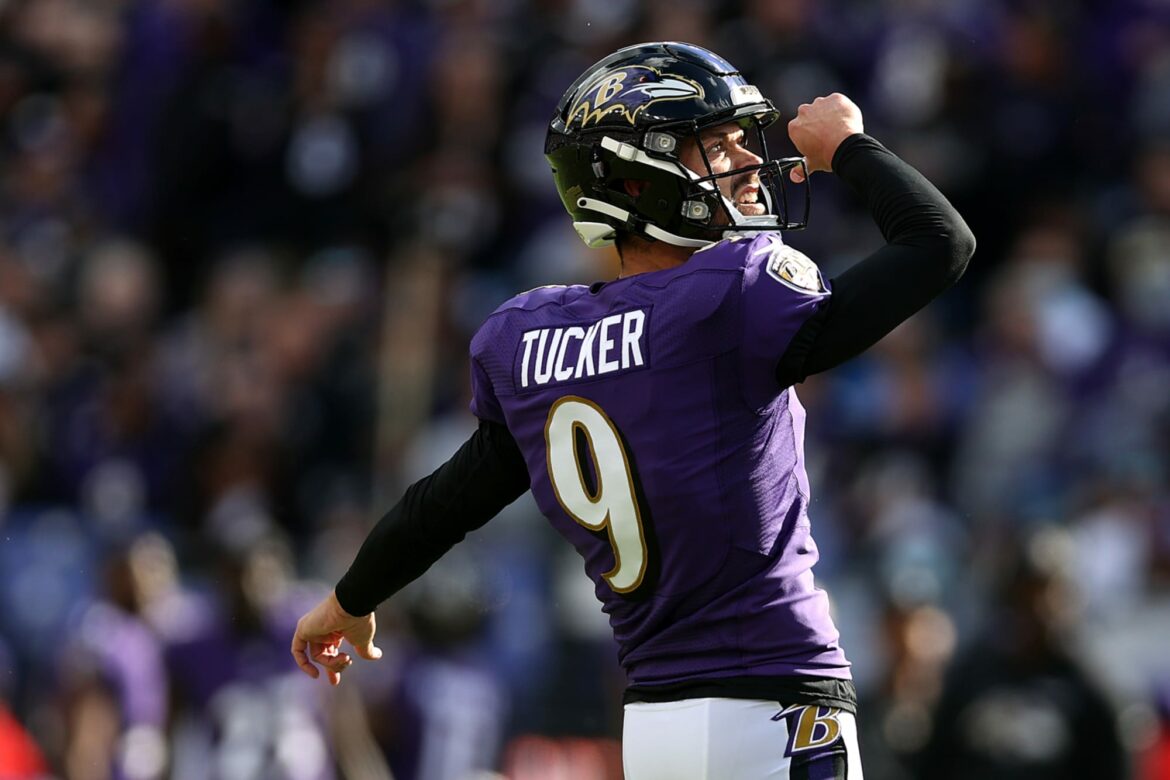 Baltimore Ravens kicker Justin Tucker is so good, he hardly ever misses a field goal — so when he does, it sends Twitter ablaze to see a historic miss.

There are so many ways to describe just how good future Hall of Fame kicker Justin Tucker is, the easiest way being that he broke the NFL record for longest field goal at 66 yards earlier this season.

Tucker is also the most accurate NFL kicker of all time, earning a career 90.8 percent field goal percentage. Nine out of every ten kicks goes straight through the goalposts, but every once in a while, Tucker misses — and it’s always a cause for conversation.

After two drives that ended in punts, the Ravens went for a field goal from 48 yards out. It’s a kick Tucker has made hundreds of time over the course of his decade-long NFL career, but this time, the ball drifted right as it missed the mark.

During their next possession, Tucker redeemed himself by making a 46-yard field goal, but the Internet wouldn’t let him forget missing in the first quarter.

NFL fans and analysts had fun joking around about the rare moment witnessed on Thursday night.

ESPN analyst Field Yates joked that this was Tucker’s first missed field goal in his career, because that’s just how uncommon the occurrence is.

FanSided’s John Buhler had empathy for Tucker’s miss, saying that it’s something all NFL fans feel whenever he misses.

When Justin Tucker misses, we all feel it.

Others just demonstrated their shock as soon as Tucker missed.

Mercury is in retrograde when Justin Tucker misses field goals

I never know how to react when Justin Tucker misses a FG. It feels like natural laws have been broken.

Wait. Justin Tucker missed a FG? Are we in for another insane week?

The Athletic’s Arif Hasan poked fun at the team he covers, the Minnesota Vikings, by joking that the Vikings’ missed field goals were contagious. The Ravens narrowly defeated the Vikings last week, winning by — you guessed it — the difference of a field goal.

Justin Tucker makes contact with the Vikings once and

Before the game even started, The Pat McAfee Show’s Boston Connor may have cursed Tucker by questioning if he ever misses.

Is Justin Tucker as automatic as they come?

(Question will screw one kick at some point tonight)

While Tucker remains automatic on the following drives, it remains a rarity to witness arguably the best kicker of all time miss a kick.