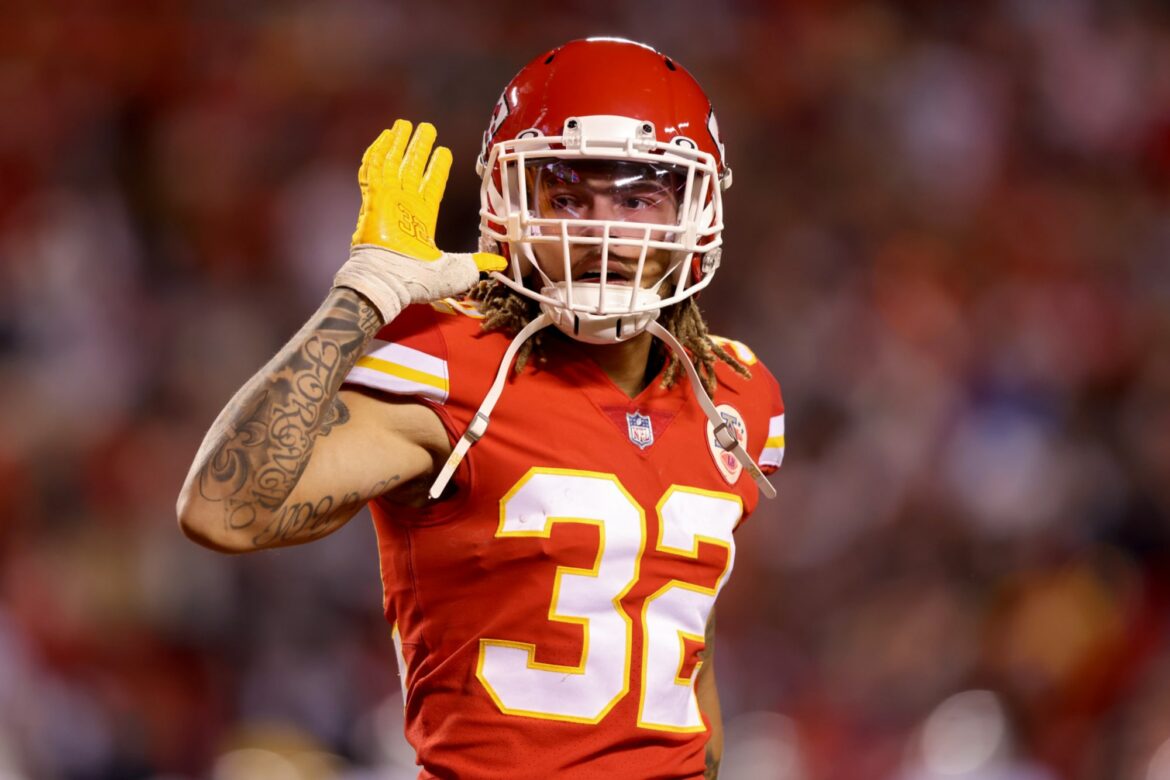 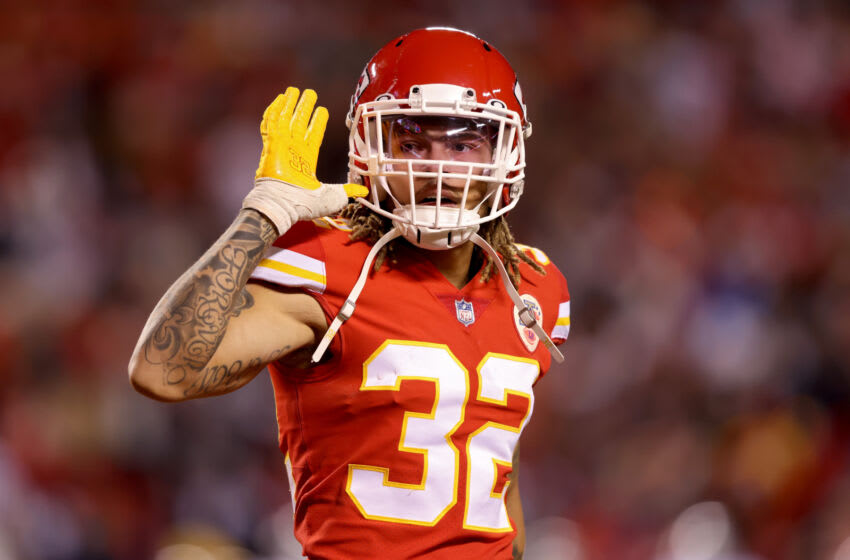 KANSAS CITY, MISSOURI – NOVEMBER 21: Tyrann Mathieu #32 of the Kansas City Chiefs gestures to the fans after a fourth quarter interception against the Dallas Cowboys at Arrowhead Stadium on November 21, 2021 in Kansas City, Missouri. (Photo by Jamie Squire/Getty Images)

With the Kansas City Chiefs and Tyrann Mathieu still negotiating a new deal, the star safety has made it clear he’d like to be back next season.

What does the future have in store for Tyrann Mathieu and the Kansas City Chiefs? That question remains up in the air. The superstar safety is in the final season of his contract with the team. So, will he return in 2022?

With him being an unrestricted free agent, he’s open to sign with anyone he wants this offseason. With that said. Mathieu loves the way things have been in Kansas City and it appears that he really is hoping for a reunion.

With Mathieu coming out and saying that Kansas City feels like home to him, that really tells you how high he is on making plays for the defense come 2022 and beyond. At the end of the day, though, he and the front office haven’t been able to connect in terms of an extension.

Right now, Kansas City is clearly focused on closing out the season as AFC West champs and doing everything they can to get back to the Super Bowl for the third consecutive season. The longer they wait to finalize things with Mathieu, however, the more worry there will be that he’ll be more excited about leaving town in the future.

The two sides were hoping to figure things out last offseason, but there was no dice there. Now, everyone is going to have to wait and see what will happen with Mathieu down the road. If you ask the Kansas City supporters, though, they’d certainly love him back in the fold for Week 1 come next year.