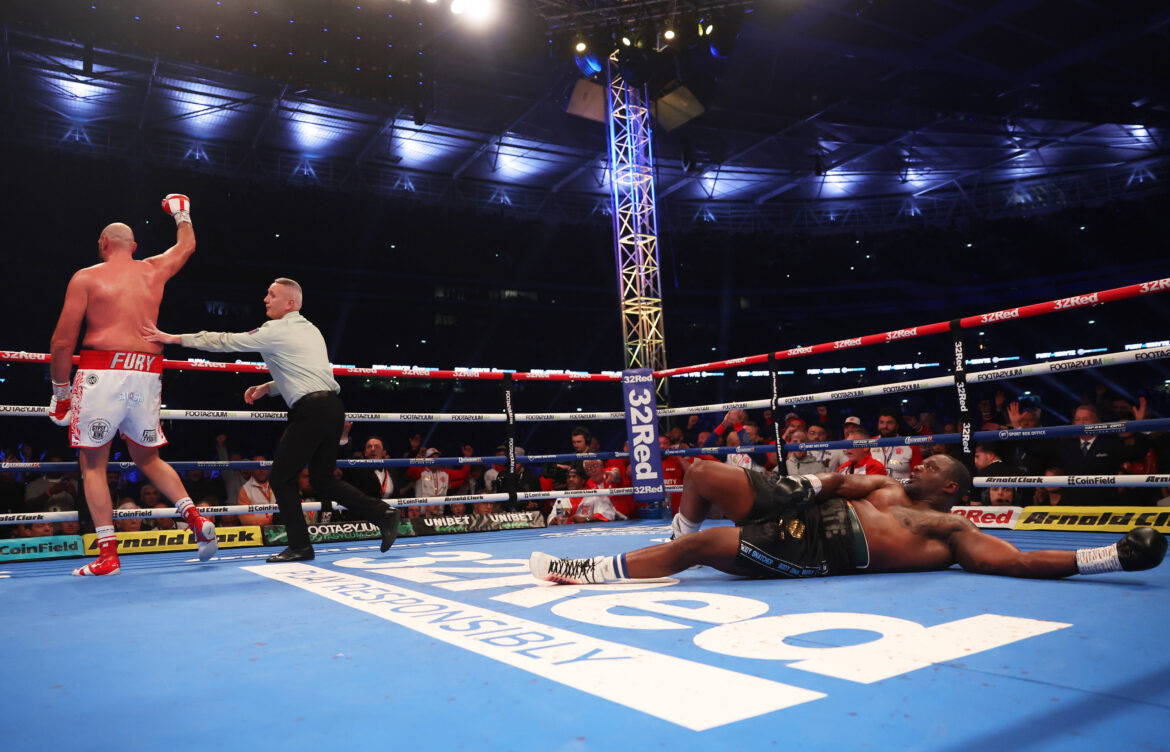 Tyson Fury continued his winning ways on April 23, with a perfectly timed right uppercut to defeat Dillian Whyte via TKO in round 6.

Fury (32-0-1, 23 KOs) extended his perfect record in a nearly flawless performance at London’s Wembley Stadium in front of an estimated 94,000 fans. Fury and Whyte are both British and had the fans hyped before their ring walks.

Whyte arguably won round 1, but had a hard time finding anything for the remainder of the fight.

Things got ugly in round 4. Fury and Whyte clinched in the corner, and Whyte hit Fury behind the head several times.

Fury’s corner splashed water into the ring and the referee talked to both boxers.

Fury was boxing well and in round 6, connected to Whyte’s jaw with a short right uppercut. Whyte fell to the canvas and attempted to get up, but his legs were shot.

With Whyte slipping and sliding, the referee stopped the fight giving Fury the round 6 TKO.

Fury said that he believes this is his final fight, but didn’t give a definite answer on his future.