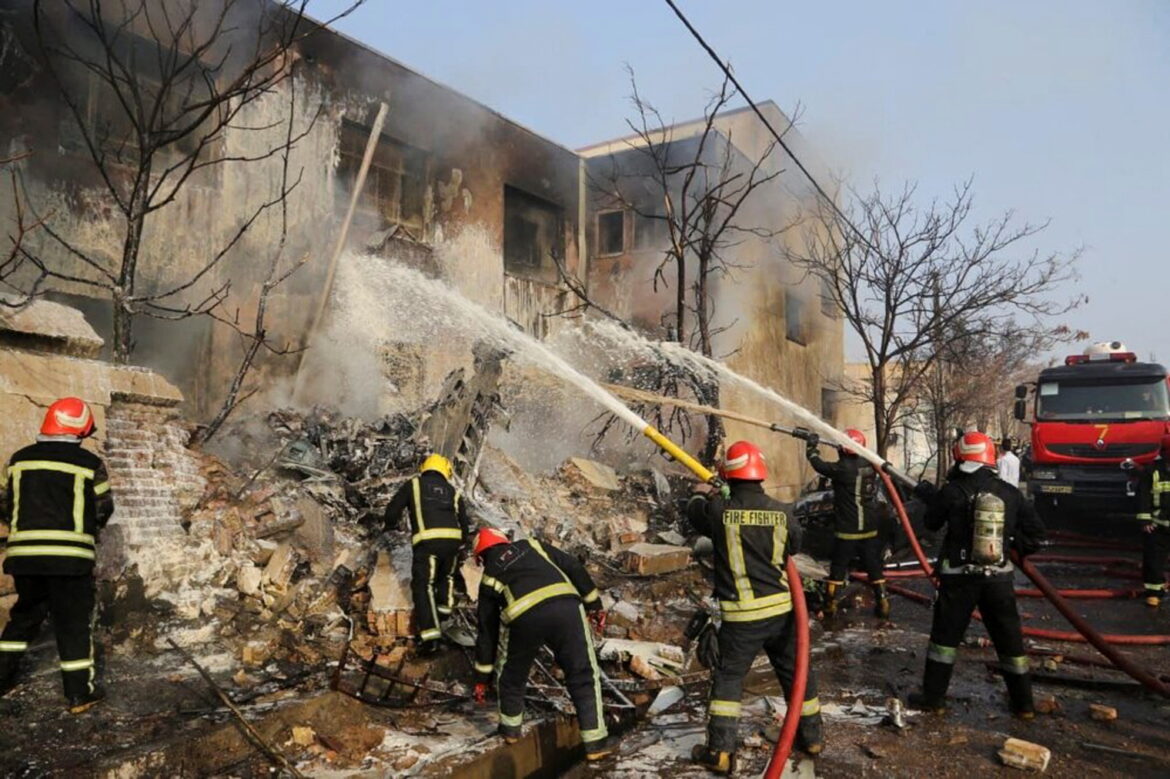 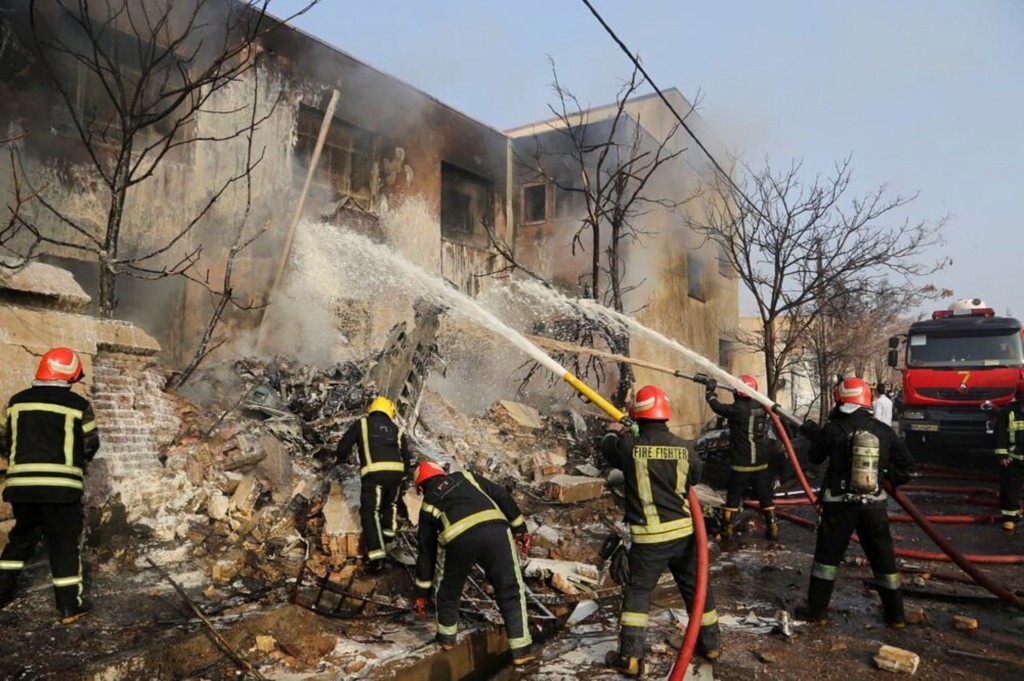 DUBAI, Feb 21 – A U.S.-built F5 jet in use by the Iranian military crashed into the wall of a school in the northwestern city of Tabriz on Monday, killing the two pilots and a person on the ground, Iranian state TV reported on Monday.

The school was closed at the time of the crash just before 9 a.m. (0530 GMT), army spokesman Shahin Taqi-Khani said.

He said technical failure appeared to be the cause of the crash, but that an investigation was underway.

The pilot and a trainee pilot were killed, as well as a civilian passing by in a car, he said.

The United States, which broke diplomatic ties in 1980 after Iranian students took U.S. diplomats hostage, imposed sanctions on Iran making it difficult for Tehran to buy spare parts for its military and civilian aircraft.

Debris is seen as firefighters work to put out the fire after a fighter jet crashed in Tabriz, Iran.via REUTERS 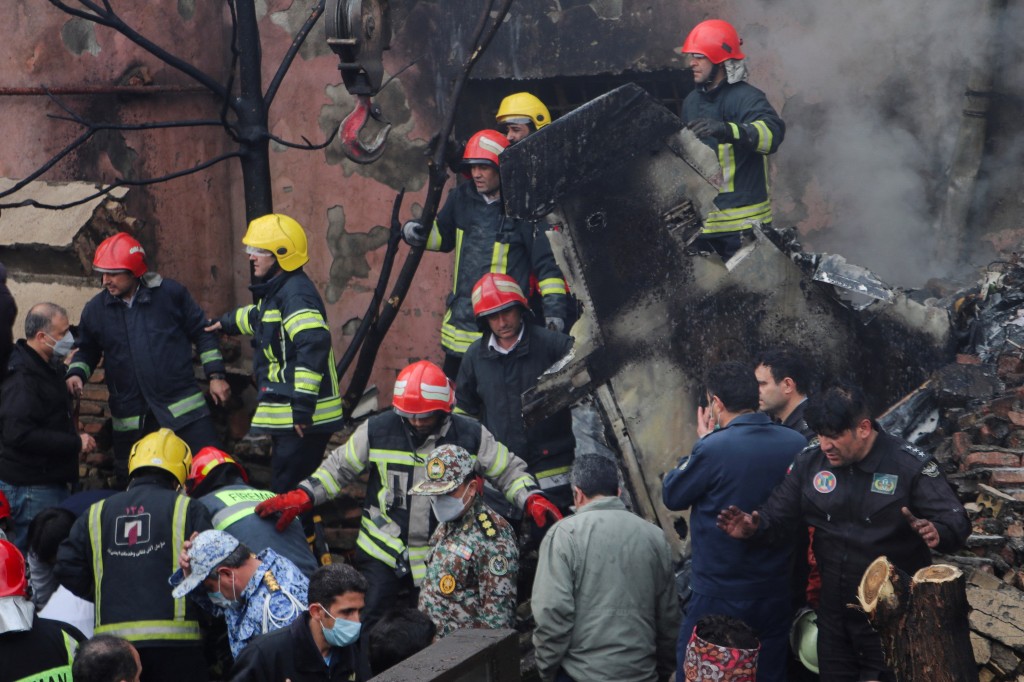 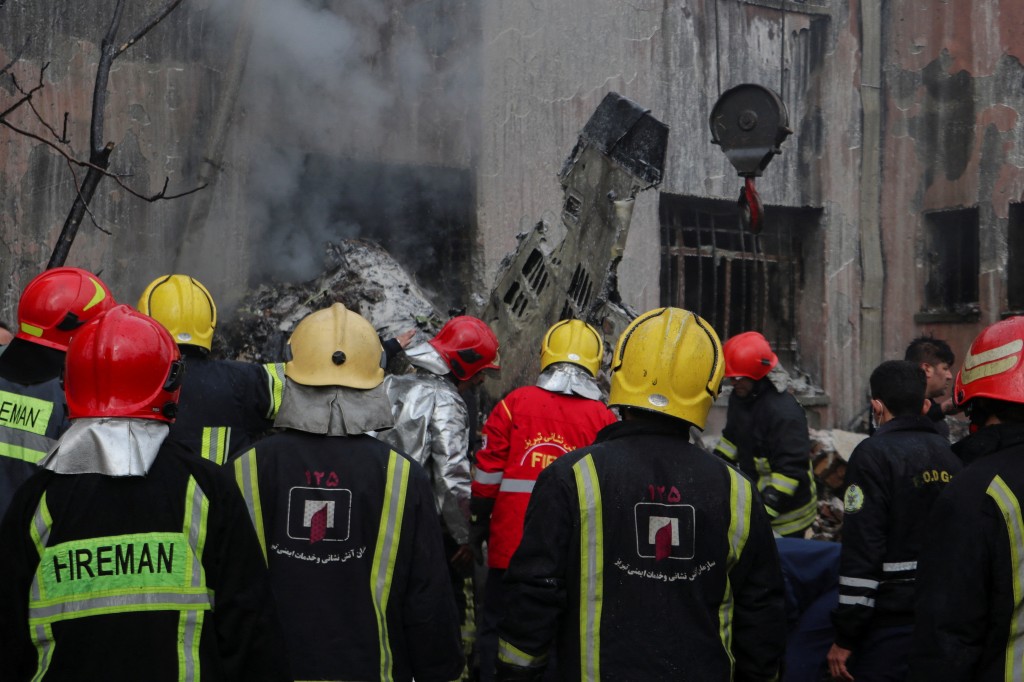 Firefighters line up outside the school in Tabriz, Iran.via REUTERS 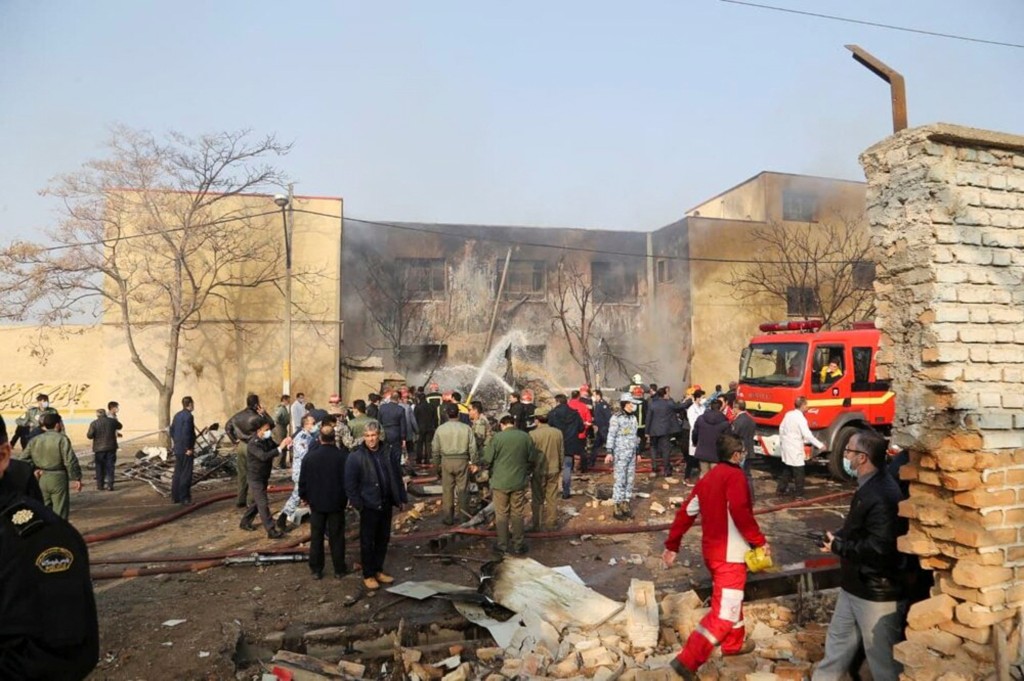