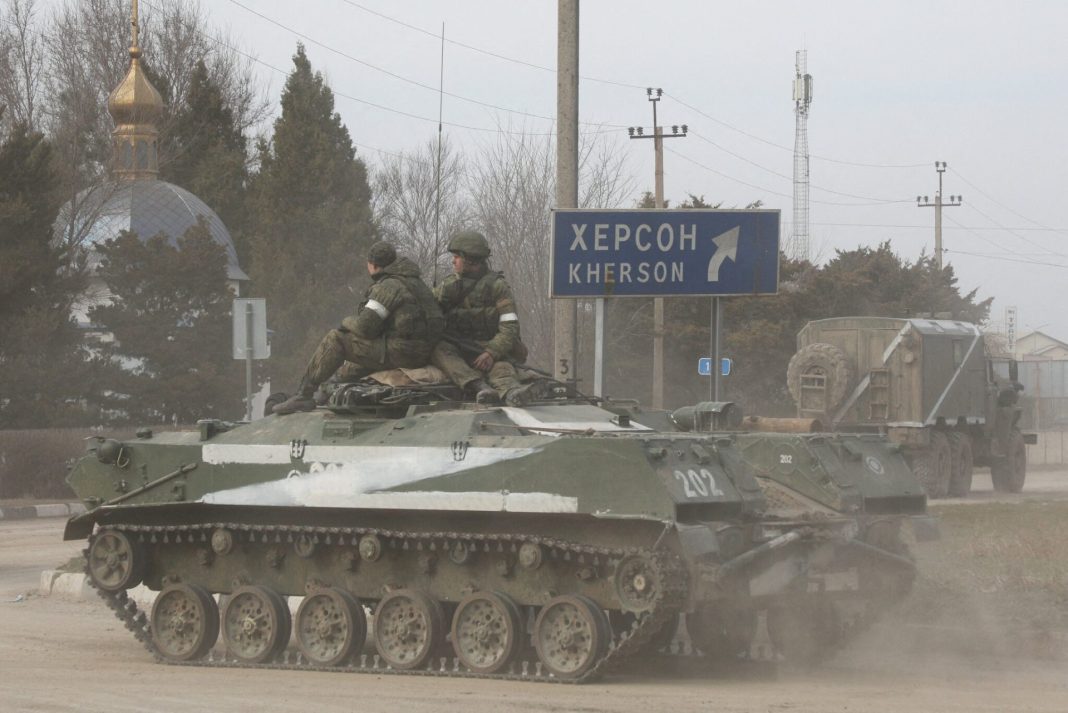 “The military may last slightly longer,” the former intelligence officer added, “but this isn’t going to last long.”

Afterward, the senior U.S. intelligence officer stated the next stages may be determined by U.S.

“Then it either becomes a robust insurgency or it doesn’t, depending largely on Biden,” the former senior U.S. intelligence officer continued.

But they did not believe Zelenskyy’s government would collapse.

Asked by Newsweek whether the government was confident it could break a possible Russian encirclement, the source noted, “I think it’s too early to say…They say Ukraine is holding better than they expected.”

“My personal opinion: unfortunately, it does sound rather believable. However, I think now the first 24 hours are the most critical,” the official stated.

The Antonov Airport near the town of Hostomel, just outside Kyiv, was the scene of some of the most dramatic early fighting.

The outcome could be pivotal to Ukraine’s fate. The airport is 15 miles west of Kyiv. If secured by Russian troops, Antonov could become a springboard for an assault on the capital.

He claimed there was fighting in Chernobyl hours into Moscow’s “special operation”.

Ukrainian officials have repeatedly denied that their country poses any threat to Russia.

The self-proclaimed Donetsk and Luhansk People’s Republics then appealed to the Russian leader for military support, which Putin granted.

The United States and its allies have roundly condemned Putin’s actions.

“They left us no chance to do otherwise. Security risks created such that it was impossible to respond by other means,” he added.