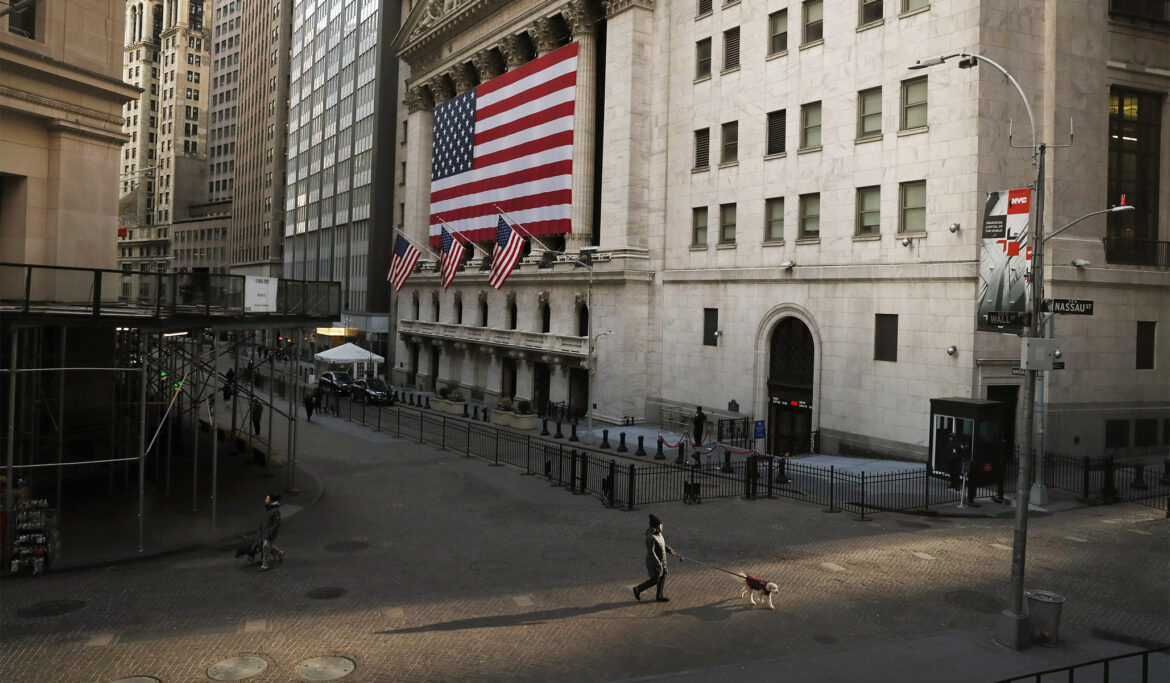 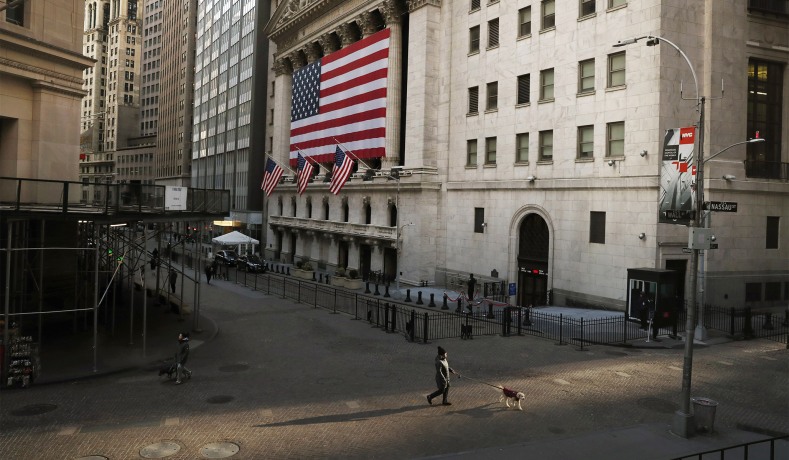 A pedestrian walks on Wall Street in front of the New York Stock Exchange as concerns about the coronavirus keep more people at home in New York City, March 18, 2020. (Lucas Jackson/Reuters)

U.S. gross domestic product slowed to an annual growth rate of 2 percent in the third quarter of 2021, the Commerce Department announced on Thursday.

Economists previously predicted that the third-quarter GDP growth rate would be 2.8 percent, according to Bloomberg. The new data show the slowest economic growth rate since businesses across the U.S. shut down in March and April of 2020, at the onset of the coronavirus pandemic.

The slowdown comes amid worldwide supply-chain shocks leading to shortages of various goods. The U.S. is also facing a labor shortage, with 10.4 million open jobs as of the end of August, according to the Bureau of Labor Statistics.

Additionally, Treasury Secretary Janet Yellen said on Sunday that she expects inflation to persist into 2022.

“Monthly rates of inflation have already fallen substantially from the very high rates that we saw in the spring and early summer,” Yellen said on CNN’s State of the Union. “On a 12-month basis the inflation rate will remain high into next year because of what’s already happened, but I expect improvement by the middle to the end of next year – second half of next year.”