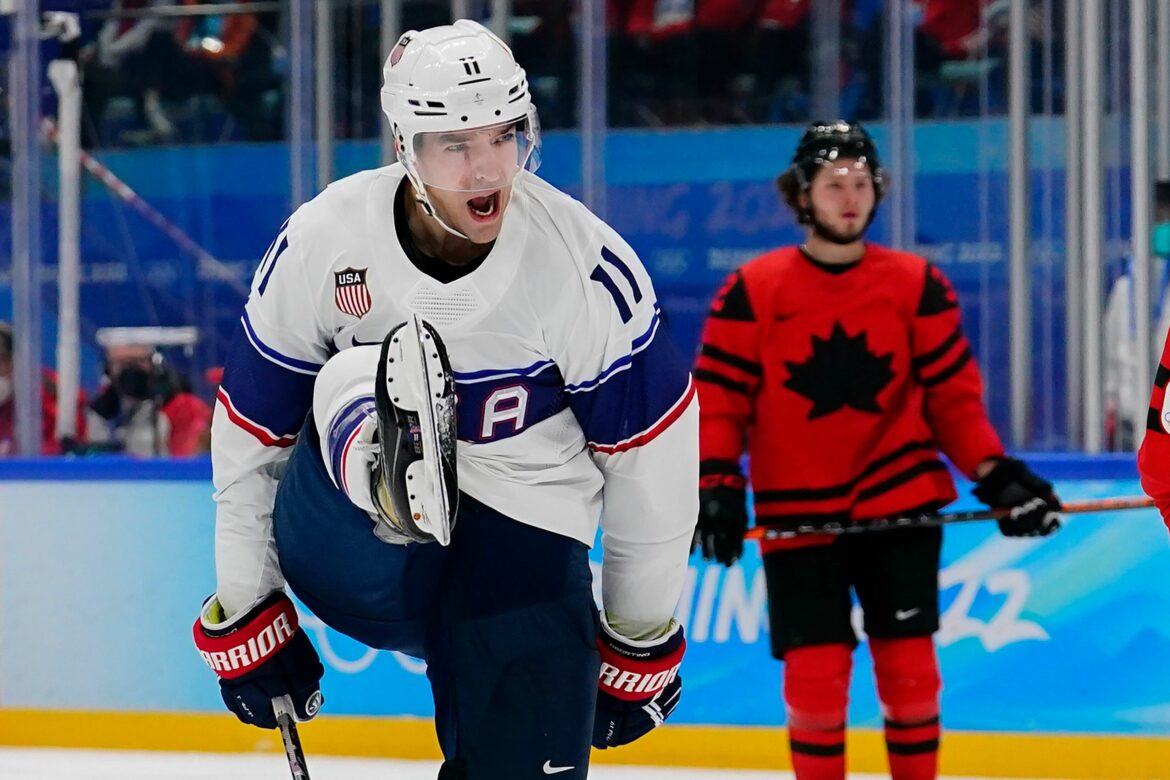 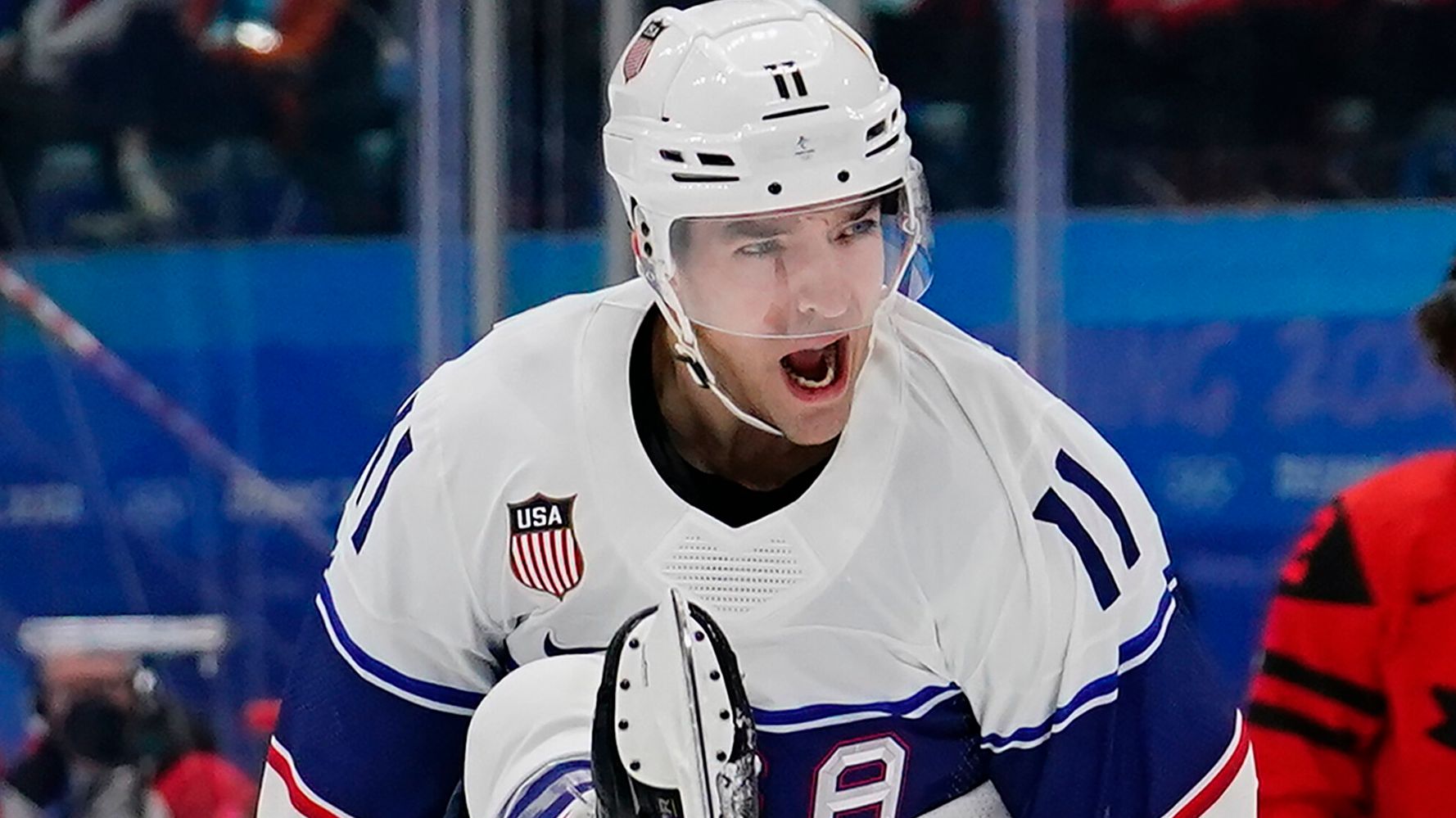 BEIJING (AP) — The United States took all the questions about youth and inexperience and had all the answers against Canada.

Andy Miele responded to Canada’s early goal by tying it 70 seconds later, Brendan Brisson scored his second of Olympics and the Americans beat their biggest rival 4-2 Saturday to put them in the driver’s seat to earn a spot in the quarterfinals of the men’s hockey tournament.

Sean Farrell also set up Ben Meyers to give him three assists and six points and goaltender Strauss Mann made 35 saves to help the U.S. improve to 2-0 in the preliminary round. Beating Germany on Sunday would put the U.S. first in the group and could made it the top seed in the knockout round.

The boom or bust potential of the youngest team in the tournament was on full display against Canada, a bigger, stronger and more experienced opponent. With Claude Julien back behind the bench two weeks after breaking his ribs in a sledding accident, the Canadians figured to use their size and physicality to wear down the smaller Americans over the course of 60 minutes.

Instead, the U.S. — with 12 college players on the ice — went hit for hit with Canada and used a combination of offensive skill and bad opposing goaltending to take control of the game.

Mann had his own dose of bad goaltending on Mat Robinson’s goal for Canada 1:24 in, a shot from the boards 40 feet away that beat him clean. Mann settled in and only allowed Corban Knight’s short-handed goal the rest of the way and was at his best during a late penalty kill that included 31 seconds of 5-on-3.

Canada had barely been able to think about playing with the lead when Miele scored on a 2-on-1 rush at the 2:34 mark. Mann settled in and kept the score tied while Canada had 11 of the game’s first 14 shots.

The U.S. took over midway through the first and went ahead with 1:14 left in the period when Farrell set up Meyers for his second goal of the tournament. Farrell, a Montreal Canadiens prospect who plays at Harvard, has six points on three goals and three assists.

In the midst of a lengthy shot drought for Canada, Pasquale gave the U.S. a gift early in the second period by flubbing the puck behind the net, and Brisson fired the puck into a wide-open net. Knight cut the U.S. lead to 3-2 before the second intermission, but a turnover by Canada defenseman Maxim Noreau set up Kenny Agostino to score another soft goal on Pasquale with 13:47 left in the third.

The U.S. has certainly settled in at the Olympics after opening with an 8-0 rout of host China. That even includes North Dakota defenseman Jake Sanderson, who didn’t look like he missed a step in his first game after arriving late Wednesday. Sanderson had been stuck in Los Angeles after testing positive for the coronavirus.

The U.S. and Canada faced off at the Olympics for the first time since the semifinals at the 2014 Sochi Games, the last time NHL players participated. Canada won that game 1-0 on the way to a second consecutive gold medal.