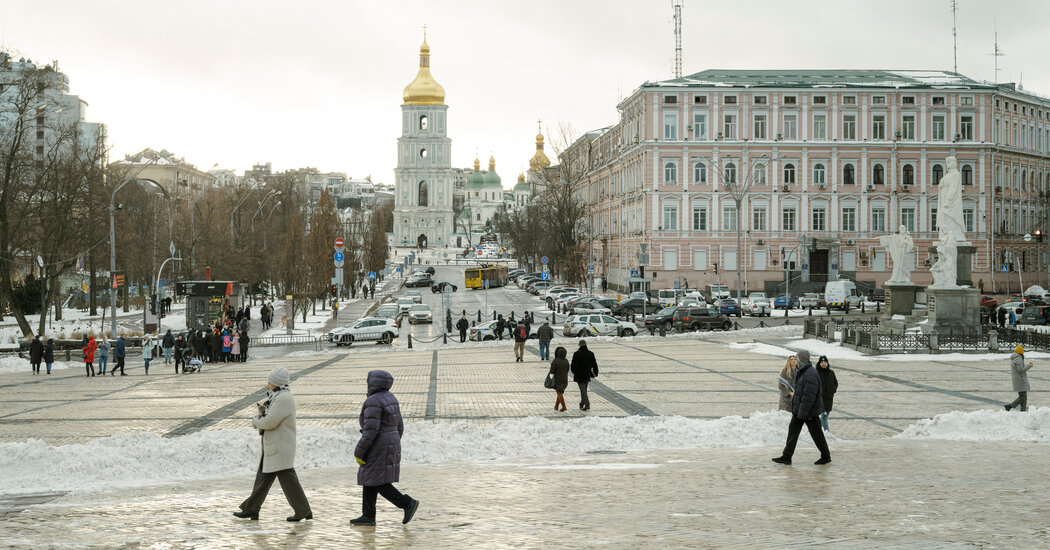 Ronald E. Neumann, a former U.S. ambassador to three nations, including Afghanistan, said it could be difficult to convince Americans that they were on their own.

“They don’t get out, and then they think the military’s going to come and get them,” said Mr. Neumann, who is now the president of the American Academy of Diplomacy.

But it is one thing to talk in the abstract about leaving Americans behind, and another to do it, he acknowledged. “Some congressman’s going to be screaming that you’ve got to find Mary Jo,” he said. “And you’ve got to do it, because that’s what you’re supposed to do.”

Without casting judgment on the decision to relocate the Kyiv embassy, Mr. Neumann noted that U.S. diplomats had incurred great risk in the past to help Americans escape danger. During World War II, he said, embassy officials in France and Poland assisted Americans even after German offensives had begun. “Diplomats were going out in the middle of air raids to find Americans and bring them into embassies,” he said.

The U.S. Embassy in Moscow also kept a skeleton crew there after the Nazis invaded Russia in 1941. (The diplomats stored water by freezing it in garbage cansand, when they weren’t preparing for the siege, attended the ballet “Swan Lake” approximately 50 times, according to an official State Department history.)

Understand the Conflict in Ethiopia

Rebels turned the tide. Despite Mr. Abiy’s promise of a swift campaign, the Ethiopian military suffered a major defeat in June when it was forced to withdraw from Tigray. The fighting subsequently moved south.

Tigrayan forces close in. In late October, Tigrayan rebels captured two towns near Addis Ababa, the nation’s capital. The government declared a state of emergency and called on citizens to arm themselves.

U.S. officials said that even American diplomats at the embassy in Kyiv, who were protected by a Marine contingent, were in too much danger to remain there. And former ambassador Ryan C. Crocker, a veteran of war zones like Afghanistan and Iraq, said he did not fault the decision.

“I think it was the right call. The last thing the administration wanted was embassy casualties or hostages, and they came close in Afghanistan,” he said. A U.S. Army investigative report obtained by The Washington Post included complaints that the State Department was dangerously reluctant to evacuate its embassy in Kabul.