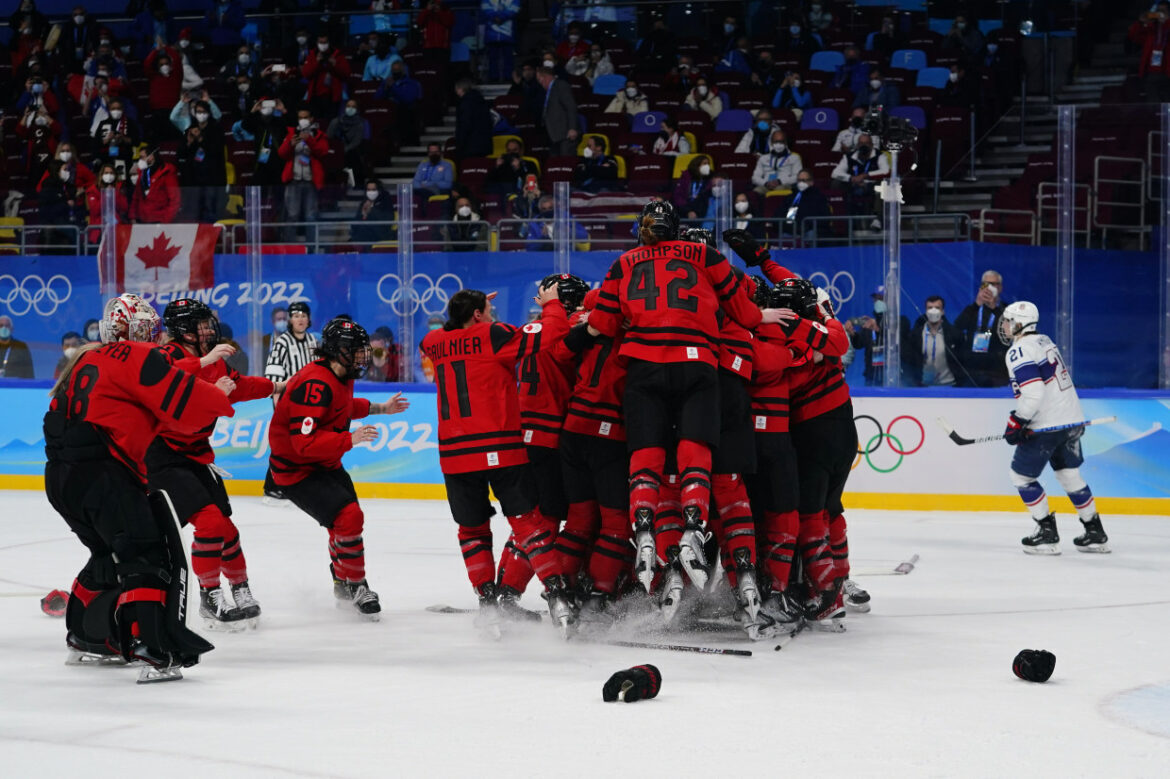 Jumping to an early lead that they never lost, Canada’s women’s hockey team defeated the U.S. 3-2 for the gold medal at the Beijing Games on Thursday.

The U.S. women will go home with the silver after the loss.

Canada scored three unanswered points in the first and second periods to take the lead — the first by Sarah Nurse, followed by two scored by Marie-Philip Poulin.

U.S. forward Hilary Knight answered back in the second to get the American team on the board.

“It was a group effort,” Poulin said after the game. “It was line after line, put pressure, and we put it in when it was the right time.”

The rivalry between the U.S. and Canada is one of the biggest of the Winter Olympics.

Thursday’s win is the fifth Olympic gold for Canada, and its fourth victory over the U.S. in a final game.

The U.S. beat Finland 4-1 Monday in Beijing to advance to the gold-medal game. Canada earlier that day routed Switzerland 10-3 to go on to the secure their spot.

“I think it’s wonderful hockey. “It gets the best and the worst out of both of us at the same time. And it’s just a wonderful game.”

Canada won the gold against Sweden that year.

Finland won the bronze at the Beijing Games with a 4-0 win over Switzerland.

In the men’s competition, the U.S. team was eliminated in Wednesday’s quarterfinal, losing 2-3 to Slovakia in a shootout.