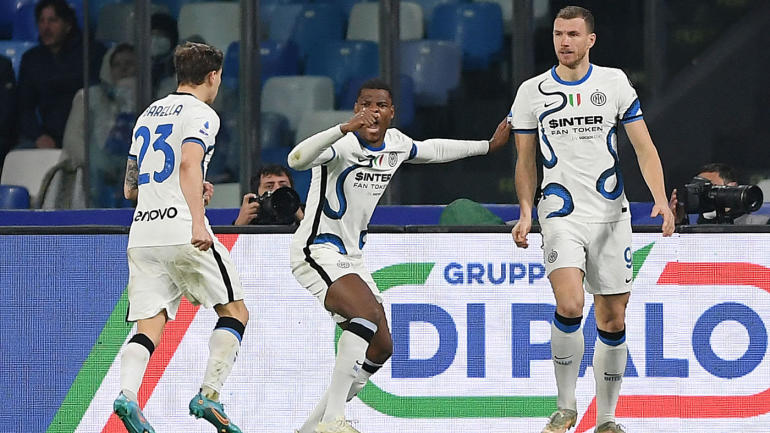 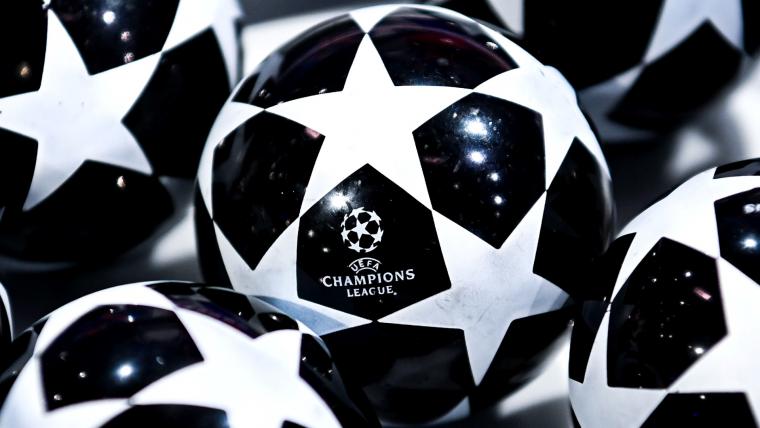 The long wait is over. The Champions League returns Tuesday on CBS and aramount+, more than two months after the conclusion of group play. Now the real fun begins. I don’t want to offend any of you Champions League group stage enthusiasts out there, but I’ve always felt that it isn’t until you get to the knockout stages that the actual Champions League starts. Yes, it’s fun to root for Cinderellas like Sheriff Tiraspol early in the tournament and see them beat giants like Real Madrid, but I don’t watch the Champions League for underdog stories.

I watch the Champions League to see the best of the best going head-to-head. Oh, and I watch for the anthem too. The anthem rules, but it’s mostly the part about the best of the best. That part begins Tuesday, and I’ve got a pick for this week’s four matches. All odds are via Caesars Sportsbook.

No disrespect to Sporting, which have long been one of the premier clubs in Portugal, but this pick doesn’t require nearly as much thinking as the PSG-Real Madrid match. Manchester City will win; the only question is what it will look like. Sporting got here by finishing second in Group C thanks to their goal differential, a goal differential helped by beating Besiktas 8-1 over two matches. In Sporting’s other four matches against group winners Ajax and Borussia Dortmund, they managed one win and three losses while being outscored 11-6.

Now they face what might be the best club in the world. Manchester City have all but wrapped up the Premier League, meaning they can focus on achieving the one thing missing from their resume, winning the Champions League. Given how Ajax was able to tear Sporting’s defense apart, the smartest bet here is the over. You can consider taking Man City Over 2.5 by itself, but I prefer to add some insurance by including Sporting too. You never know! Pick: Over 2.5 (-160)

As if drawing Liverpool in the Round of 16 isn’t tricky enough, Inter enter the week in their worst form of the season. Inter have dominated all season long but have managed only one win in their last three matches. Even wins against Empoli and Venezia before then were lackluster. While Inter managed a 1-1 draw with Napoli over the weekend, the xG tells a much different story, and not to Inter’s benefit. It’s cost them the lead in Serie A, as they’ve fallen behind rival AC Milan into second place. Now all Inter has to do is get their act together against one of the best teams in the world.

Of course, Liverpool have some questions of their own to answer. While they’ve won six straight, they still have to work Mo Salah and other players back into the mix now that they’ve returned from the African Cup of Nations. I don’t think the adjustment period will be difficult, but we can’t rule out the possibility of rust. Still, while I love Serie A, I try not to make a habit of betting against Premier League teams this early in the tournament. Results of recent years show they’re usually the smarter play. Pick: Liverpool (+108)

This is the easiest choice of the week for me. Now, that doesn’t mean it’s a certainty, but it’s the obvious choice. Bayern Munich are one of the premier clubs in the world, and they have won the Champions League six times and reached 11 finals. Only Real Madrid have reached more (Real Madrid and Inter have won more). But while Bayern are still the best team in Germany, they’re not their best version and haven’t been since the pandemic.

Bayern leaks goals too often. They never relent in attack, but lately, they’ve been extremely vulnerable when losing possession. So while that 4-2 loss to Bochum over the weekend (the one that cost us our parlay in last Friday’s Corner Picks) can be seen as a “look-ahead” spot for Bayern, the symptoms of that kind of performance have long been there. Over their last six matches, Bayern have allowed an average of 1.28 xG per match. That’s acceptable for many teams, but way off the pace for where Bayern typically are and where they need to be to win the Champions League. Bayern will score goals against Salzburg, but Salzburg should be able to nick a goal or two itself. Pick: Over 3.5 (+105)