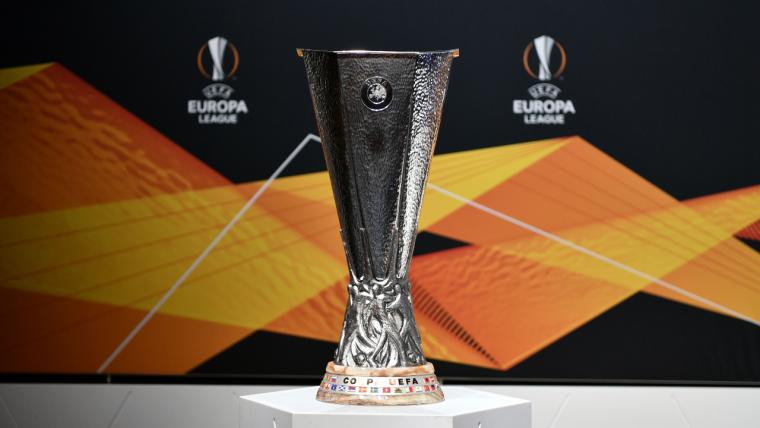 Alongside the UEFA Champions League, the UEFA Europa League knockout stages also begin in February with 24 teams still in the hunt for Europe’s second most important prize.

Meanwhile, the eight teams that won their respective Europa League groups will be closely watching the knockout playoffs in anticipation of meeting the survivors in the Round of 16. Their first-place finish earned them a direct bye to the Round of 16 and the luxury of watching the playoffs from home.

With that in mind, here’s a look across what to expect in the Europa League playoff round.

How to watch Europa League knockout playoff round

The 2021-22 UEFA Europa League is carried in the United States by CBS (English) and Univision (Spanish) across a number of TV and streaming platforms. DAZN is the exclusive broadcaster in Canada.

CBS Sports has live pregame, halftime and postgame studio shows, which air on CBS Sports Network and stream on Paramount+. There will also be a RedZone-like whip-around show called “The Golazo Show,” with all the goals and best chances from the concurrent matches.

Nearly every Europa League match is available to be streamed on fuboTV, which offers a free trial to new subscribers. The streaming platform carries all the Univision family of channels: Univision, TUDN, UniMas, Galavision and TUDNxtra.

The Europa League is carried exclusively by DAZN in Canada with matches available live and on demand.

The most notable matchup of the Europa League knockout playoff round features Spanish giants Barcelona against Serie A standouts Napoli.

FC Barcelona is on the rise again, sitting in fourth place in Spain’s La Liga, but its revival came too late to save it from Champions League elimination in December. Its third-place finish in the group stage of that competition at least landed it a berth in the Europa League knockout playoffs, where it will meet one of the challengers for the Serie A title in Italy.

Borussia Dortmund is another Champions League dropout and it will meet Rangers in a matchup of two teams with attacking flair. Both sit in second place in their respective domestic league tables and have been set back by poor defending, so goals are expected.

The team that scores the most goals across each home-and-home, two-leg series will advance to the Round of 16. In case of teams even on aggregate goals after the end of the second leg, 30 minutes of extra time and, if necessary, a penalty-kick shootout will be used to determine a winner.

All first-leg matches are scheduled to take place on Thursday, Feb. 17.

All second-leg matches are scheduled to take place on Thursday, Feb. 25.

We will learn the Round of 16 matchups at the draw held by UEFA on Friday, Feb. 25, taking place the day after the conclusion of the knockout playoff round.

And after a three-month wait, the eight Europa League group winners will finally return to action, taking on the eight knockout playoff survivors.

Who will win the UEFA Europa League 2022?

As the tournament progresses, the oddsmakers will be constantly adjusting the future prices for each team when it comes to winning the Europa League.

Here are the latest odds courtesy of DraftKings (USA) and Sports Interaction (Canada). Interestingly, the top four favorites at the moment are all teams that dropped into the knockout playoff round from the Champions League. The first Europa League group winner on the board is West Ham, sitting as fifth-favorite.

Asterisk denotes teams that have already qualified for the Round of 16 as Europa League group winners. Odds as of February 16.