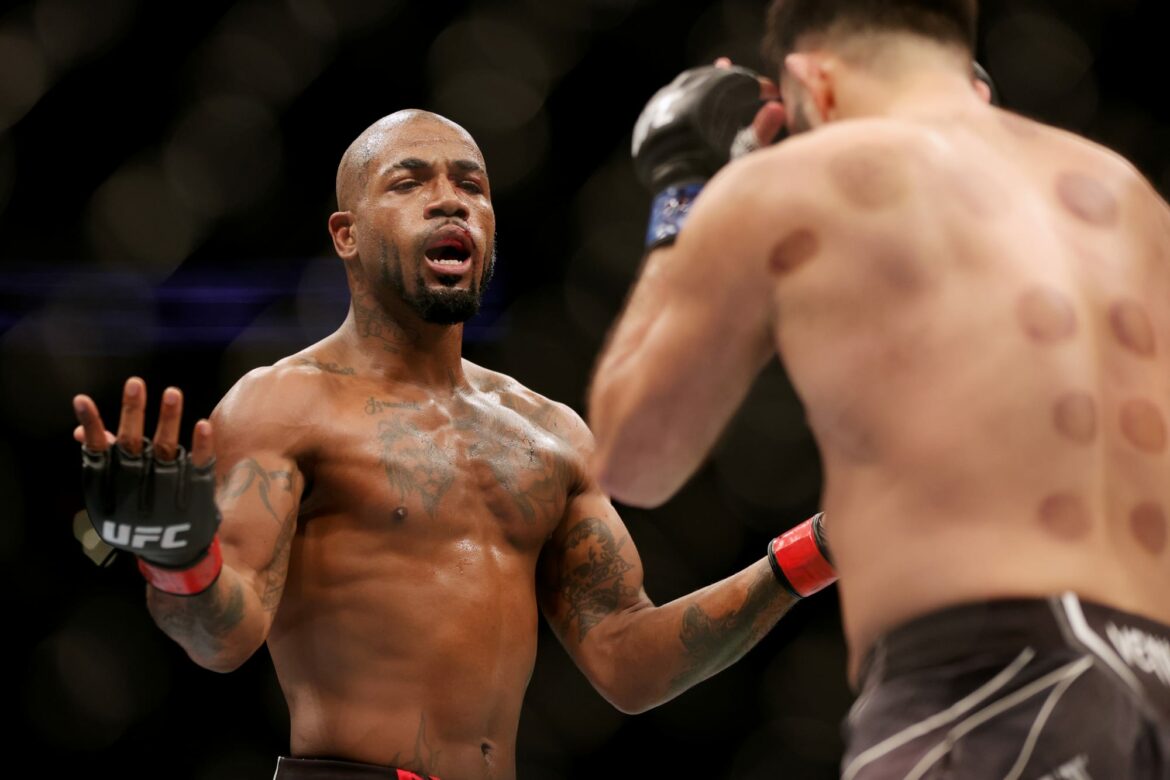 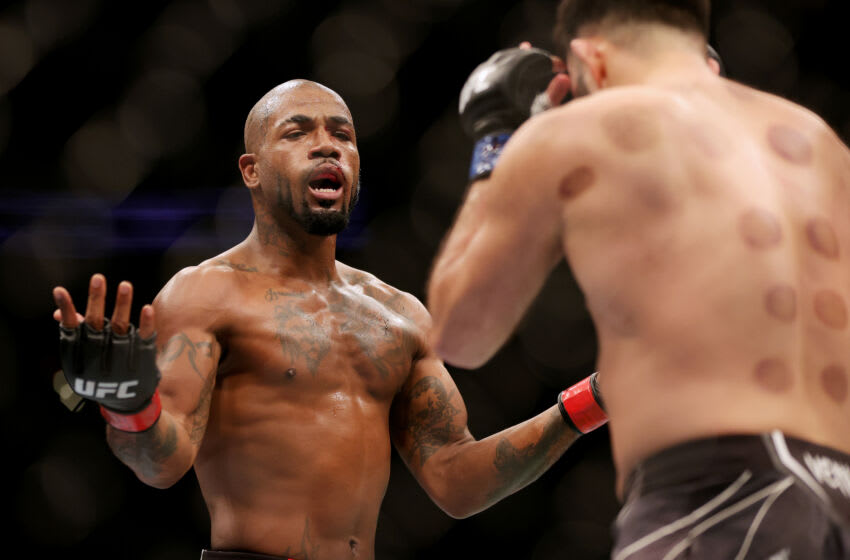 HOUSTON, TEXAS – FEBRUARY 12: Bobby Green reacts as he challenges Nasrat Haqparast of Germany in their lightweight fight during UFC 271 at Toyota Center on February 12, 2022 in Houston, Texas. (Photo by Carmen Mandato/Getty Images)

Where did Aaron Donald play college football? by Scott Rogust

At 35 years old, Bobby Green continues to be as skilled and quick as they come, as he defeats Nasrat Hapqarast in an entertaining scrap that opened the UFC 271 main card.

Green landed 163 significant strikes, nearly 100 more than Haqparast, going on to pass Evan Dunham for most in UFC lightweight history.

Green came out firing to start the fight, utilizing his speed to move in and out while working his jab on Haqparast, both to the head and the body. Haqparast, to his credit, scored some decent combinations on Green. Both men also suffered an eye poke at the other’s hands during the opening frame.

Green continued to pressure Haqparast in the second round, busting Haqparast open early. Haqparast attempted to increase his output volume with more one-twos, but Green was too quick and scored several counterpunches. Haqparast finally started to fire away with kicks, but it didn’t seem to be enough to shake up Green.

Green didn’t slow down in the third round, going on to sweep the scorecards and take a unanimous decision win.