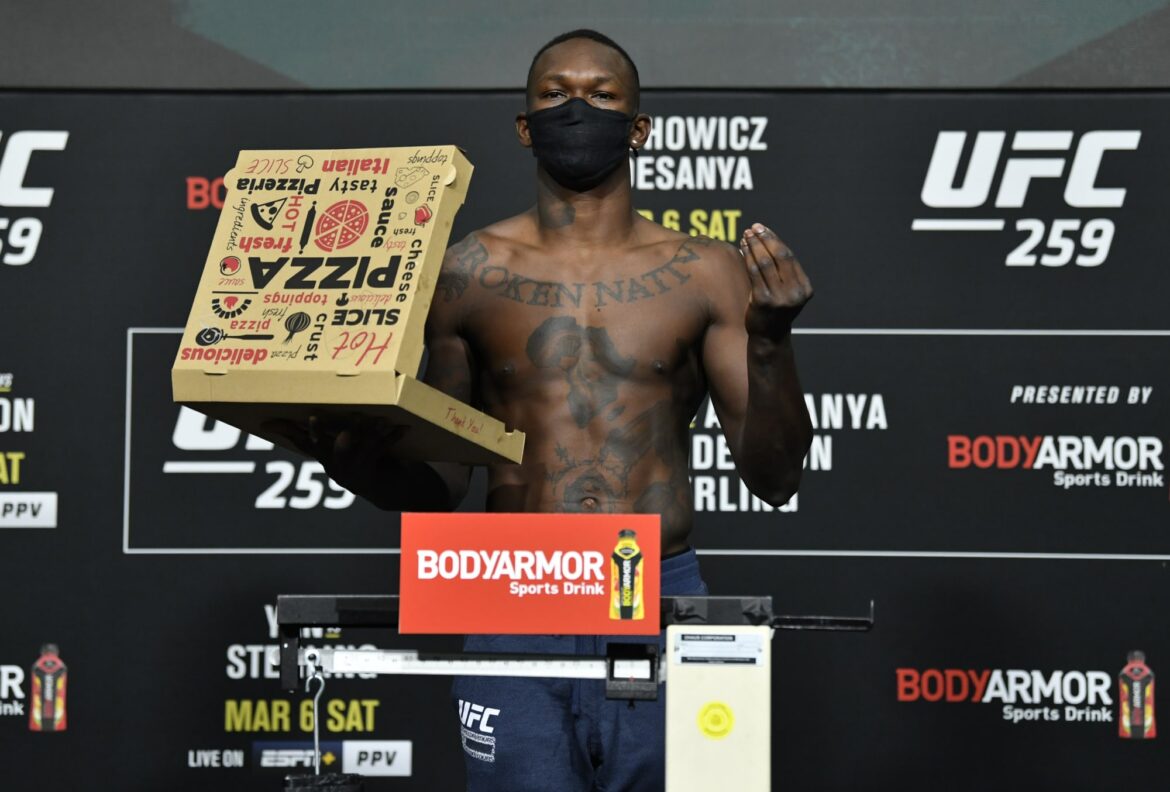 Here are the official weigh-in results for UFC 271: Israel Adesanya vs. Robert Whittaker

The second UFC PPV of the year goes down this Saturday, Feb. 12, 2022. UFC 271 currently features fifteen fights for the sold-out Toyota Center and everyone at home. The fight card has several PPV-worthy fights, including the best hope to dethrone the middleweight king, two heavyweights always ready for war, and the next middleweight contender looking to make a statement. From top to bottom, UFC 271 has the potential to be one of the best PPVs of the year. even at the $75 price tag.

In the main event, a rematch between Israel Adesanya and Robert Whittaker displays the world’s best middleweight MMA fighters. As Adesanya continues to dominate the division, Whittaker may be the biggest threat left to dethrone the striking perfectionist. Whittaker has had three wins under his belt since losing his title to Adesanya. Although Whittaker has evolved, beating Adesanya has become a nearly-impossible puzzle to solve.

The co-main event has earned the label of “the people’s main event”. Hard-hitting heavyweights Derrick Lewis and Tai Tuivasa will go toe-to-toe in the former’s hometown of Houston. Both fighters have the unpredictable power that makes heavyweight fights so exciting. Although fights like these tend to end up being grapple-heavy, the potential for an absolute slugfest has had MMA fans excited since the matchup was announced. Just to be safe, don’t blink when these two meet in the center of the Octagon.

UFC 271 also contains the fight to determine the #1 middleweight contender. Jared Cannonier vs. Derek Brunson features two fighters looking for one last run at the title. Both fighters have improved tremendously and are prepared to do whatever it takes to win.

UFC 271 can be watched on ESPN+, starting at 6:00 p.m. ET, until the main card switches over to PPV at 10 p.m. ET. Before the fighters can step into the Octagon, everyone must successfully weigh in. Check out the official UFC 271 weigh-in results below!