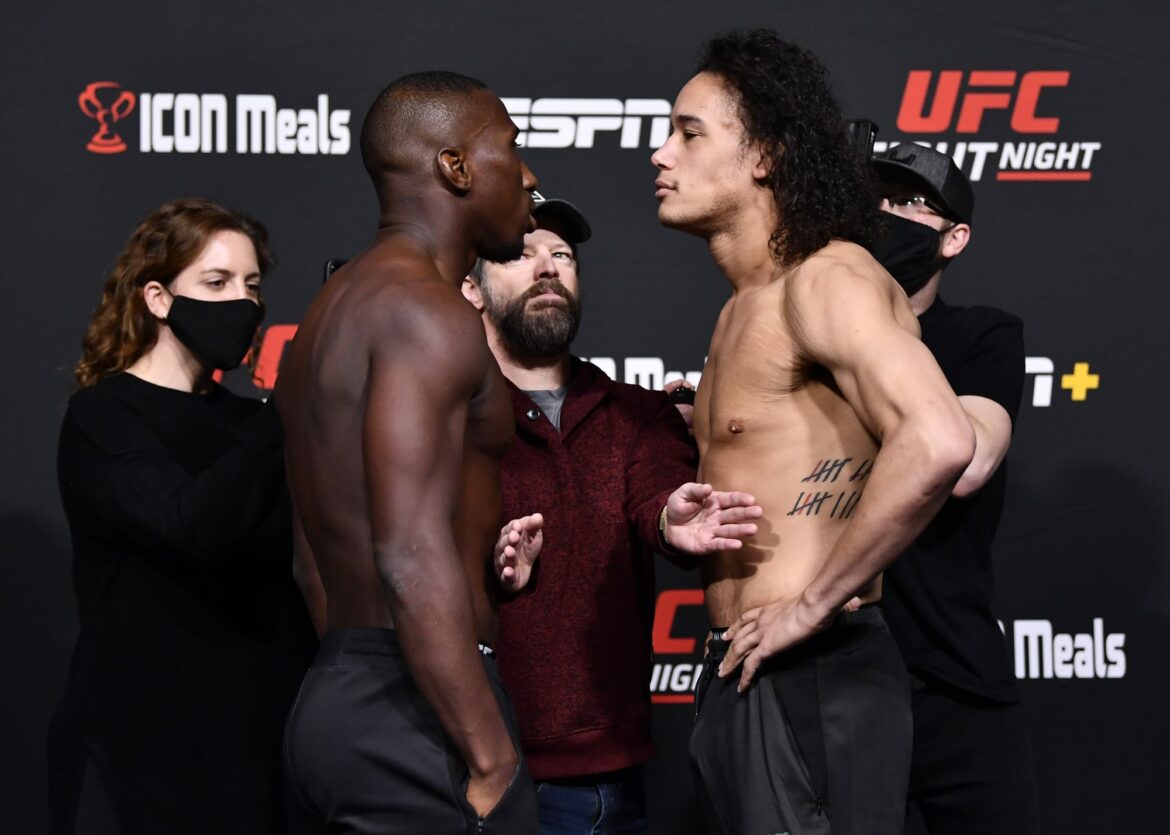 Bryan Battle grinds out a win against Tresean Gore in a long-anticipated clash.

Bryan Battle heard the doubters who believed he needed to beat Tresean Gore to be the “real” The Ultimate Fighter 29 champion and finally silenced them.

Battle and Gore put on a three-round showcase on the UFC Vegas 47 main card. Both fighters had plenty of moments on their feet but Battle won the fight based on volume and consistent pressure.

The opening round went in Battle’s favor almost sure-handedly, as he put a pace on Gore with his leg kicks and punches from range. He wasn’t able to get a lot going with his grappling but was able to sustain a torrid pace with his striking.

Gore began to find comfort in Round 2, knocking down Battle twice and nearly finishing the fight. But, Battle was able to weather the storm and take the full power of Gore’s strikes.

Round 3 was a back-and-forth affair, with both fighters trading combinations. But, Battle’s output proved to be the difference as he earned a unanimous decision win.

Bryan Battle puts an exclamation point on his post-TUF tenure

Battle came into the fight as the latest winner of The Ultimate Fighter, finishing Gilbert Urbina on short notice last August. He was originally supposed to face Gore for the TUF title before Gore pulled out of the fight with a torn meniscus.

After just a few months of recovery, Gore finally made his UFC debut after a bittersweet end to his TUF tenure. Before his appearances on TUF, he competed in smaller promotions such as AFC and NFC, earning a 3-0 record.

Battle and Gore were also supposed to fight multiple times on the regional scene, but cancelations persisted and the fight seemed cursed. Finally, the two bright middleweight prospects got the chance to battle at UFC Vegas 47.

With the win over Gore, Battle could be a name to watch in the middleweight division for years to come.