From Ramin Djawadi‘s unforgettable theme to that beautiful Weirwood tree in bloom, the opening sequence to Game of Thrones sure was a thing to behold. Even in Season 8, when the show was far from its prime, the intro remained a sight for soon to be sore eyes.

However, it took some fans a while to realize that the series opening wasn’t just pretty, it also told its own story. Well, kind of. The sequence featured a model of Westeros and its main houses, taking us on a trip through King’s Landing, the Wall, Winterfell, and other important locations in miniature size.

But in every episode, the opening changed a little bit according to what was going on in the plot. Sometimes, we flew over the Wall, all the way to the far north.

When Daenerys (Emilia Clarke) was on her liberation tour, every intro showed us a little more of the neighboring continent of Essos. A particularly attentive viewer could even guess what was coming just by looking at which parts of this tridimensional map appeared onscreen.

On a smaller scale, House of the Dragon‘s opening sequence also has a thing or two to tell us about the dramas and wars of Westeros. Djawadi’s epic tune is brought back to make our hearts and ears pound while we make our way through the Targaryen family tree.

The show’s intro can also reveal a lot about what’s going on and what other things might come into play in the Dance of the Dragons.

Let’s break down what exactly everything means in the House of the Dragon opening sequence, from the first one, in Episode 2, to the very last – at least, so far. Every now and then, there’s a small change suggesting a big turn of events in the show’s plot, not to mention one itty-bitty surprise…

The First Version of the Credits

First things first – or, rather, last things first. The opening sequence to Game of Thrones ended with a close-up look at one of the Citadel’s library’s many mirrored globes.

In line with its parent show, House of the Dragon also features an element from the series’ universe in its intro: King Viserys’ (Paddy Considine) detailed model of Old Valyria. When the opening sequence reaches its final seconds, the camera cuts to show us a structure identical to the one the king likes to play with in his royal chambers.

Located in Essos, Old Valyria is a now ruined city that is the ancestral home of House Targaryen, as well as of House Velaryon. Thus, after giving us a good look at the imposing buildings of Old Valyria, the camera zooms in on the Targaryen crest, with the fire-breathing three-headed dragon.

Dragons can also be seen in the opening’s very first shot, which depicts a whole murder of flying lizards around the Red Keep. The image is engraved in a cog that sets into motion the entire model structure. The sigil represents Aegon I’s conquest of Westeros which initiated the Targaryen dynasty and eventually resulted in the Dance of the Dragons.

After flooding the cog, Aegon’s blood flows through the model, reaching and covering other sigils in a representation of the Targaryen bloodline leading to Rhaenyra (Emma D’Arcy). The fact that the blood runs through the streets of a model of the ancient Targaryen home also serves as a metaphor for the blood of Old Valyria coursing through their veins.

The blood that comes out of Aegon’s cog runs through the sigil of his two wives, his sisters Visenya and Rhaenys. Both of them are also flooded, and we follow Rhaenys’ bloodline to a sigil that stands for her son with Aegon, King Aenys.

King Aenys’ bloodline splits in two. One of them continues ahead, while the other flows behind a wall.

As we follow King Aenys’ bloodline, we can briefly see a dried sigil probably representing the reign of Maegor the Cruel, barely visible behind costume designer Jany Temime‘s name. Aenys’ half-brother claimed the throne after his death but was eventually brought down due to his tyranny. Maegor was succeeded by Aenys’ last living son, Jaehaerys (Michael Carter), whom we meet in the very first scene of House of the Dragon.

Jaehaerys’ sigil is the one eventually reached by the main bloodline, as well as that of his wife and sister, Queen Alysanne. Their bloodline spreads into nine thinner streams representing their nine children.

Initially, we follow two of Jaehaerys and Alysanne’s children’s bloodlines: Aemon’s and Baelon’s. Both died before their father. Jaehahery’s firstborn son, Aemon, was the father of Princess Rhaenys (Eve Best), who went up against Viserys in the Great Council of Harrenhal for a seat at the Iron Throne. Since Rhaenys lost the vote, and Viserys is Baelon’s son, it’s Baelon’s bloodline that we end up following to the end.

Baelon’s blood also fills the cog representing his sister-wife Alyssa. Much like Aenys’, his bloodline splits in two: one stream for Viserys and one for Daemon (Matt Smith).

In the back, we can see a bloodstream running through a sigil placed against a blue backdrop. Right next to it, there is a blue cog representing House Velaryon. Despite not being a part of the Targaryen family, the Velaryons play an important part in the Dance of the Dragons and thus deserve their own cog in the machine. The smaller cog represents one of the Velaryon children, either Laena or Laenor. If you look carefully, you can see another one a bit more to the left.

But let’s move on with Baelon’s bloodline, shall we? The red river courses through King Viserys’ cog. Since he was still alive at the beginning of the show, his sigil – a simple crown – remains visible. This is a first, and it is also the first time we see a new bloodstream emerge and enter the Targaryen family tree. Viserys’ blood mingles with Aemma Arryn’s (Siann Brooke), originating the line that leads to Princess Rhaenyra. Unlike her husband’s, Aemma’s sigil is quickly covered by the blood.

The camera pans away from the main bloodline to show us two other cogs that, much like the Velaryons, have a huge impact in House of the Dragon’s fight for the throne: Otto (Rhys Ifans) and Alicent Hightower’s (Olivia Cooke). Lord Otto sits at the top of a high tower (get it?) and his blood flows in the shape of an L to his daughter, a bit lower on the model. 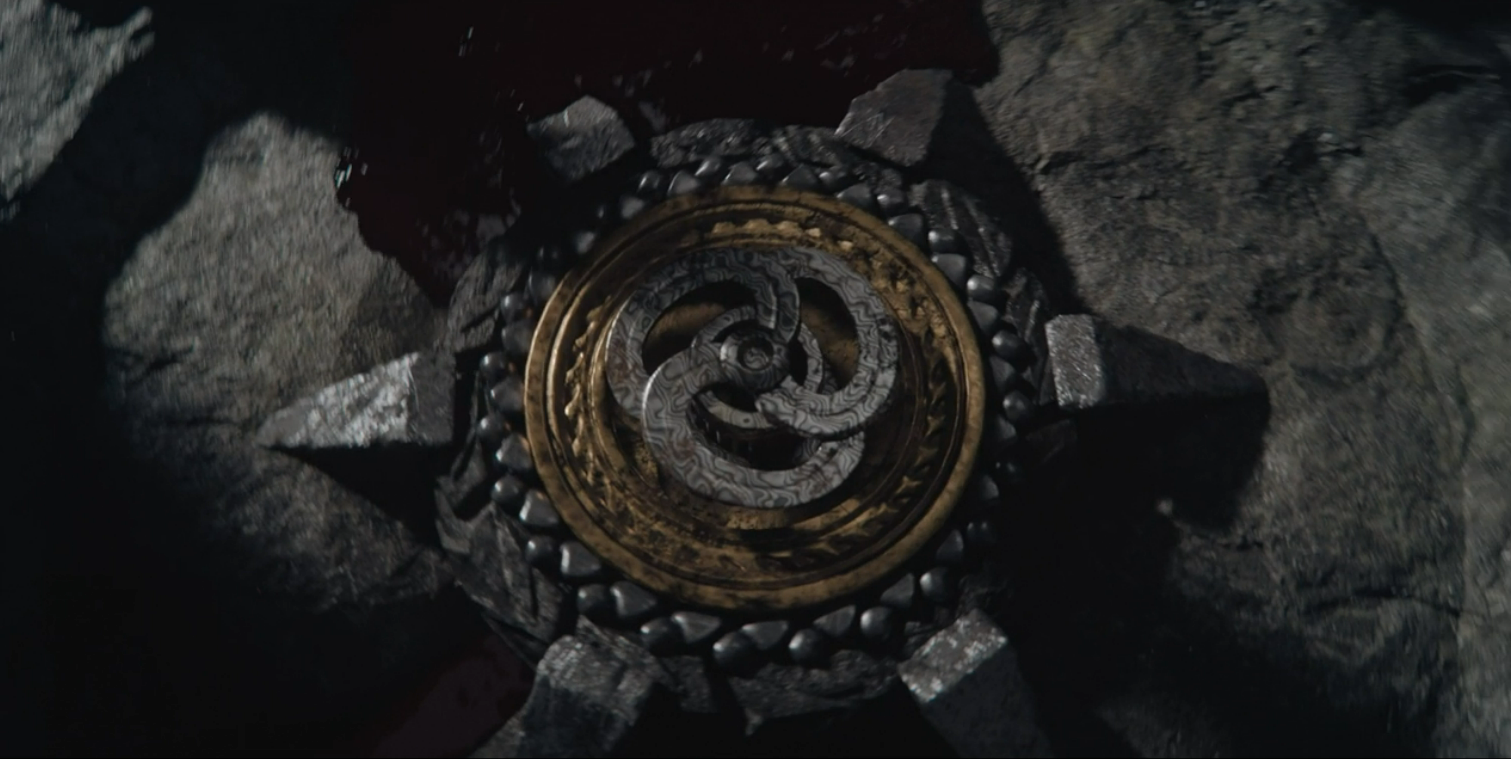 The Targaryen blood continues flowing for a long way until it reaches Rhaenyra’s sigil, easily identifiable by the symbol that also hangs from the necklace the young princess (Milly Alcock) got from her uncle Daemon in Episode 1. In the first opening, this is where the Targaryen bloodline stops, and we move on to the overview of Old Valyria and the dragon crest. But, as we all know, things don’t stay the same for a very long time in House of the Dragon.

The Major Changes Through the Season to the Credits

In Episode 3, “Second of His Name”, the bloodline of House Hightower gets longer, flowing through Alicent and mixing with another stream. This symbolizes Queen Alicent having her first son with King Viserys.

In “We Light the Way”, the new stream splits in two following the birth of Princess Helaena. 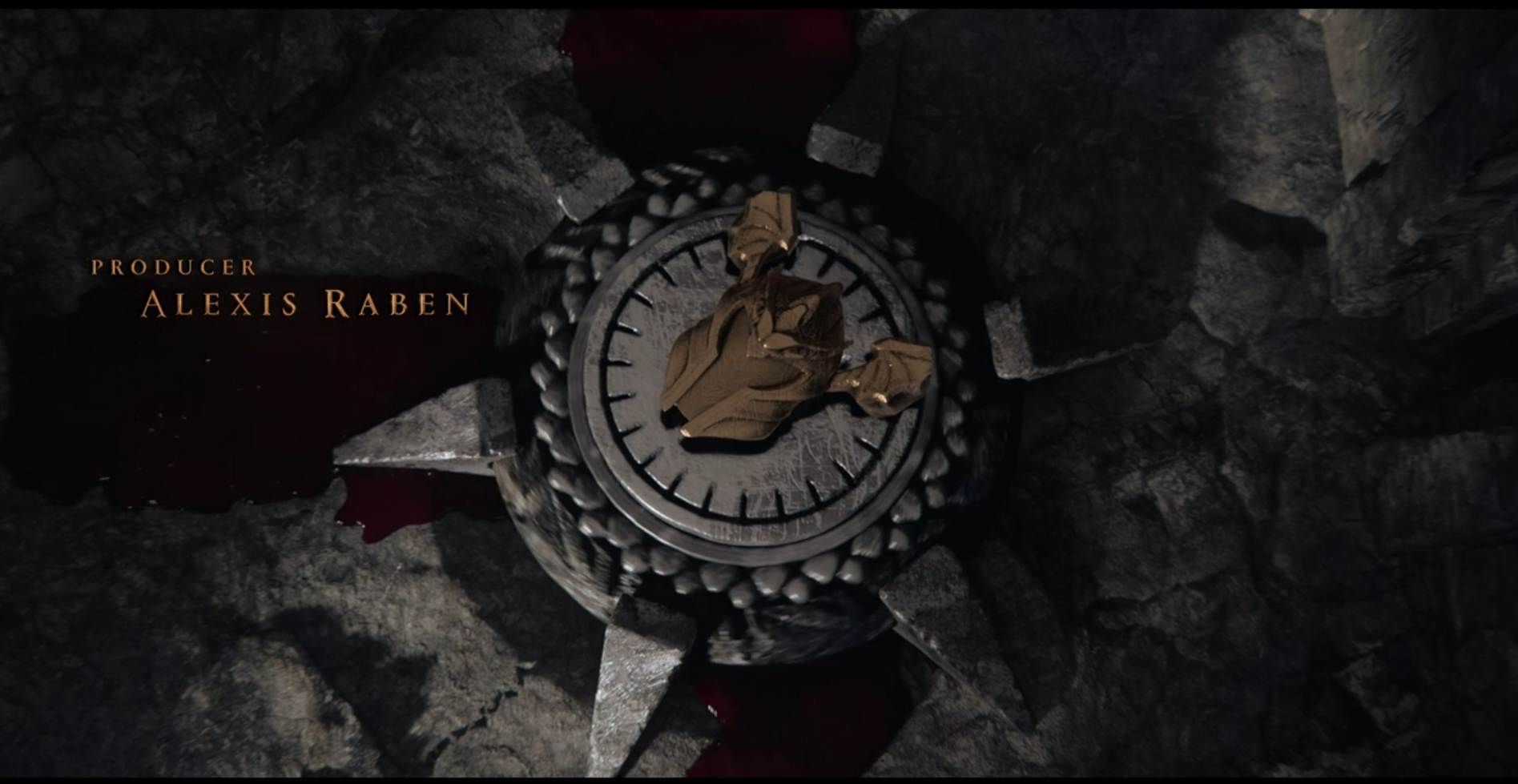 But these small changes are nothing compared to how different the model looks in the opening that precedes the big timeskip and the ones after it. In Episode 6, “The Princess and the Queen”, instead of following King Viserys’ bloodline right away, we take a detour by Daemon’s cog. The prince is represented by his warrior helm.

Two bloodstreams come out of Daemon’s cog, representing the ladies Baela (Shani Smethurst) and Rhaena (Eva Ossei-Gerning). The girls’ respective streams are also fed with the blood coming out of Lady Laena’s (Nana Blondell) cog. In Episode 6, Laena’s sigil remains dry, but, in Episode 7, it is quickly drowned by the blood. 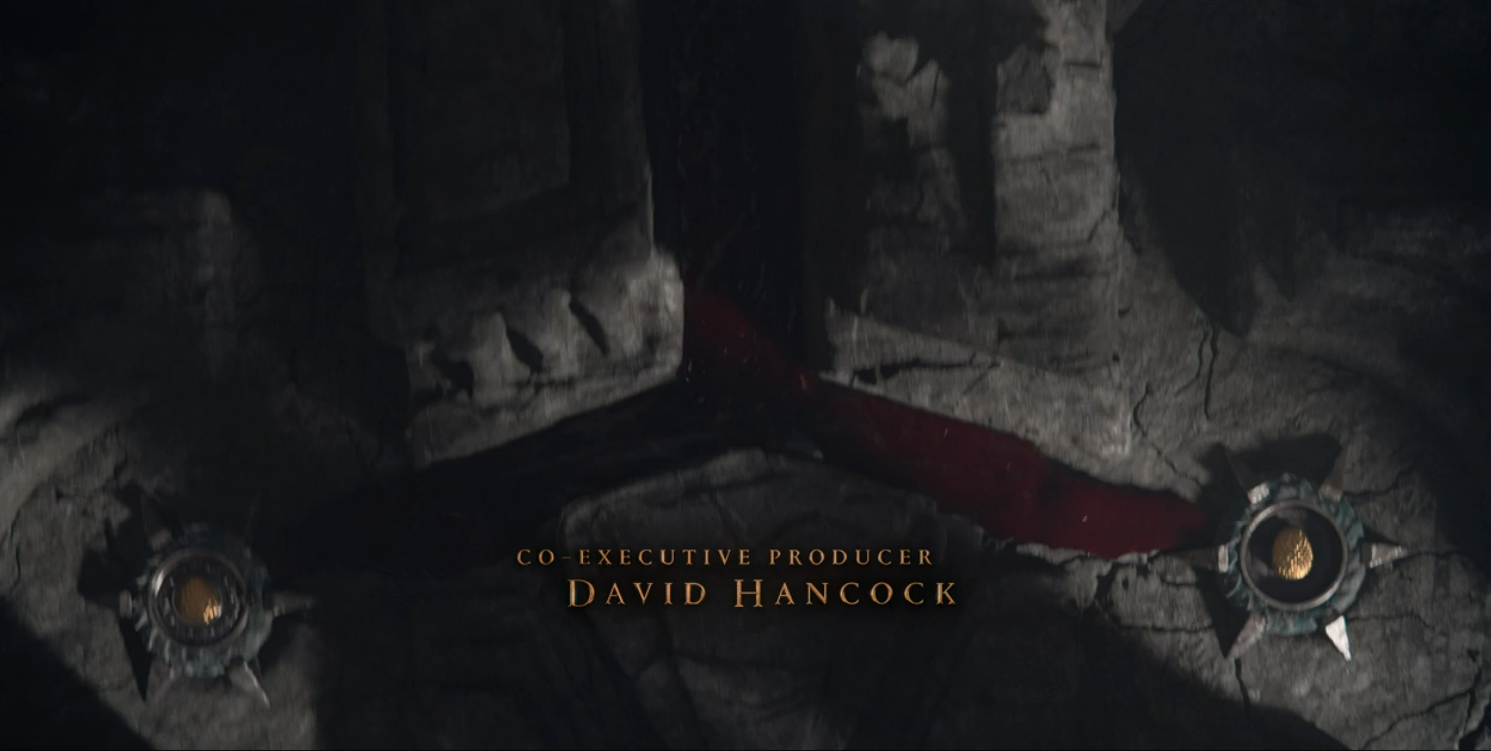 Something interesting happens with the bloodstream that should connect Rhaenyra to the father of her children. Instead of mixing with Laenor’s (John Macmilan) or Ser Harwin’s (Ryan Corr) blood, the line goes beneath a box, indicating the doubts surrounding the true parentage of young Jace (Leo Hart) and Luke (Harvey Sadler).

Last, but not least, the camera gives a good look at the cogs of Princess (or Queen) Rhaenyra’s two sons.

So far, that’s what the House of the Dragon opening sequence – or, rather, sequences – has to tell us. However, I would bet a dragon and an eye that the upcoming finale has even more changes on the way.