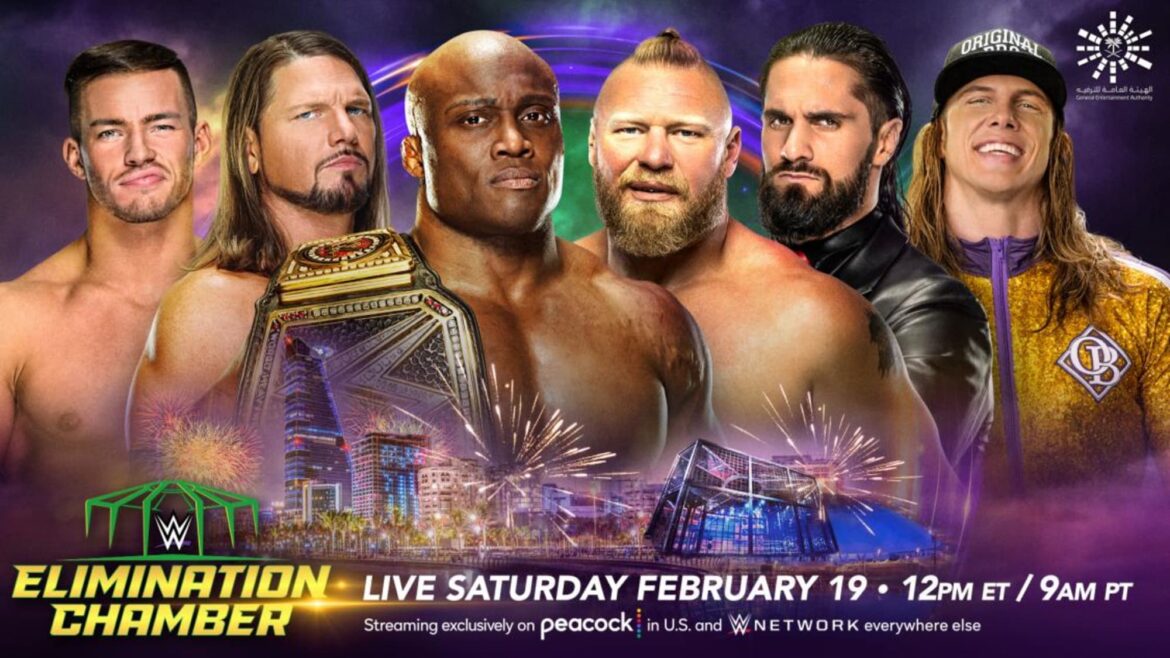 WWE Elimination Chamber is set to take place on Saturday, Feb. 19, and there are some huge matches made official for the show.

WrestleMania 38 is getting that much closer with the Feb. 7 episode of Monday Night Raw in the books. We are not only one week closer to the biggest wrestling show of the year, but also to WWE’s next premium live event, Elimination Chamber.

Last week, the WWE Championship Elimination Chamber match was all set with Bobby Lashley defending his title against Royal Rumble winner Brock Lesnar, Seth Rollins, Austin Theory, Riddle and A.J. Styles. Not only that, but Becky Lynch will take on WWE Hall of Famer Lita for the Raw Women’s Championship.

Here is the entire match card for the Elimination Chamber event.

When is WWE Elimination Chamber?

Be sure to stay tuned to FanSided for all your WWE, AEW and Pro Wrestling coverage from unique analysis to fun angles, to viral content and much more.