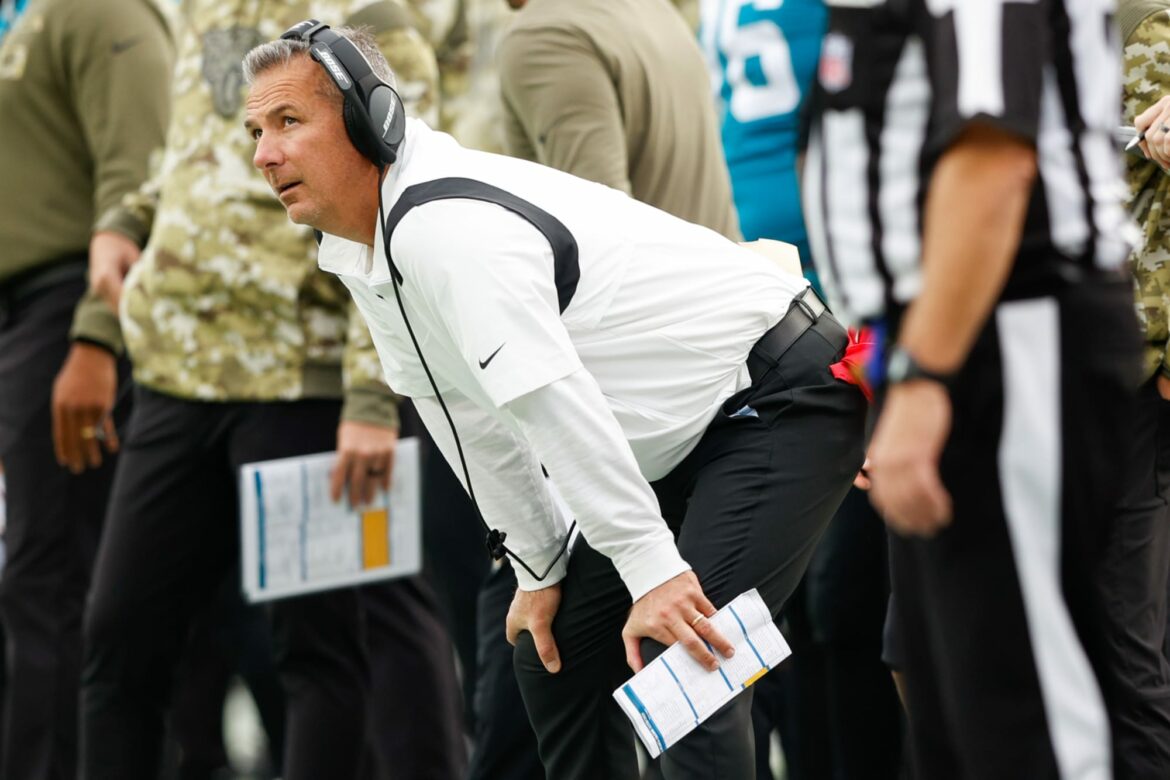 Jacksonville Jaguars head coach Urban Meyer reportedly has no interest in taking over at Notre Dame.

The three-time national championship-winning head coach served as an assistant under Lou Holtz from 1996-2000 before getting the Bowling Green head coach job.

When the Notre Dame gig opened up in the mid-2000s, Meyer opted to leave the Utah Utes to take over the Florida Gators instead of going back to South Bend. Now in his first year of a massive rebuilding project in Jacksonville, Meyer has made it known he is not interested in returning to college.

Filed to ESPN: Per a league source, Jaguars coach Urban Meyer has no interest in taking another college coaching job and remains committed to rebuilding the franchise.

Jacksonville fell to 2-9 last week, making this Meyer’s first losing season as a head football coach.
Meyer last coached at the college level for the 2018 Ohio State Buckeyes. Medical concerns forced him into an early retirement for the second time.

He went on to work for FOX on Big Noon Kickoff, but he felt the Jaguars job was too good to pass up. It has been a long and frustrating year for him with the Jaguars, but he does have an NFL franchise cornerstone at quarterback in Trevor Lawrence.

Could Meyer return to the college sidelines some day?

Though Meyer would likely do well at Notre Dame, he will not replace Brian Kelly.