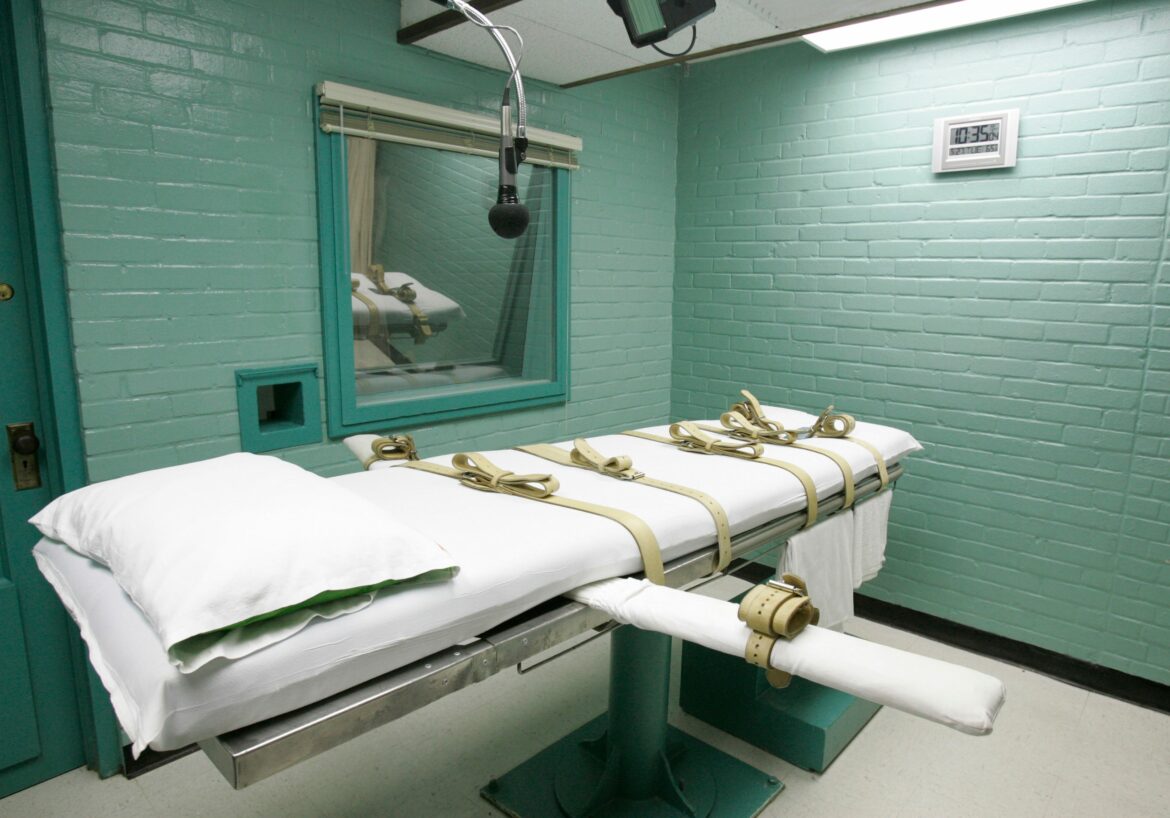 The United States is at its lowest level of executions in decades this year, continuing a downward trend in executions and death sentences since the 1970s when the current era of capital punishment began in this country, according to a report released Thursday.

There were 11 executions in 2021, including those performed by states and the federal governments, and 18 people were sentenced to death. The number of executions is down from 17 in 2020, and is the fewest since 1988, the Death Penalty Information Center report found.

The number of people who received death sentences matched the record from last year since 1972.

2021 is the seventh year in a row with fewer than 30 executions and 50 new death sentences in the United States. Virginia became the first Southern U.S. state to eradicate the death penalty earlier this year, after having the second-highest number of executions of any state. It was the 23rd state to abolish capital punishment.

Virginia’s Democratic majority helped usher in the change, arguing that the death penalty disproportionately impacted people of color, people with mental illnesses and the poor. The report by the Death Penalty Information Center found much the same.

All but one prisoner who was executed in 2021 had either a serious mental illness, brain injury or damage, indications of an intellectual disability or chronic childhood trauma, according to Ngozi Ndulue, the Death Penalty Information Center’s deputy director. The Death Penalty Information Center says it does not take a stance on the death penalty but is critical of the way it is applied.

“We are seeing fewer and fewer executions, but those that do occur demonstrate that the death penalty is not reserved for the worst of the worst, but the most vulnerable of the vulnerable,” Ndulue said.

The report found that death sentences and executions disproportionately involved victims who were white and female, and that only defendants of color were executed for cross-racial murders. Ten of the 18 death sentences imposed this year were against people who are Black or Latino. Six of the 11 executed were Black.

Virginia’s abolition of capital punishment signaled the declining reach of the death penalty in the U.S., according to the Death Penalty Information Center.

Though the majority of Americans support capital punishment, polls also show that most Americans believe it is applied unfairly. Pew found that 56% believe Black people are more likely to be sentenced to death than white people for similar crimes. The death penalty doesn’t deter people from committing serious crimes, 63% said. And 78% said they believe there is a risk an innocent person will be sentenced to death.

In 2021, two death row prisoners were exonerated of their crimes, the Death Penalty Information Center report found. That brings the total since 1972 to 186 exonerations of death row prisoners, which is about one in eight executions since then, according to the report.

This year:Oklahoma carries out first lethal injection since 2015, executing inmate for murder of prison worker

Last year, the 10 executions by the federal government outnumbered executions by states for the first time, with the former Trump administration pushing for the resumption of federal executions after a 17-year hiatus.

In January 2021, three death row prisoners were executed in the federal death chamber in the days before President Joe Biden took office, in an unusual move by the former administration. Biden has been vocal about his opposition to capital punishment.

“The six executions between the November 3, 2020 election and the January 20, 2021 inauguration were the most in U.S. history during a presidential transition period,” Thursday’s report found.

The coronavirus pandemic is partly to blame for the drop in death sentences, the report found. The numbers are artificially deflated by court closures and trial delays, it says. Some death row inmates were killed by the coronavirus before they could be executed.

Death sentences and executions are now concentrated in a few Southern states. Alabama, Oklahoma and Texas handed down half of 2021’s death sentences. Five counties — four in Texas and Oklahoma County — account for 20% of all executions since the 1970s, according to the report.

Meanwhile, in addition to the 23 states that have abolished capital punishment, three states have a moratorium on executions and another 10 states haven’t carried out any executions in a decade, the report says.

An October 2021 decision is expected to clear most, if not all, of Oregon’s death row, “rendering the death penalty functionally obsolete in the state,” the report found. And anti-death penalty efforts are gaining ground in Ohio and Utah.