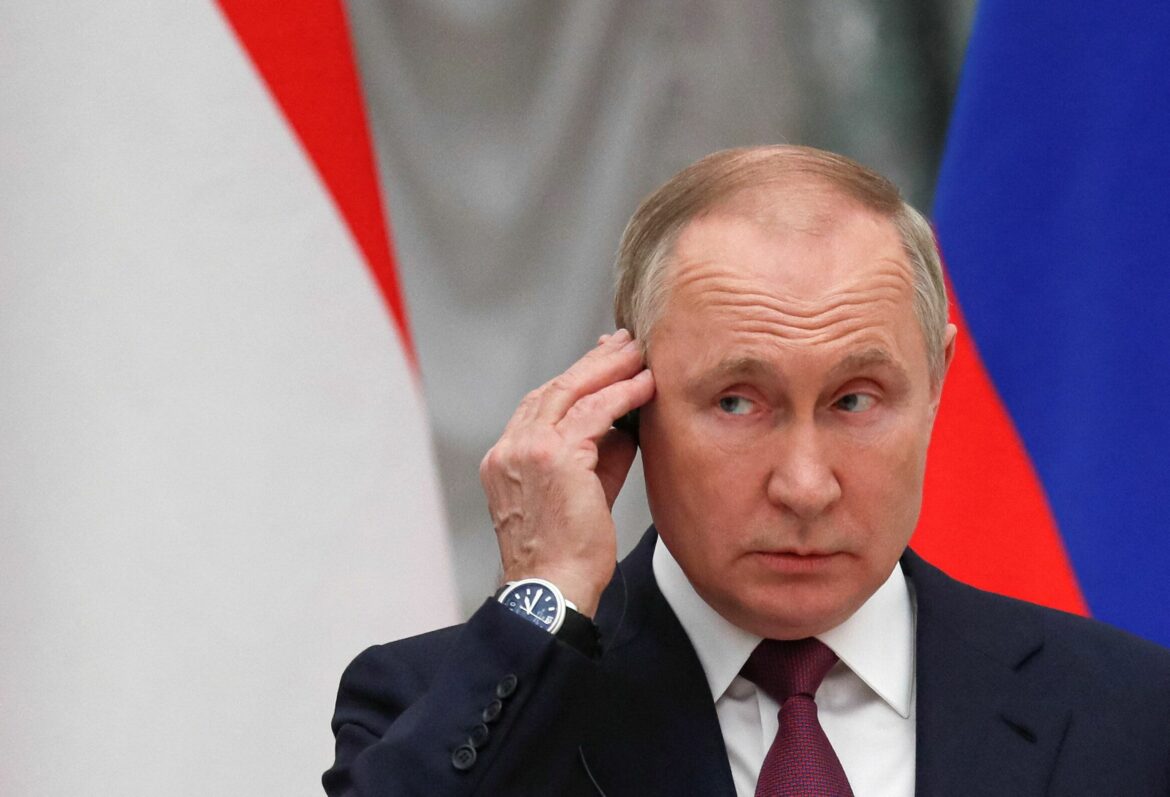 KYIV, Ukraine (AP) — The videos posted online Friday by Russia-backed separatists announced an “immediate evacuation” due to what they claimed was a threat of imminent attack by Ukraine. But metadata embedded in the video files betrayed a certain lack of spontaneity.

It showed that the files were created two days earlier.

The apparently prerecorded videos uploaded to Telegram, a messaging service and social network, strongly supported what U.S. authorities have alleged for days: Russia and the rebels it backs in eastern Ukraine are acting as aggressors as they follow a script for inciting a conflict.

Around the same time the files were created, hundreds of shells struck along the tense front lines in the region, misinformation came and went about a kindergarten struck, GPS signals were jammed and the cellphone network went dark overnight.

That was followed by the announcement of an evacuation to Russia and a car bomb in the heart of separatist territory.

In a sliver of land where pro-Russian separatists have battled Ukrainian government forces for years, the fight is as much for control of the message as it is for territory.

The Ukrainian government says the entire country is beset by a “hybrid war” in which Russia attacks the country’s economy, its online infrastructure and its very borders — all without the need to launch a full-scale armed invasion. Communication is the weapon of choice.

The Associated Press confirmed the Feb. 16 file-creation date for the videos posted Friday afternoon on the Telegram channels for Denis Pushilin, head of the Donetsk rebel government, and his counterpart in the Luhansk rebel government.

Telegram videos retain their metadata, which includes by default the date a file is created. It cannot be changed on the social network after upload, said Roman Osadchuk, a research associate at DFRLab who confirmed the Feb. 16 metadata. Osadchuk said it was difficult to imagine why the men would deliberately backdate the videos on their own preferred channel of communication.

U.S. authorities have alleged that Russia has planned an invasion all along, and said the Kremlin had prerecorded videos as part of a disinformation campaign.

“Today, Feb. 18, we are organizing a total centralized evacuation of citizens to the Russian Federation,” Pushilin declares solemnly, alleging that an attack from Ukraine is imminent.

Soon afterwards, authorities began moving children from an orphanage in Donetsk, and other residents boarded buses for Russia. Long lines formed at gas stations as more people prepared to leave on their own.

Western officials have warned that the spark for war could come from the volatile east. Repeatedly in recent weeks, the U.S. has said the simmering conflict there could provide cover or an excuse for Russia, which has massed troops near Ukraine’s frontiers on three sides, to roll across the border.

Fears spiked on Thursday, after international monitors reported more than 500 explosions over the course of a day, including one shell that smashed into Stanytsia Luhanska’s kindergarden classroom at the start of the school day on Thursday. Two teachers and a staff member were injured.

With smoke barely clear from the explosions in the building, a narrative from pro-Russian social media accounts was fixed: Ukrainian forces had targeted children in the separatist region. That was disproven easily enough — the school is in a government-controlled village.

“When this knowledge became public, the story has changed, and propaganda sources started claiming that armed forces of Ukraine have attacked this kindergarten on Ukrainian territory as a provocation” said Oleksandra Tsekhanovska of the Ukraine Crisis Media Center.

Lt. Gen. Valerii Zaluzhnyi, commander of Ukraine’s armed forces, said he would not give in to provocations intended to draw a counter response, echoing the warnings from the United States.

Russia denies any plans to attack.

“We can’t rebut all fabrications, the number of which is growing exponentially and is produced by enemy propaganda during these tough days,” Zaluzhnyi said.

Allegations of “genocide” against the Russian-speaking Ukrainians in the east have spiked since Feb. 14, Tsekhanovska said.

Monitors from the Organization for Security and Cooperation in Europe have been in place in the Donetsk and Luhansk regions since 2014 to try to maintain the cease-fire and monitor violations. It’s never been easy, but that task was made harder this week as they found their access repeatedly blocked.

“The gradual fraying of the cease-fire … has regrettably accelerated,” Yaşar Halit Çevik, the mission’s chief monitor, told the U.N. Security Council on Thursday. He said daily cease-fire violations had doubled since the beginning of the year.

In addition to the explosions, the organization recorded nearly 600 cease-fire violations over the course of a day, more than double the average for the past month. And three of the organization’s small surveillance drones went astray after the GPS signal was jammed; a fourth couldn’t make it off the ground without a signal.