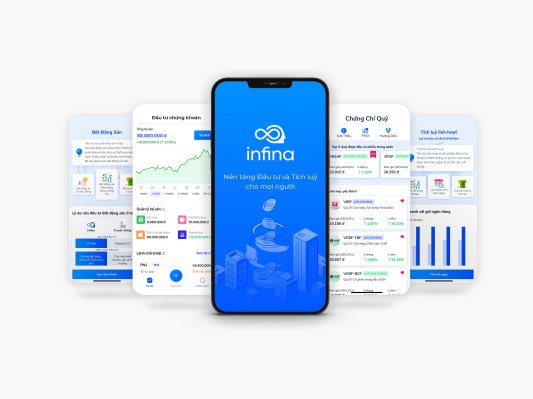 Retail investment apps in Southeast Asia attracted a lot of funding last year, and the trend looks set to continue with Vietnam-focused Infina announcing that it has added $4 million to its seed funding. Along with the $2 million it announced in June, this brings the round’s total to $6 million.

Infina was part of Y Combinator’s Summer 2021 cohort and aspires to become the “Robinhood of Vietnam.” It launched in January 2021.

Like other Southeast Asian investment apps that have attracted venture capital over the past year (a partial list include Indonesia’s Pluang, which recently raised a $55 million follow-on to its Series B, Bibit, Ajaib, Pintu and Syfe), Infina is focused on first-time Gen Z and millennial investors.

More Vietnamese people began participating in the stock market last year, driven in part by a jump in the market value of publicly traded companies. Infina says it saw a compound monthly growth rate of 64% in funded accounts in 2021.

The app enables investors to pick from several asset classes, including fixed-income products, mutual funds and stock trading. It also offers fractionalized trading, which means users can invest with lower minimum amounts. Part of the reason for Infina’s growth is its integration in third-party super apps, including e-commerce app Tiki.