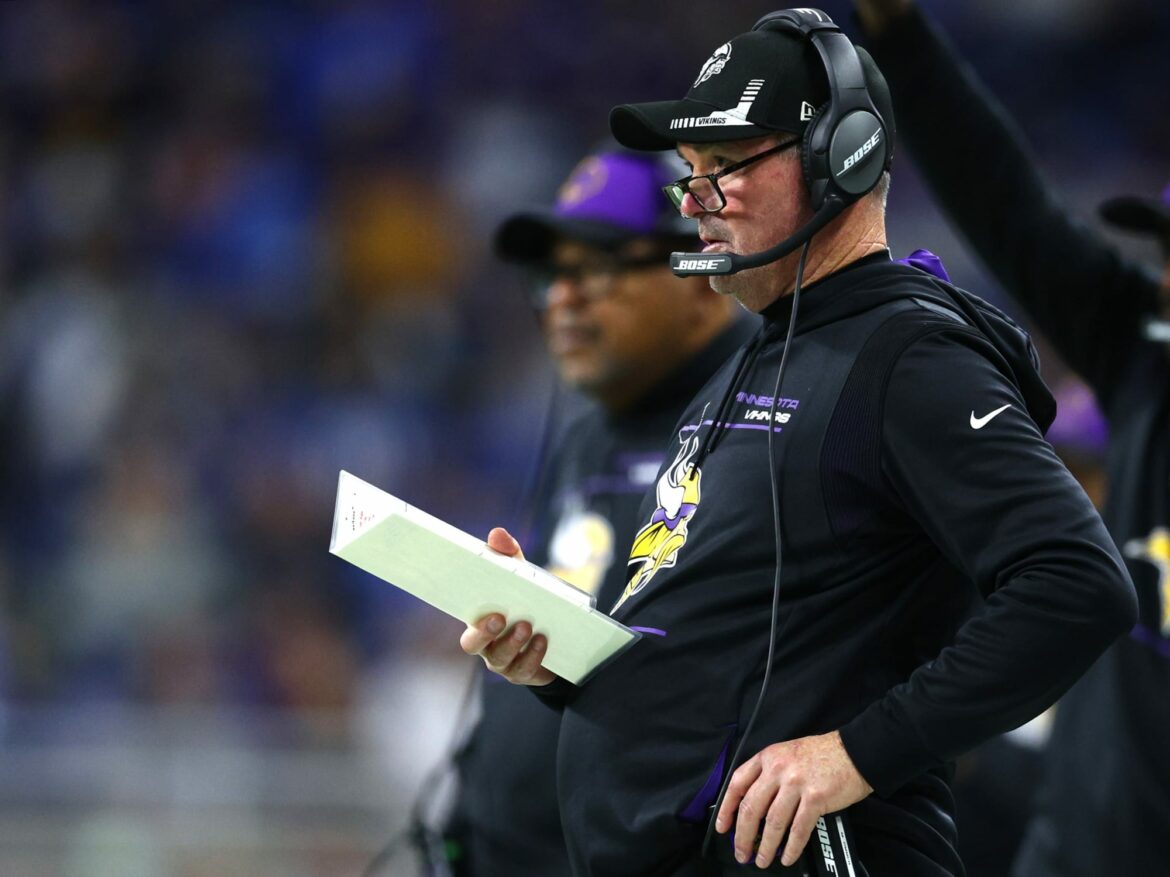 Vikings fans who want Minnesota to fire Mike Zimmer won’t feel much different after his explanation for Sunday’s inexplicable loss to Detroit.

When will the Minnesota Vikings fire Mike Zimmer? Not soon enough if you ask fans reeling after an inexplicable walk-off loss to the Detroit Lions on Sunday.

Minnesota came back from a 20-6 deficit to lead the Lions 27-23 with less than 10-seconds left in the game. In an alternate universe, the Vikings stop Jared Goff’s last throw of the game and leave Detroit with a victory and a place in the NFC playoff picture.

Unfortunately for Vikings fans in this universe, the Lions scored a touchdown as time expired to win their first game since 2020 and Goff’s first game without Sean McVay as his head coach. It’s a terrible — and unfair — streak that died on Sunday but the uglier death was suffered by the Vikings season.

The loss is essentially a season-ender for the Vikings, who were already clinging to life in the playoff picture. A loss sinks Minnesota to 5-7 and out of the playoff picture. Adding to the pain was the loss of Adam Thielen to an ankle injury, with starting running back Dalvin Cook already out with a shoulder injury.

Simply put, things are bad in Minnesota and there might not be any coming back from this.

Vikings head coach Mike Zimmer was understandably salty after the loss, but the explanations he offered up to questions about what exactly the hell happened won’t inspire much confidence in Vikings fans.

#Vikings coach Mike Zimmer: “You play all these close games. … That’s just the way the NFL is.”

That’s both obvious and the last thing Vikings fans want to hear.

Zimmer’s seat was already hot coming into Sunday’s game, and the number of Vikings fans who would be upset if he were to be left in Michigan is fewer than both the games left in the season and the number of wins Zimmer has produced this year.

Add to that the number of playoff wins, Super Bowl appearances, and victories.

The writing has been on the wall for a while when it comes to Zimmer’s future in Minnesota, and Sunday’s loss might be a final nail in the coffin. Regardless of the Vikings chances of making the playoffs, Zimmer’s teams have lost their luster and it feels like change is both needed and going to happen.

It might be time for the Vikings — a habitual band-aid franchise — to blow things up and start over in a way it rarely has before.