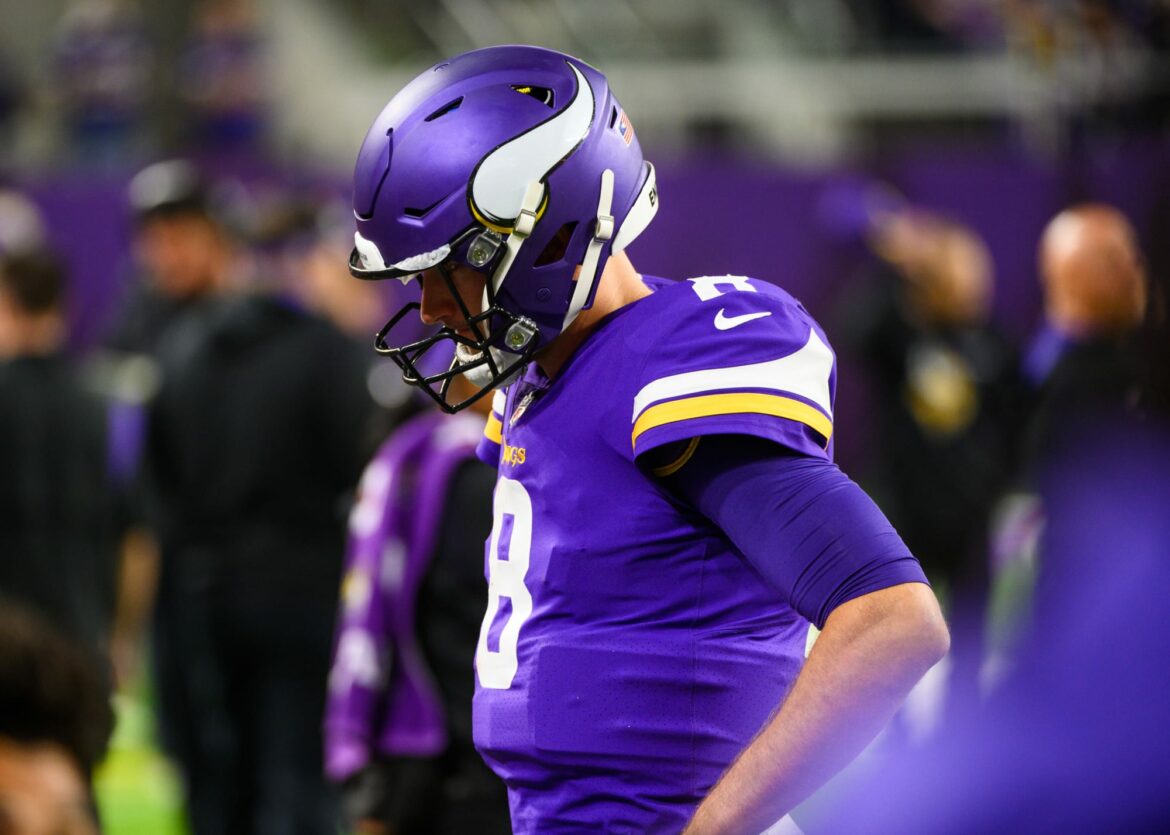 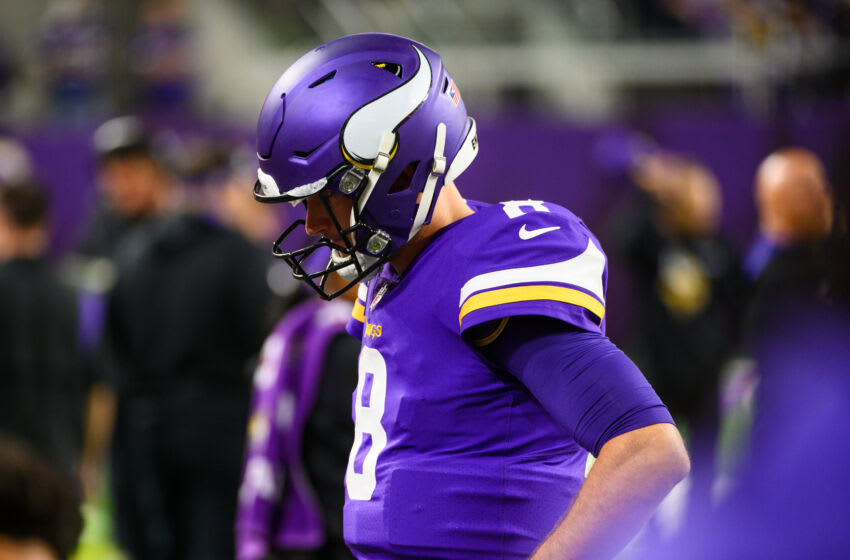 MINNEAPOLIS, MN – OCTOBER 31: Kirk Cousins #8 of the Minnesota Vikings reacts on the sideline in the third quarter the game against the Dallas Cowboys at U.S. Bank Stadium on October 31, 2021 in Minneapolis, Minnesota. (Photo by Stephen Maturen/Getty Images)

The Minnesota Vikings were among a handful of teams to send scouts to Pittsburgh on Thursday night to watch Pitt football star Kenny Pickett sling it vs. UNC quarterback Sam Howell in ACC play.

ESPN’s Chris Mortensen reported that over 30 scouts were in attendance at Heinz Field on Thursday night to see the No. 21 Pittsburgh Panthers take on the unranked North Carolina Tar Heels. While Howell had been everyone’s quarterback darling throughout the offseason, it has been Pickett who has been the better ACC signal-caller in 2021. Both could replace Kirk Cousins.

Not only were scouts present, but Rick Spielman was one of five general managers in attendance.

What are the chances the Vikings general manager has identified either Howell or Pickett as Cousins’ eventual replacement in the Twin Cities?

While this is not a great quarterback draft class at all, many of the better pro prospects do call the ACC home. Howell has been on everyone’s radar since his freshman year at Chapel Hill. Pickett has ample starting experience at Pitt, but had not been seen as a first-round prospect until this season. Wake Forest’s Sam Hartman has also been a fast riser up some NFL Draft boards as well.

The good news for Minnesota is none of these quarterback prospects are worthy of going No. 1 overall, or top-five for that matter. Could one or two of these quarterbacks prospects go top-10? Definitely, which would be within striking distance for Spielman to draft or trade up to get his guy. The Vikings’ historical quarterbacking woes are well-documented, but all it takes is for one to hit.

Overall, Pickett is the most sought-after of this trio of ACC quarterbacks, but teams like the Denver Broncos, the Philadelphia Eagles and the Pittsburgh Steelers will have a ton of interest in possibly drafting him top-10 out of Pitt as well.