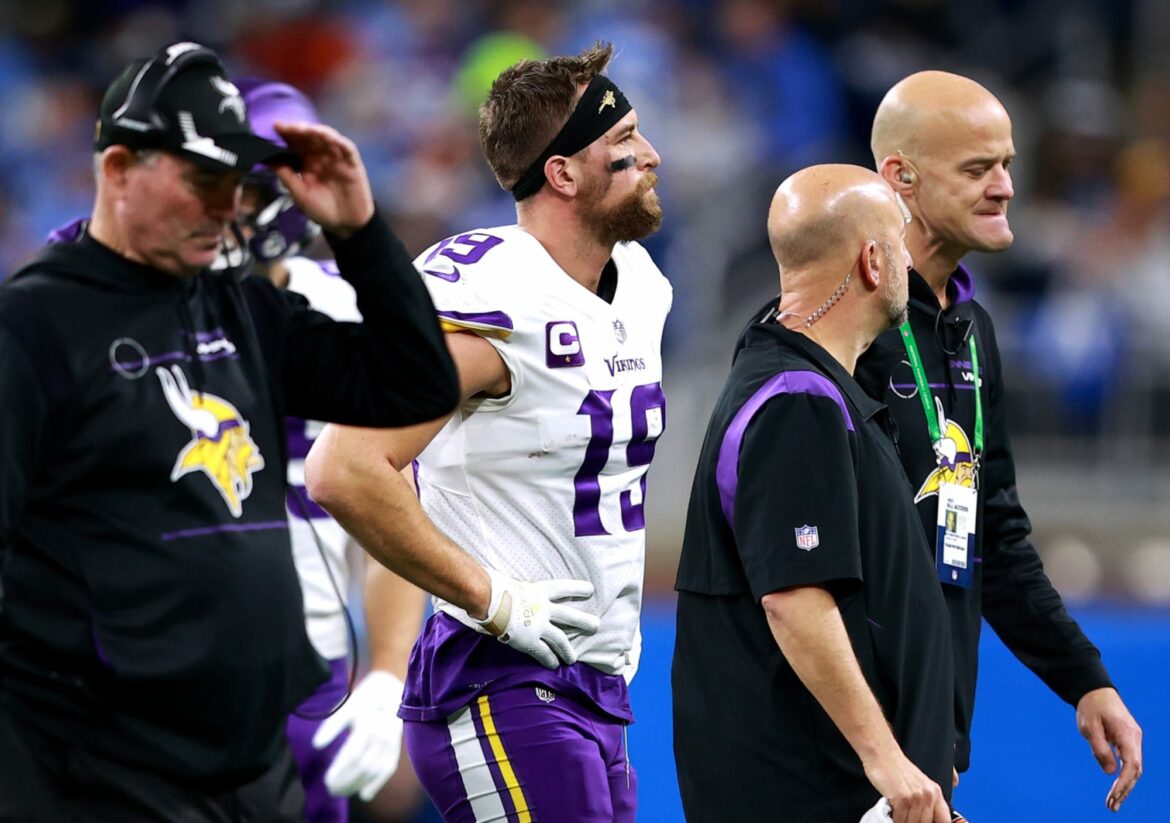 DETROIT, MICHIGAN – DECEMBER 05: Adam Thielen #19 of the Minnesota Vikings talks off the field after an injury during the first half against the Detroit Lions at Ford Field on December 05, 2021 in Detroit, Michigan. (Photo by Rey Del Rio/Getty Images)

The Minnesota Vikings will have to try and take down the Detroit Lions without star wideout Adam Thielen out on the field due to injury.

Things just haven’t been going according to plan for the Minnesota Vikings going up against the winless Detroit Lions on Sunday. The Vikings were expected to go in and dominate, but the opposite has been the case in this one.

To make matters worse for Minnesota, the Vikings won’t have superstar wideout Adam Thielen out on the field for the second half. Thielen went down with an ankle injury and while he was originally questionable to return, that won’t be happening.

#Vikings have now ruled out WR Adam Thielen (ankle) for the rest of today’s game. They are down 20-6 at the half to the winless Lions.

Adam Thielen ruled out with an ankle injury for the Vikings

This is a major blow for the Vikings and quarterback Kirk Cousins. Virtually no one expected the Lions to dominate the Vikings in the first half of their battle and take a 20-6 lead going into the locker rooms.

Minnesota will have to wake up and fast in the second half to try and prevent suffering an embarrassing loss to Detroit. Looking ahead to things, Minnesota will of course hope that Thielen doesn’t miss extended time with this ankle injury.

He’s in the middle of another great year for Minnesota, as he entered Sunday’s game with 63 receptions for 686 yards and 10 touchdowns. Those 10 scores are tied for the most in the league by a receiver. Minnesota fans can only hope Theilen can rest up and get back on the gridiron next week.