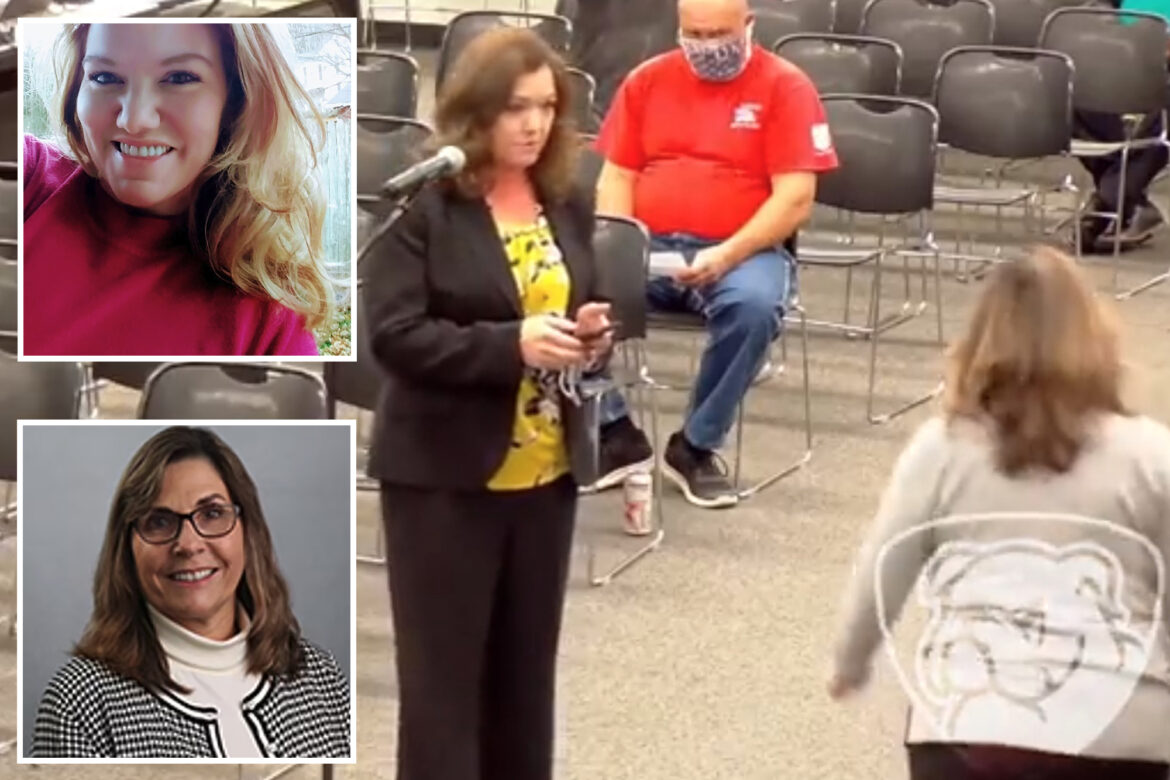 A Virginia school board chairwoman was filmed storming out of a meeting last week after a parent confronted her with photos showing her posing maskless in a “crowd of people” — after she berated parents for protesting local mask mandates.

The heated exchange unfolded when parent Alecia Vaught got up to address the Montgomery County school board and raged about the state’s mask policies that were only recently overturned by new Republican Gov. Glenn Youngkin, ABC13 reported.

“They said we must follow Governor Northam’s executive order, so we had to. This year, a new governor comes into the office and they suddenly don’t want to follow the executive orders,” Vaught told WFXR.

After accusing the board of being hypocrites for not wanting to follow Youngkin’s new order that abolishes masks in schools, Vaught took direct aim at chairwoman Susan Kass — who she said yelled at her and a group of parents at a previous school board meeting after they removed their masks in protest.

The parent started scrolling through photos on her phone of Kass without a mask alongside several others. Vaught claimed the photos were taken from the chairwoman’s personal Facebook page.

Chairwoman Susan Kass left the meeting after telling Alecia Vaught the photos were of her with her vaccinated family.MCPS 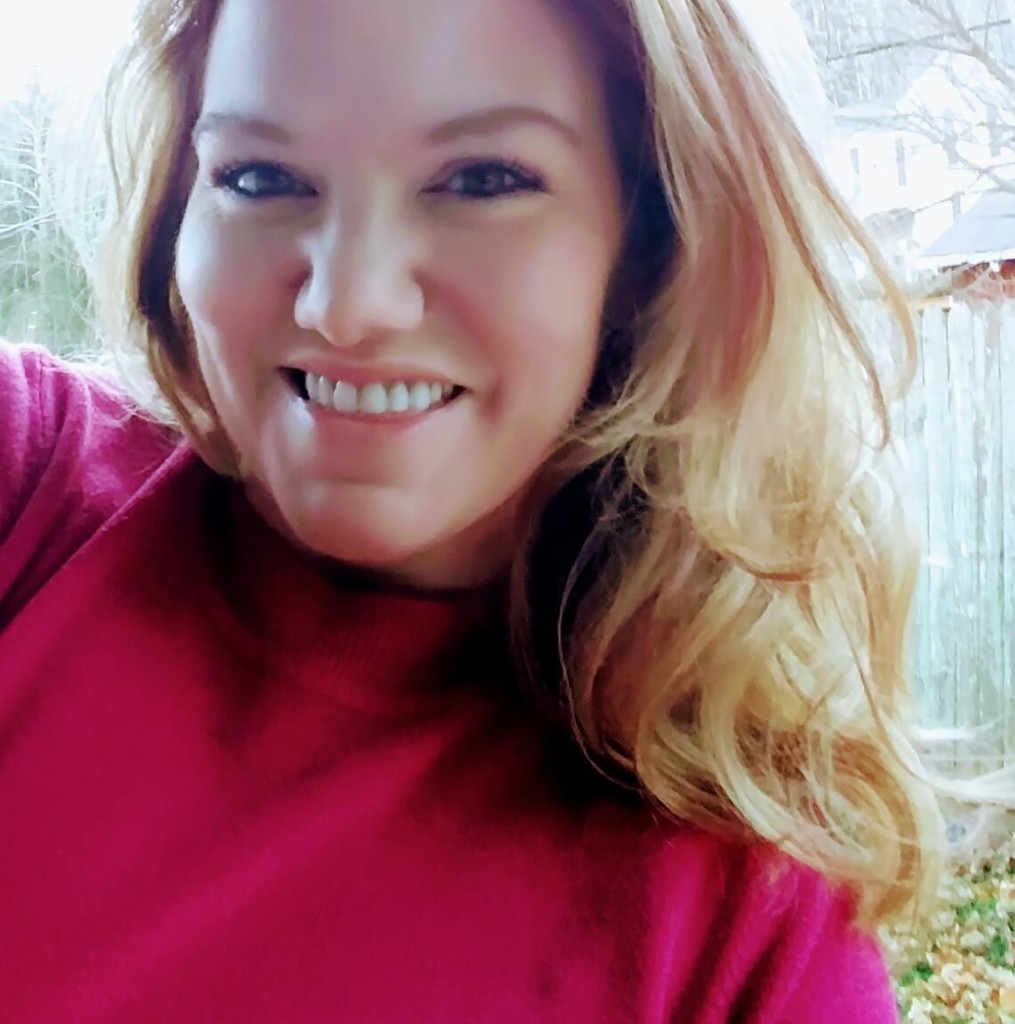 Alecia Vaught took aim at the chairwoman by showing photos of her without a mask alongside several others.Facebook/Alecia Vaught

“I’m sorry, Ms. Vaught, you are done. If you are going to sit there and disparage a member of our school board, then you can sit down,” Kass said as she called for a police officer to step in and remove the parent.

Another board member chimed in, saying Vaught should be allowed to speak.

“She should be able to say her piece. I’ve had to listen to people come and criticize me,” the board member said. 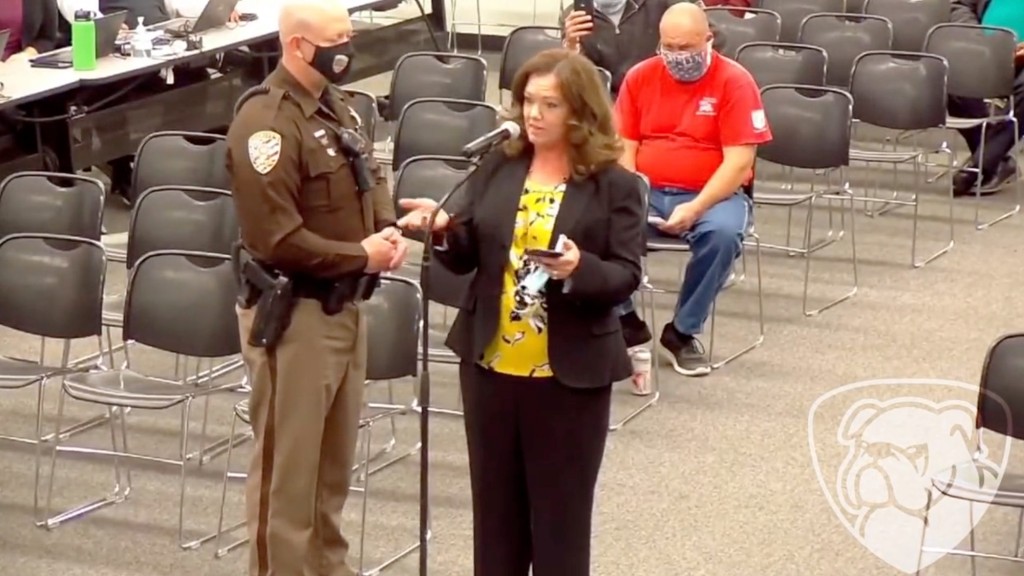 “Our family is being suffocated to death by your policies,” Alecia Vaught argued.Twitter/@ClayTravis

“What do you think about our family? Our family is being suffocated to death by your policies,” the furious parent hit back.

At that point, Kass could be heard saying, “I’m done. She leaves or I leave.”

Seconds later, the chairwoman could be seen storming out of the meeting.

In a statement in the wake of the heated exchange, Kass insisted the photos showed her gathering with vaccinated family and friends in their homes. 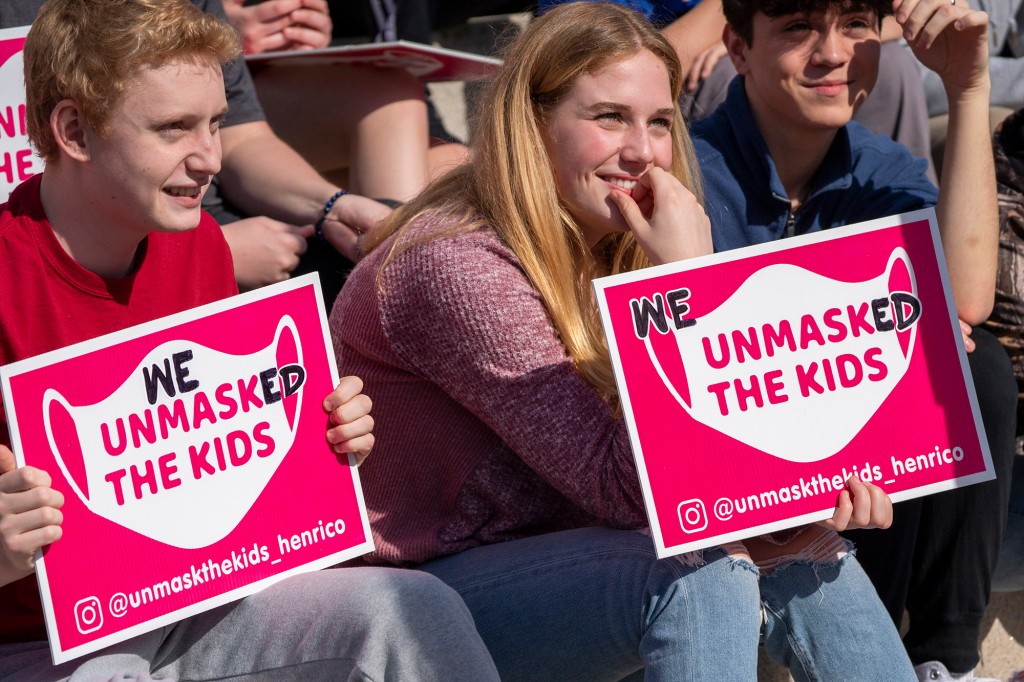 “I wish I had reacted differently. But when someone is scrolling through your personal FB trying to prove something that isn’t true, and now they are threatening to show photos of your family, you become protective,” Kass said.

“She is trying to paint me as a hypocrite because I spent time with family and friends who are vaccinated and boosted at people’s homes. I have not asked anyone to do something that I haven’t done myself. I have elderly parents that I also need to protect.”