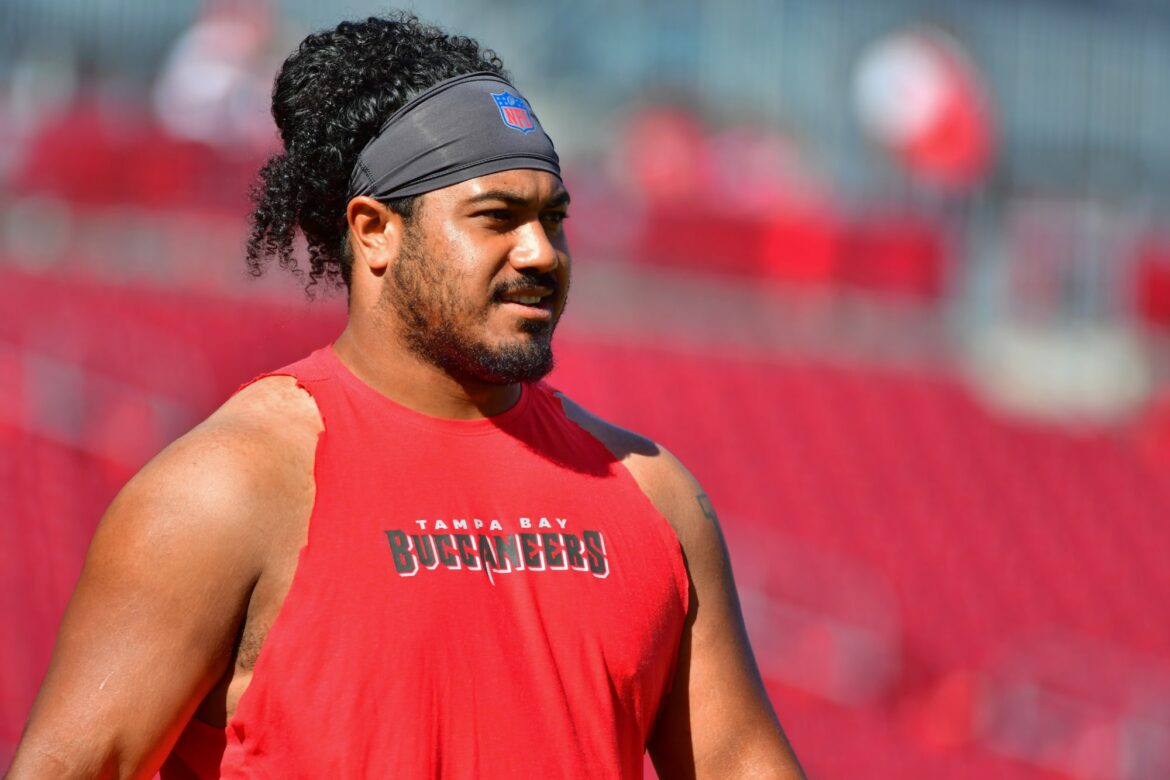 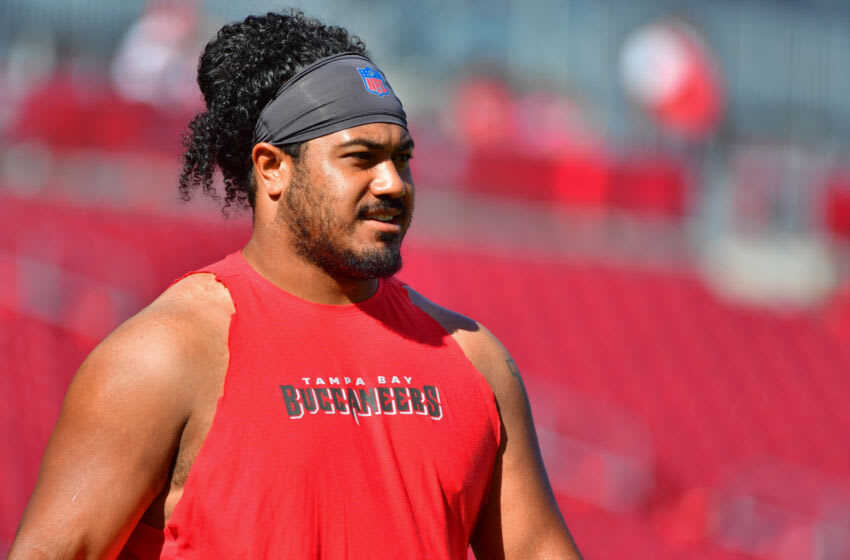 TAMPA, FLORIDA – DECEMBER 08: Vita Vea #50 of the Tampa Bay Buccaneers looks on during warmup prior to a football game against the Indianapolis Colts at Raymond James Stadium on December 08, 2019 in Tampa, Florida. (Photo by Julio Aguilar/Getty Images)

College football expert picks Week 7: Picks against the spread for every Top 25 game by Cody Williams

Tampa Bay Buccaneers nose tackle Vita Vea was the focus of a postgame interview due to his hilarious struggle to get out of his jersey after the game.

Leonard Fournette played so well in Week 6 that he earned a post-game interview with Erin Andrews.

But while “Playoff Lenny” was talking about how the running back unit has been working hard at their craft, someone else stole the show — Bucs nose tackle Vita Vea.

Vea and Eagles’ offensive tackle Jordan Mailata were standing together after the game and decided to take their jerseys off. While Mailata quickly popped his head through his jersey, Vea was stuck with his jersey over his head for the world to see. Eventually, a Bucs staffer had to come and yank the jersey off of Vea. It was so noticeable that FOX had to change the camera shot during Vea’s wardrobe malfunction.

It’s not surprising Vea took the spotlight, as his own level of play deserves plenty of attention. Vea’s return during the 2020 NFL Playoffs was critical in the Bucs’ continuous wins, but Vea hasn’t stopped there. Projected as an All-Pro player this season, Vea continues to be the “unsung hero” of the Buccaneers defense.

While the Bucs defense has developed a bad reputation for its injury-ridden secondary, they have one of the best run defenses in the NFL. With a 3-man line, that could be hard to manage — but not with a nose tackle like Vea.

Despite his serious game, Vea is known to have a comedic side as well. During a February interview on the Pat McAfee Show, Vea explained why he gave Ndamukong Suh the nickname “Big Girl.”

Whether in the background or in the spotlight, Vea is a bright spot of this 5-1 Buccaneers team.