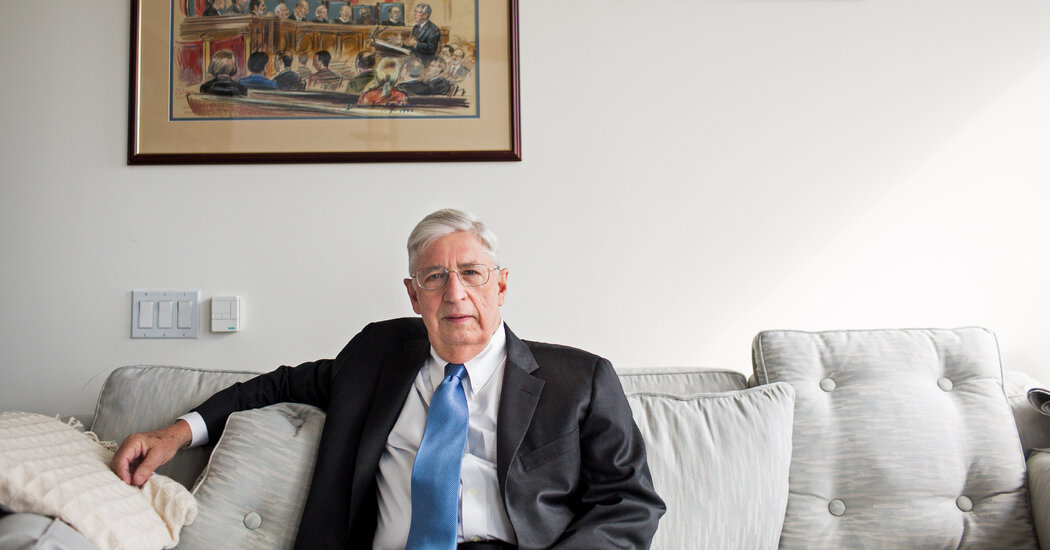 He taught for two years and then clerked for Justice Hugo L. Black of the Supreme Court.

Afterward he decided to return to North Carolina to put down roots and prepare for an eventual career in politics — he wanted to be governor, he told Politico in 2020, “and the only intellectually interesting job in North Carolina was teaching at Duke.”

Mr. Dellinger never ran for office; instead, he developed a reputation as an outspoken liberal on both state and national issues. He wrote for newspaper opinion sections and weekly magazines like The New Republic, and became a regular face on the Sunday political talk shows.

His soft Southern drawl moderated the force with which he argued positions that even today would put him solidly on the left. At a symposium in 1987 marking the bicentennial of the U.S. Constitution, he declared that the document was founded on an original sin that the country had yet to atone for.

“As we celebrate the bicentennial, we need to recall that the Constitutional Convention was an event whose immediate success rested in part upon one literally unspeakable compromise of principle,” he said, referring to the continuation of slavery.

After President Clinton did not appoint him solicitor general, Mr. Dellinger initially joined the White House as an adviser on constitutional matters. He helped draft a slew of executive orders addressing issues like the use of fetal tissue in research and the so-called global gag order, which barred aid groups from discussing abortion if they received federal aid. Mr. Clinton nominated him for the post of assistant attorney general a few months later.

Mr. Dellinger returned to Duke in 1997. He also joined the international law firm O’Melveny & Myers, where he founded its appellate practice.

Though he never went back to full-time government service, Mr. Dellinger remained a key figure in Democratic and liberal causes. He was a close adviser to Vice President Al Gore during his dispute over the 2000 election, and he later argued against the government before the Supreme Court in District of Columbia v. Heller, the 2008 case over whether the Constitution protects the individual right to bear arms. (He lost.)