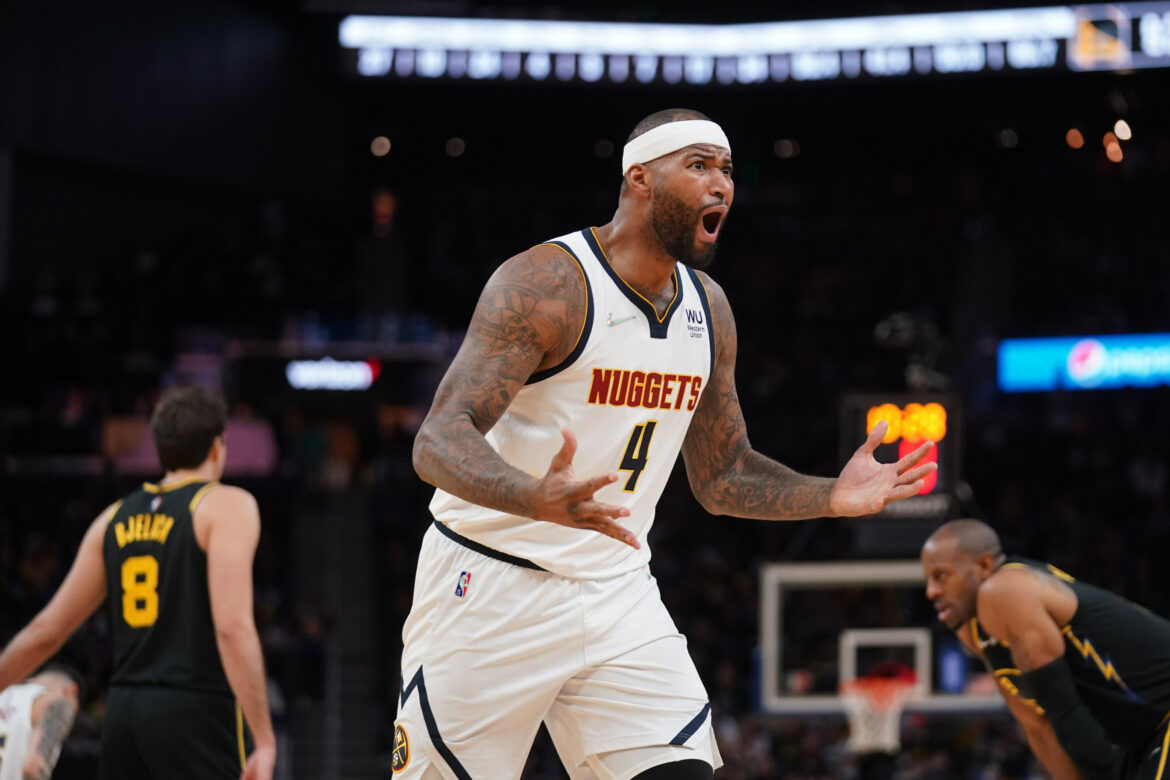 Foster has been a villain in the Bay area for years due to his untimely postseason calls, and even technical fouls given out for virtually no reason — just look what happened when Cousins was. a member of this Golden State squad a few years back.

Boogie already getting tossed from games and he’s not even active 😂 pic.twitter.com/2jxqCF3gVu

This time, DeMarcus Cousins untimely ejection didn’t come when he was sitting on the bench, useless due to injury. Now with the Denver Nuggets, the big man was hoping to contribute down the stretch for a Denver team that could use that sort of scoring punch.

Instead, Foster threw him out again, proving once and for all that his bias isn’t against one team, like the Warriors. Rather, his bias is player-centric, such as his lack of affinity for Chris Paul, and obviously Cousins.

Warriors fans think Scott Foster is out to get them, despite DeMarcus Cousins tech

There are specific moments Warriors fans point to when suggesting Foster’s looming bias. Per SF Gate, Foster has been the Dubs’ Boogeyman for quite some time:

However, Golden State fans are not alone in thinking Foster is against their team — fans of every team Paul and Cousins have ever played for are surely thinking the same thing. Foster is a veteran official and well-known throughout the ranks. He’s not afraid to go toe-to-toe with players regardless of how much power they hold in the Association.

He’s bound to make some enemies.

The entire Dubs franchise, despite what some fans may think, is not one of them.