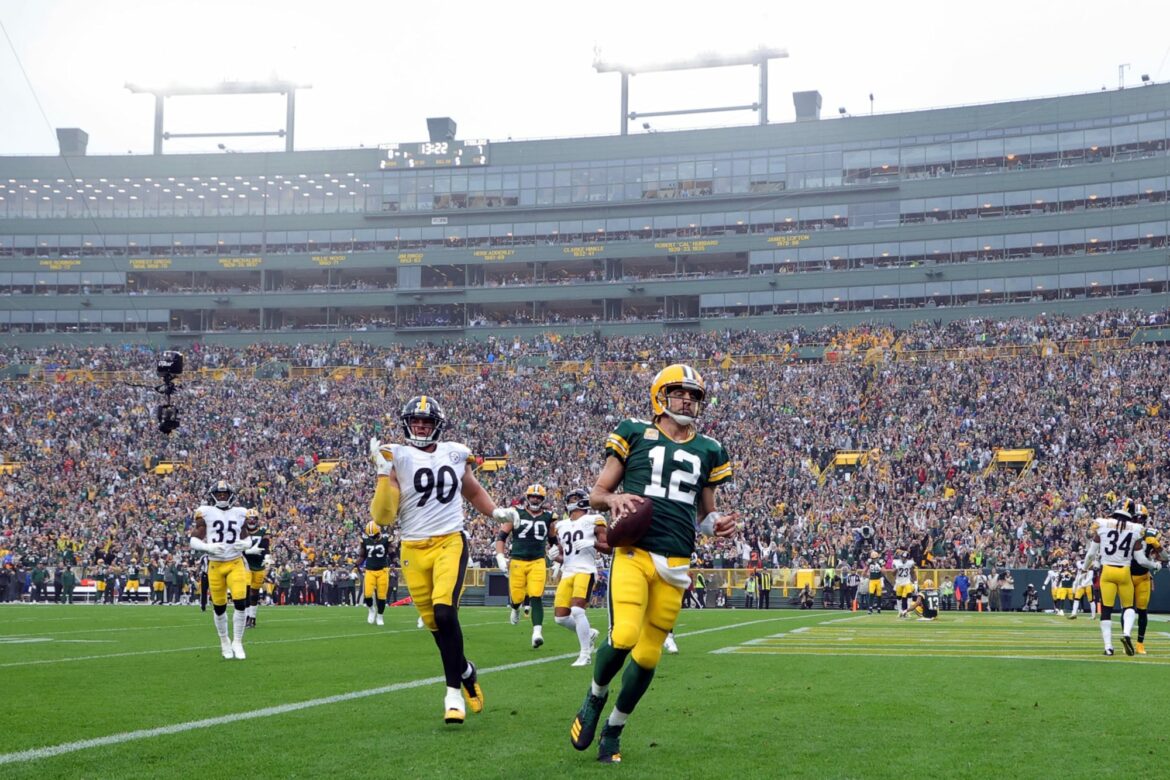 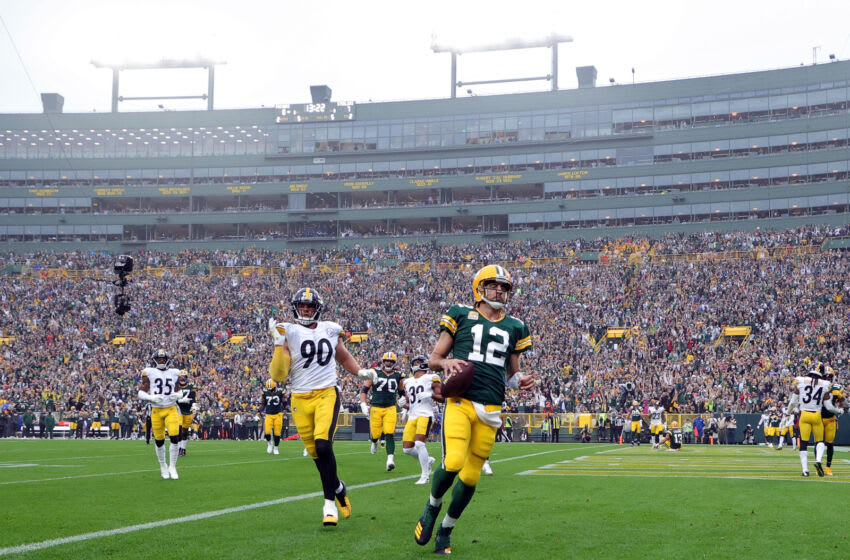 GREEN BAY, WISCONSIN – OCTOBER 03: Aaron Rodgers #12 of the Green Bay Packers runs for a touchdown during the second quarter against the Pittsburgh Steelers at Lambeau Field on October 03, 2021 in Green Bay, Wisconsin. (Photo by Stacy Revere/Getty Images)

Aaron Rodgers and Mike Tomlin shared a cool moment of mutual respect after the Steelers coach pulled one over on the Packers QB.

There’s a scene in the movie Heat where the Al Pacino and Robert DeNiro characters meet in the middle of their cat-and-mouse chase. They’re on opposite sides of the law, but they share a mutual respect for the dedication the other one has to his craft. Perhaps they could even be good friends if one wasn’t chasing the other for robbing banks.

We had a moment like that at Lambeau Field on Sunday afternoon.

Steelers head coach Mike Tomlin and Packers quarterback Aaron Rodgers shared a moment of mutual respect after the latter thought he had pulled off one of his signature too many men on the field penalties that have given him so many free plays over the years.

Tomlin was able to call a timeout in the nick of time, which not only prevented a penalty but gave us a cool moment between the two as they exchanged looks. As officials blew the play dead, Rodgers appeared to shoot a smile at the Steelers sideline as Tomlin gave him a look as if to say “you thought you’d get me, didn’t you?’, and it was awesome.

Mike Tomlin and Aaron Rodgers sharing a cool moment of respect after Tomlin called a timeout before one of Rodgers’ signature Too Many Men On The Field penalties pic.twitter.com/peW3ocpHvg

Sure it was just a cool little moment of respect between the two, but Steelers fans are already talking themselves into it being the first flirt of what could be the blossoming of a relationship that ends with Rodgers moving in with Tomlin in the Steelers locker room.

That’s a wild leap, but it’s also fun to imagine these things. Rodgers is all but certainly going to be playing somewhere other than Green Bay next year, and the Steelers will need a quarterback after Ben Roethlisberger retires. Tomlin’s team is still built to win a Super Bowl now, and Rodgers would essentially be moving to East Coast Green Bay, albeit with a better head coach and a chance to restore some glory to a storied franchise.

Then again, it was just an exchange of looks and we can appreciate it as the cool moment it was.