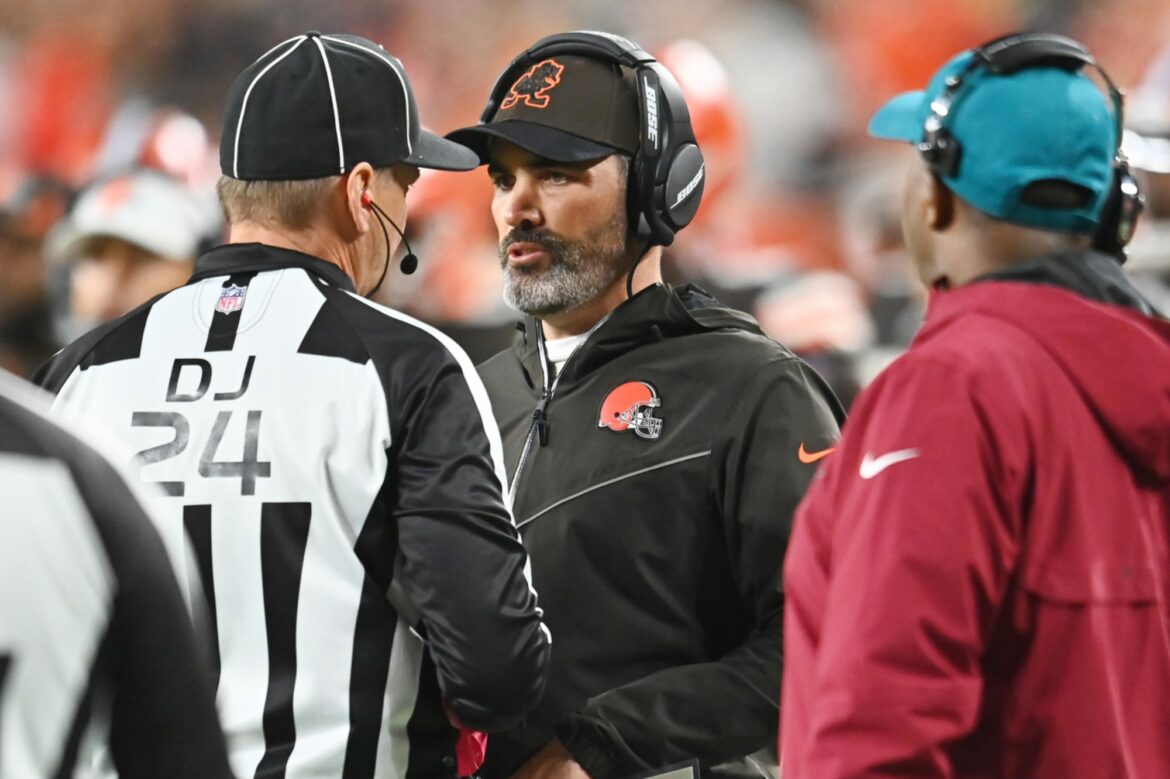 A brutal missed defensive pass interference penalty may have cost the Cleveland Browns a chance at a win over the Green Bay Packers.

The Cleveland Browns had yet another upset win pulled away from them in the second consecutive week. After losing to the Las Vegas Raiders, the Browns found themselves with the football down 22-24 to the Green Bay Packers with a little over two minutes remaining in regulation.

On third-down, Browns quarterback Baker Mayfield threw a pass intended for wide receiver Donovan Peoples-Jones, but it was intercepted by Packers cornerback Rasul Douglas to effectively end the game.

The issue is, Douglas looked to have gotten away with defensive pass interference on that play.

Packers got away with defensive pass interference late vs. Browns

If the referees had thrown a flag on that, Cleveland would have received a fresh set of downs and been set up in game-winning field goal range. Instead, no penalty was called, and Green Bay officially ended things after forcing a false start on Cleveland on third down and inches.

Looking past the missed call, the Browns really had a chance to win it had they decided to run the ball more on the final drive.

Prior to the start of the final drive, the Browns picked up 201 rushing yards on 22 carries. On the first three plays of the drive, Nick Chubb ran the ball for a total of 18 yards. Then, Cleveland decided to pass the ball, which had doomed them earlier in the game. Sure enough, it ultimately cost them out of their eighth win of the season.

Mayfield completed 21-of-36 of his throws for 222 yards, two touchdowns and four interceptions. Chubb ran for 126 yards and one touchdown on 17 carries.

Another game that got away from Cleveland, and this missed call will hurt hard for the fanbase.