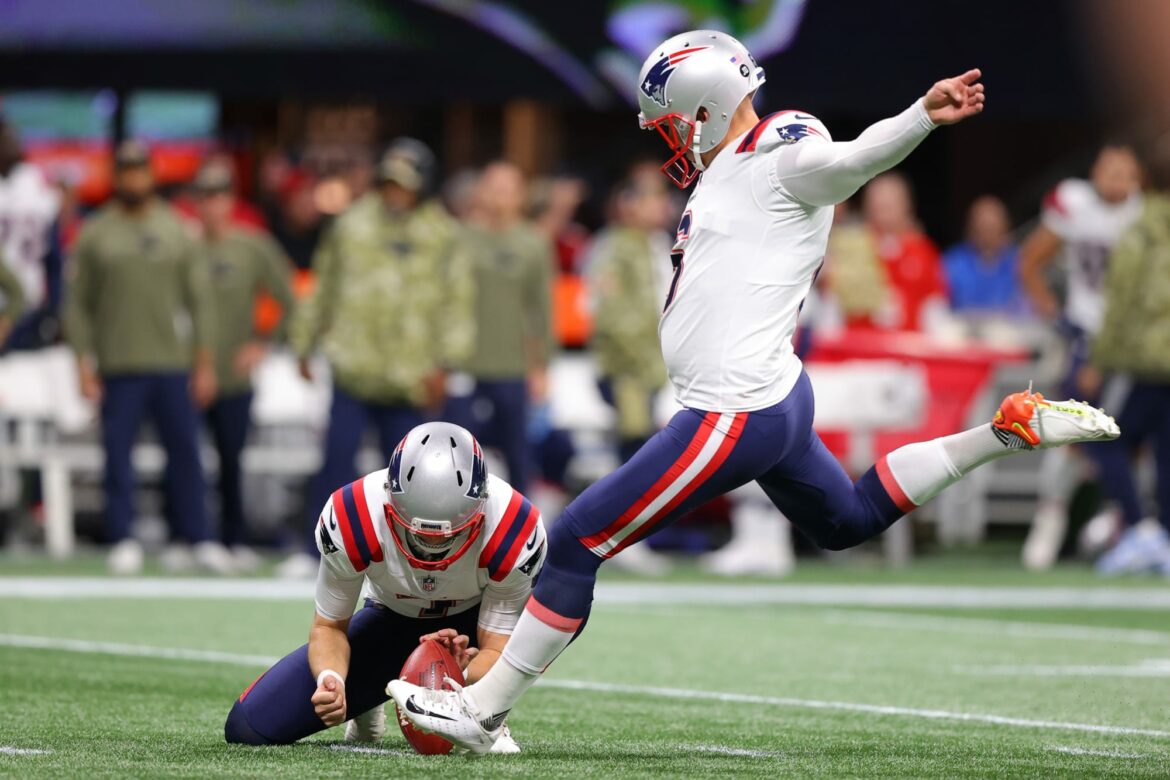 ATLANTA, GEORGIA – NOVEMBER 18: Nick Folk #6 of the New England Patriots kicks a field goal in the firs quarter against the Atlanta Falcons at Mercedes-Benz Stadium on November 18, 2021 in Atlanta, Georgia. (Photo by Todd Kirkland/Getty Images)

Antonio Brown’s lawyer says Bucs WR is vaccinated, will get booster on TV by Scott Rogust

The New England Patriots entered Thursday night looking to earn their seventh win of the season. Sure enough, they had a relatively easy time, as they shutout the Atlanta Falcons 25-0 in primetime. There were not many highlights, but there was something that went viral on social media.

During the fourth quarter, Patriots kicker Nick Folk attempted a 53-yard field goal to extend their lead to 16-0. Sure enough, Folk hit the kick and FOX cameraman Don Cornelli in the process!

Commentator Troy Aikman put it best, “[Cornelli] has a way of always being in the right spot.” That, is an understatement. The good thing is that Cornelli is okay, as you can see by him waving it off on the broadcast.

The game was all New England, as their defense made life miserable for quarterback Matt Ryan and Atlanta’s offense. The Patriots surrendered just 165 yards on 52 plays by the Falcons, and forced four interceptions between Ryan, Josh Rosen and Feleipe Franks.

Folk was a perfect four-for-four on his attempts, with his longest being the 53-yarder that hit Cornelli’s camera.