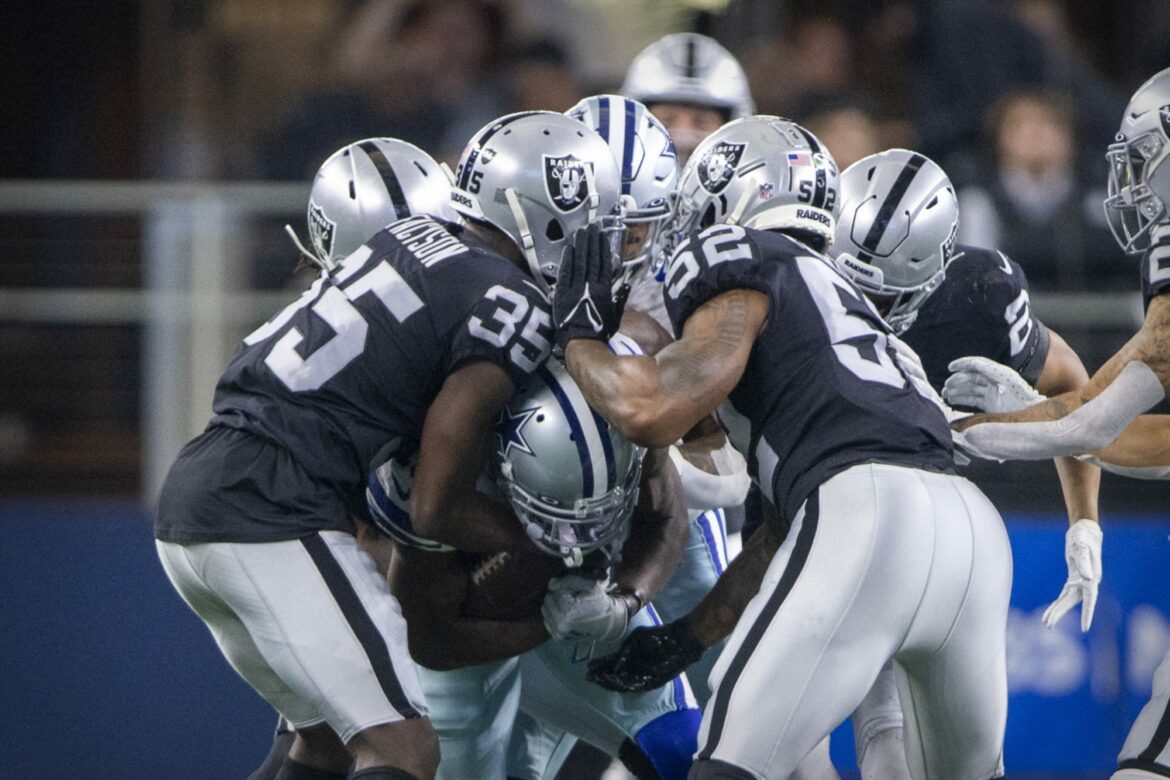 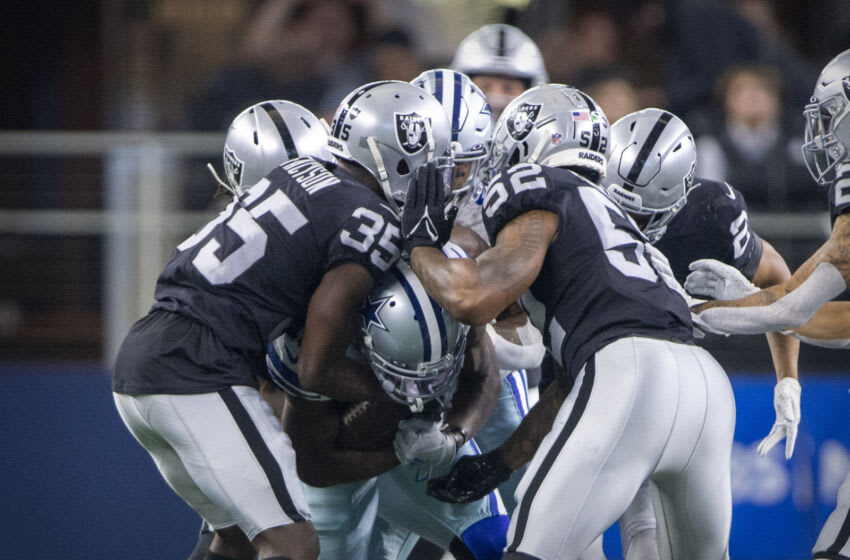 The Dallas Cowboys and Las Vegas Raiders threw hands in the second half of their Thanksgiving Day game.

If you were looking for some excitement to fight off a post-Thanksgiving meal nap, the Dallas Cowboys and Las Vegas Raiders had you covered.

In the second half, the Raiders punted the ball to the Cowboys, which fell out of bounds. But all attention was on Kelvin Joseph and Roderic Teamer, who were grabbing and throwing each other on the sidelines. Then, hands were thrown and a skirmish ensued.

Raiders, Cowboys get into a Thanksgiving Day fight

At the conclusion of the fight, a referee actually had a bloody chin during his attempts to break up the fight.

Both Joseph and Teamer were both disqualified for the remainder of the game.

The Raiders capitalized following the pull-apart. After forcing the Cowboys to punt the ball back to them, quarterback Derek Carr orchestrated a seven-play drive to set up a three-yard rushing touchdown by Marcus Mariota, extending their lead to 24-13

But, Dallas responded rather quickly, as running back Tony Pollard returned the kickoff 100-yards for the touchdown, cutting their deficit to 24-19.

The Raiders currently have a 27-19 lead, as of this writing.