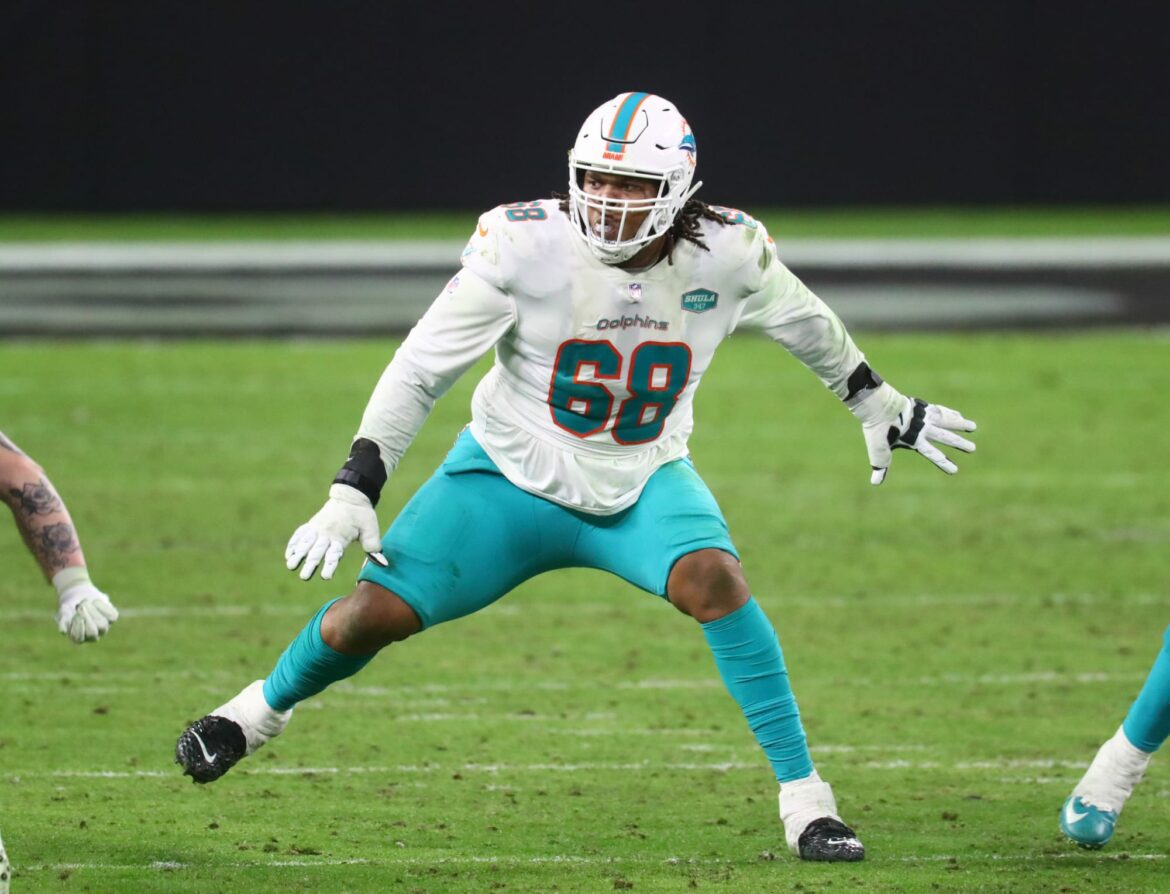 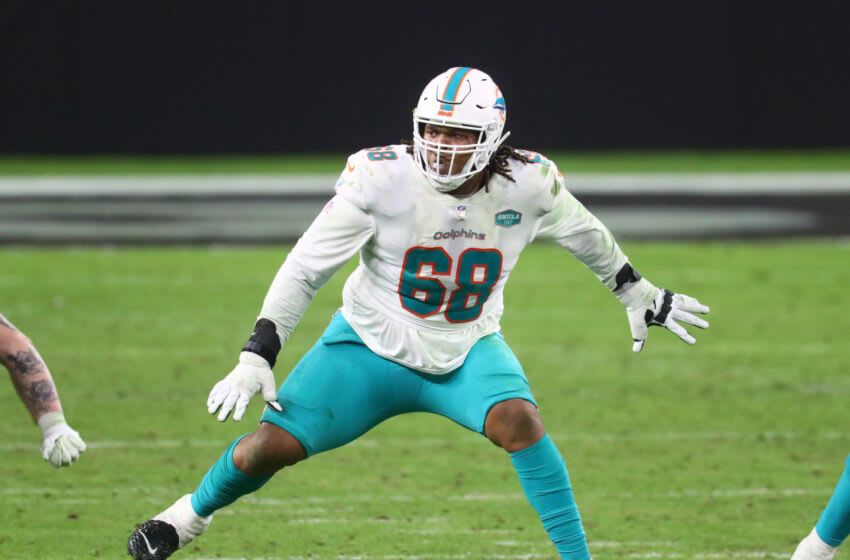 What does “CM” mean on NFL referee hats? by Scott Rogust

Miami Dolphins offensive lineman Robert Hunt scored possibly one of the greatest touchdowns of all-time on Thursday night, but it did not count.

The Miami Dolphins entered Thursday night looking to score a massive upset over the 6-2 Baltimore Ravens. While the game was a close, non-scoring affair early on, it was the Dolphins who were threatening in the second half with a 6-3 lead.

On third-and-goal, Dolphins quarterback Tua Tagovailoa threw a screen pass not to a running back or a wide receiver. Rather, he threw it to his offensive lineman, Robert Hunt, who forced his way towards and reached over the goal-line to seemingly score touchdown!

Unfortunately, Hunt’s efforts were all for naught, as Miami was called for an illegal touch pass. Hunt was not declared eligible prior to the play. Even so, it was a hell of an effort by the lineman.

The touchdown may not have counted officially, but it definitely counted in the hearts of NFL fans who were watching the game.

Miami was unable to get into the end zone on the following play, forcing them to settle for a 29-yard field goal by Jason Sanders to extend their lead to 9-3. On Baltimore’s ensuing drive, Miami cornerback Xavien Howard forced a fumble on wide receiver Sammy Watkins, picked and ran it back 49-yards for the touchdown. The Dolphins took a 15-3 lead as a result.

Remember the date of Nov. 11, 2021, as we may have witnessed the greatest big-man touchdown that did not count.