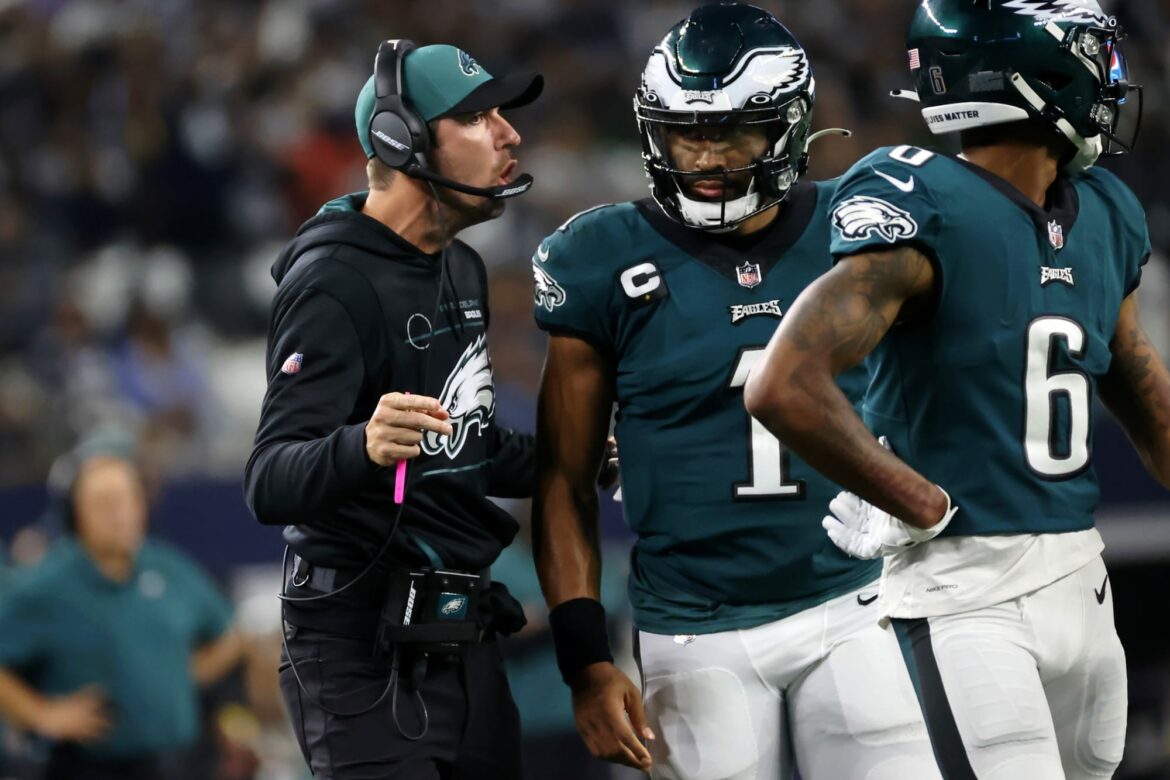 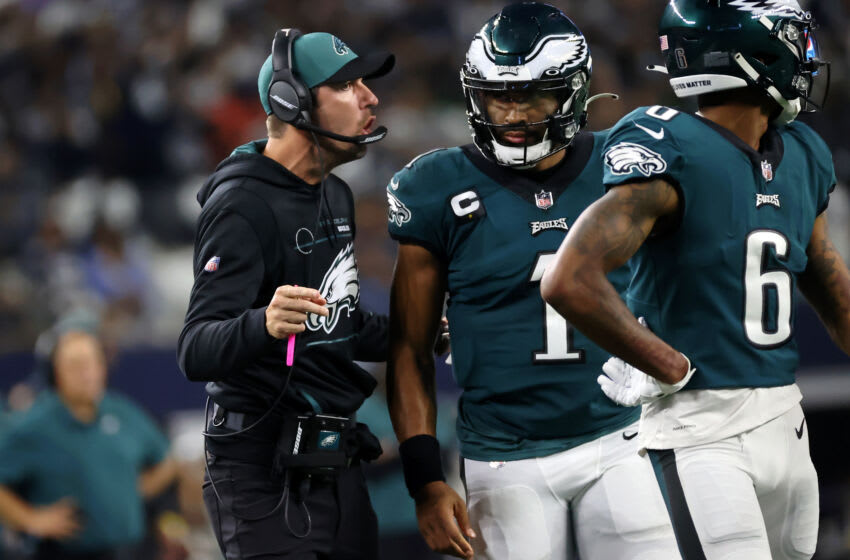 Did Notre Dame blow it by losing Kedon Slovis to Pitt? by Ethan Lee

The only way the shorthanded Washington Football Team beats the Eagles on Tuesday night is if Philadelphia gets in their own way. That appears to be the case early in the Eagles’ Week 15 test, with Hurts turning the ball over on his first two possessions of the game.

The first turnover certainly wasn’t his fault, as a relatively innocent pass was dropped by Dallas Goedert, only to take a weird deflection off his heel and get picked off by Landon Collins.

The second, however, was all Hurts. After scrambling around for several seconds, Hurts was tackled from behind, stumbled and fumbled the ball. Sirianni let Hurts have it on the sidelines, adding insult to the quarterback’s first game back from injury.

Hurts’ overall numbers aren’t bad, as he’s thrown for 13 touchdowns and added eight more scores on the ground. But he doesn’t strike most pundits as a franchise-caliber quarterback, and certainly can’t lift up this group to NFC East favorite stature. That spot is reserved for the Dallas Cowboys.

While Hurts’ ability as a playmaker can never be question, he’s always struggled with consistency throwing the ball downfield dating back to his days at Alabama with Nick Saban. Some improvement was seen in Lincoln Riley’s system, and in his first few years as a professional, but there’s a reason the Eagles have been mentioned in rumors for top-tier NFL quarterbacks like Russell Wilson.

Hurt is never expected to get to that level, and he wasn’t drafted by Sirianni, making this all the more awkward.