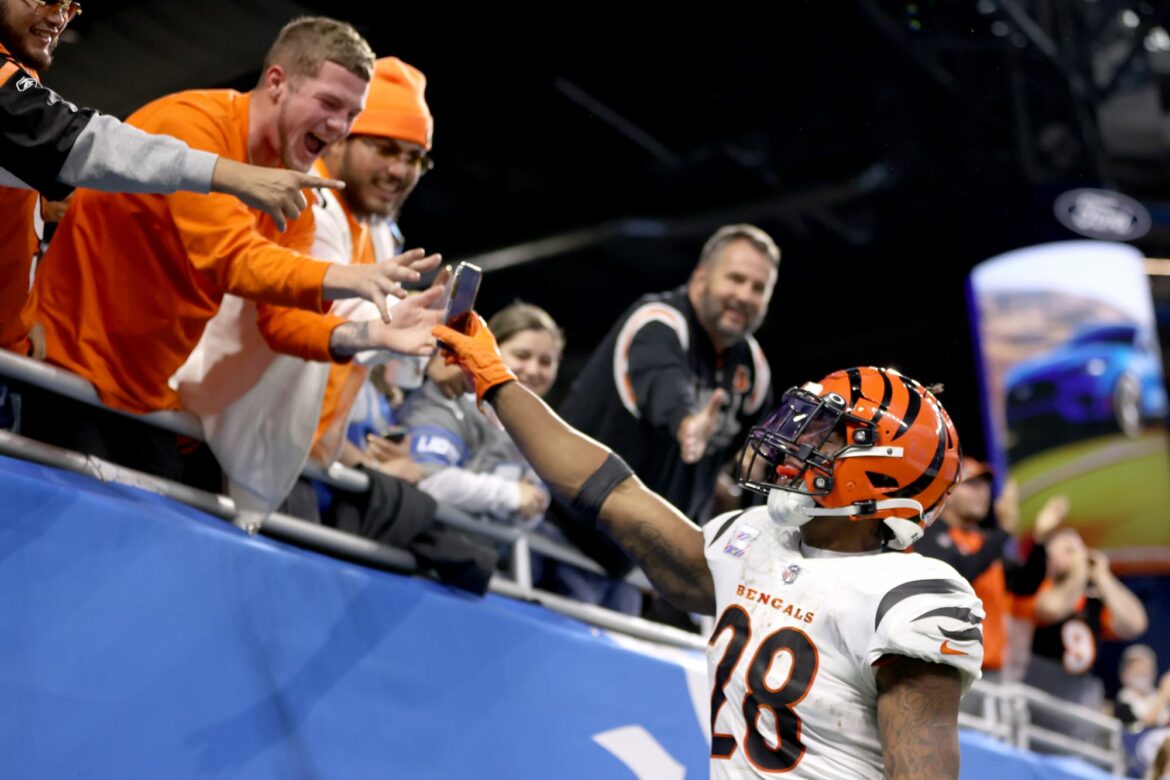 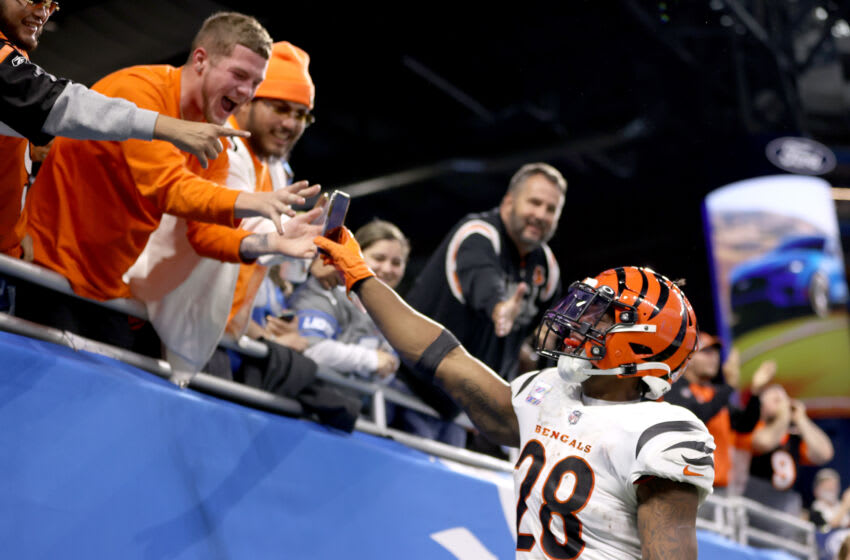 DETROIT, MICHIGAN – OCTOBER 17: Joe Mixon #28 celebrates the touchdown by C.J. Uzomah #87 of the Cincinnati Bengals while holding a fan’s phone in the fourth quarter against the Detroit Lions at Ford Field on October 17, 2021 in Detroit, Michigan. (Photo by Gregory Shamus/Getty Images)

The Cincinnati Bengals got to have some fun celebrating a touchdown during their win against the Detroit Lions.

One Cincinnati Bengals fan got a unique souvenir of sorts after the Bengals scored a touchdown during their 34-11 win over the Detroit Lions.

Cincinnati quarterback Joe Burrow tossed a two-yard touchdown to C.J. Uzomah, which ultimately ended up extending their team’s lead to 27-0 over Detroit. As Uzomah was waltzing into the end zone at the end of that 95-yard drive, he was joined by his teammates who wanted to celebrate. At that same time, one Bengals fan was recording the score with his phone.

Uzomah walked over to the stands as part of the celebration and somehow the phone then fell to the ground. But because it ended up on the ground while it was still recording, that phone got to join in on Cincinnati’s touchdown celebration when it was picked up:

This is great and we need more touchdown celebrations like this. How can we make that a reality? Does someone need to file a petition or something?

Cincinnati Bengals celebrate a touchdown with a fan’s phone

Is it fair to say that Cincinnati’s early success has been a very pleasant surprise for fans? The Bengals are off to a pretty fun start after going 4-2 through the first six games of the season and they are currently behind the Baltimore Ravens for second in the AFC North.

Who knows if this bunch can continue winning like this throughout the remainder of the season, but that doesn’t really matter right now. Cincinnati fans are starting to see the potential that their team has and that’s got to be an enjoyable experience.