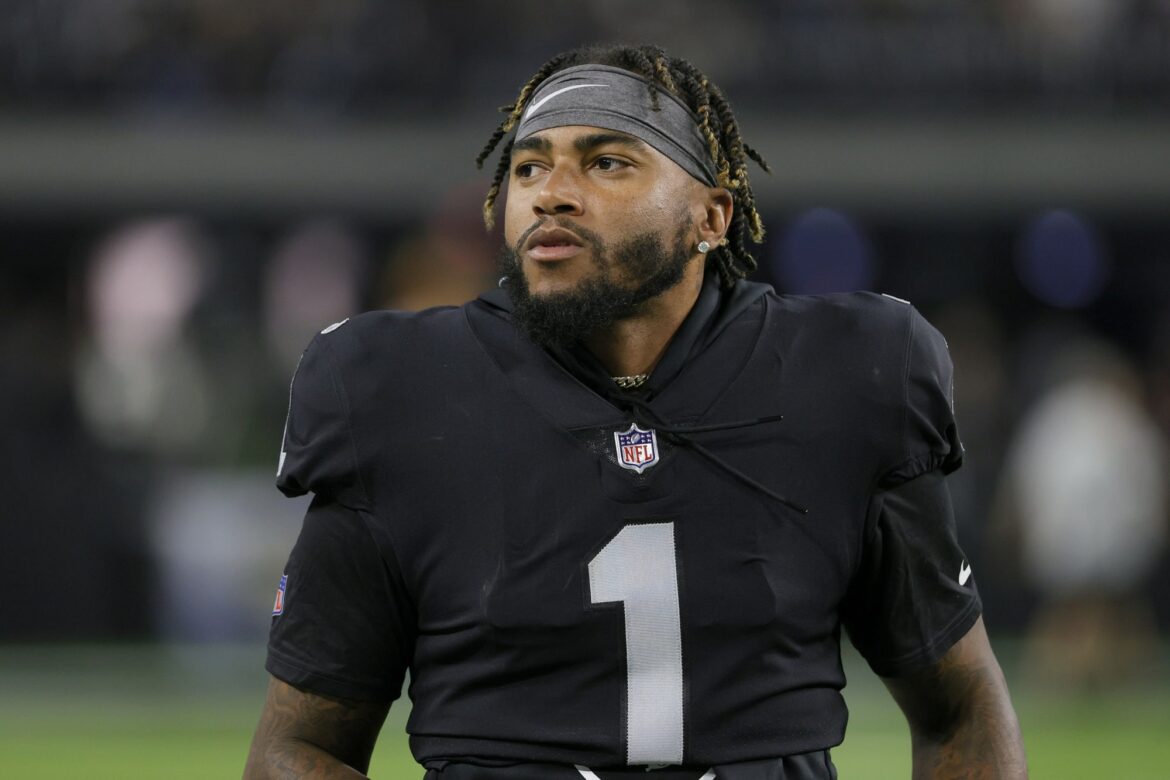 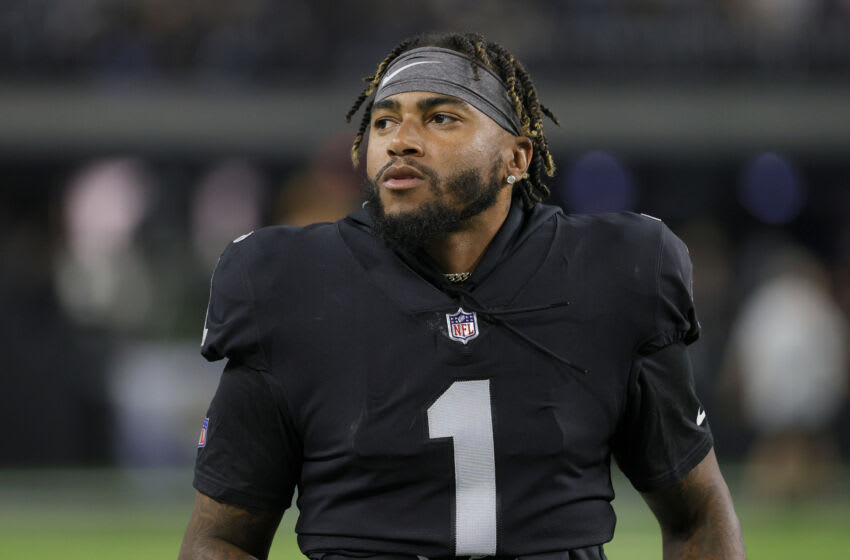 LAS VEGAS, NEVADA – NOVEMBER 14: DeSean Jackson #1 of the Las Vegas Raiders walks off the field following warm ups before the game against the Kansas City Chiefs at Allegiant Stadium on November 14, 2021 in Las Vegas, Nevada. (Photo by Ethan Miller/Getty Images)

Las Vegas Raiders wide receiver DeSean Jackson looked to have a touchdown reception. Instead, he ran backwards and fumbled the ball against the Kansas City Chiefs on Sunday.

The Las Vegas Raiders, in need of wide receiver depth, gave DeSean Jackson a call and signed him to a deal for the remainder of the season. The veteran wide receiver requested a trade from the Los Angeles Rams, but was released after the deadline passed when they could not find a deal. Jackson made his debut for the team on Sunday night in a pivotal AFC West matchup against the Kansas City Chiefs.

In the third quarter, quarterback Derek Carr hit Jackson on a huge pass. Jackson had an easy path to the end zone, but the wideout decided to juke away and spin around from the Chiefs defensive backs.

Jackson then fumbled after cornerback Rashad Fenton smacked the ball out of his hands and safety Tyrann Mathieu recovered it.

Philadelphia Eagles fans had flashbacks of Jackson dropping the ball before crossing the end zone against the Dallas Cowboys many years ago. Not an ideal situation for both Jackson and the Raiders.

Things only got worse for Las Vegas, as Kansas City extended their lead to 27-14 nine plays later on a 35-yard field goal by Harrison Butker. On the ensuing drive, Carr threw a pass intended for Zay Jones, but it was intercepted by Daniel Sorensen. From there, quarterback Patrick Mahomes threw touchdown passes on their next two drives to extend the score to 41-14.

With this game getting out of reach, Jackson and Las Vegas will look to rebound next week when they face the Cincinnati Bengals.