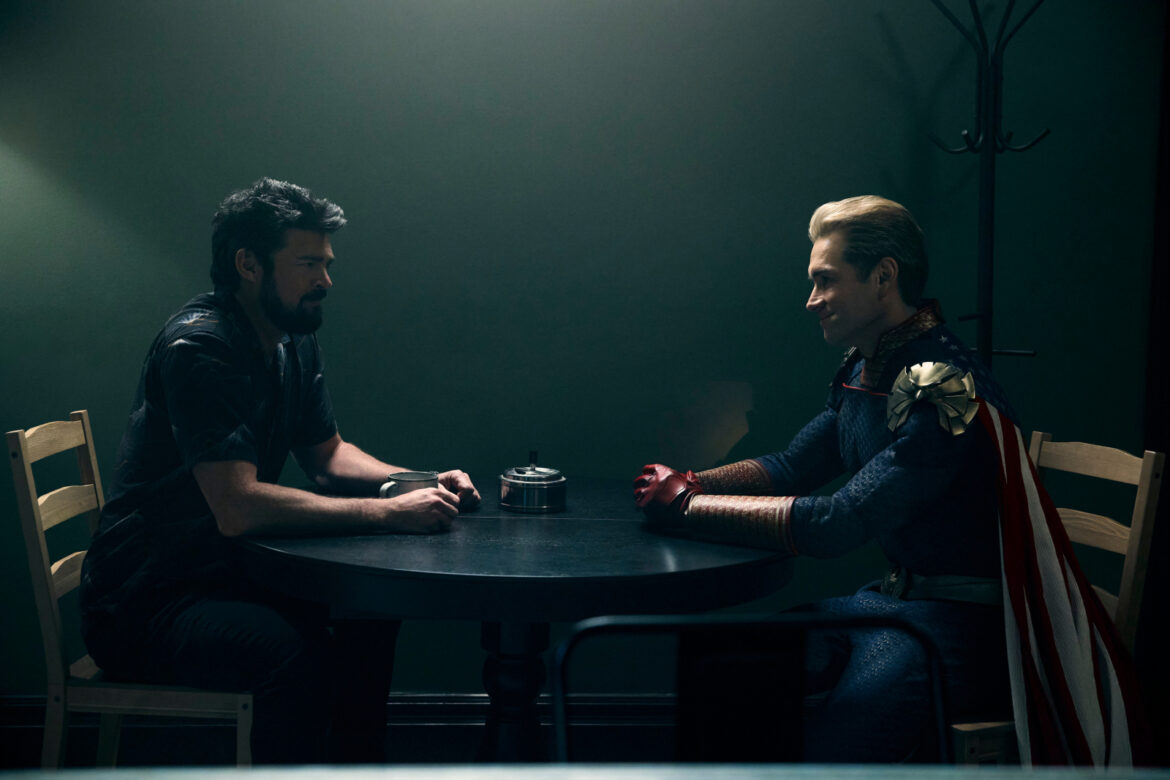 We’ve seen supes in urethras, “heroes” come back after being gone for over two decades, Billy Butcher and Hughie give themselves powers, and, of course, a little thing called Herogasm. All of that and more leads viewers to the season 3 finale of The Boys. A final episode that will definitely leave viewers anticipating season 4 (which was announced a few weeks ago). Before we get ahead of ourselves with talk about next season, what can be expected in the season 3 finale?

The Boys season 3 finale is likely going to have multiple incredible action scenes. Homelander and Butcher are going to have their one-on-one. Or, as they put it, “Scorched Earth.” However, this may not be a fair fight. This time, Homelander may have back up. Black Noir will be there. That’s if he survives his encounter with Soldier Boy. Another battle that Homelander may be in as well.

Annie January (Starlight), Marvin Milk, Frenchie, and Kimiko are working together to expose Vought International and Homelander. This writer expects their next big move to be to find Queen Maeve. Once they have her, Maeve will expose what Homelander did to her. When that happens, people will start looking at supes and Vought International differently. Nevertheless, that won’t stop Homelander from being who he is.

This writer has said (probably ad nauseam) that Homelander will repeat his actions from The Boys comic book. He could try and overthrow the world with the help of other supes, especially if Maeve exposes him to the world. Homelander will now have no reason to hold back.

Lastly, we have Butcher and Hughie. The two of them have taken enough Compound V24 to kill them. The unfortunate part is Huhgie doesn’t know he’s dying from it. Annie January told Butcher about the side effects, but Butcher never told Hughie. When Hughie finds out Butcher was lying it may be too late. Butcher should be worried about Annie. She may be mad at Hughie, but she still loves him.

How to watch The Boys season 3 online

As The Boys season 3 is an Amazon Prime-exclusive series, the season finale can only be viewed on the paid subscription service itself (Amazon Prime).

Full details on how to watch season 3, episode 8 can be found below. This includes the date, streaming information and more.

What do you think, readers? Are you looking forward to The Boys season 3 finale on Amazon Prime Video? Let us know in the comments below.