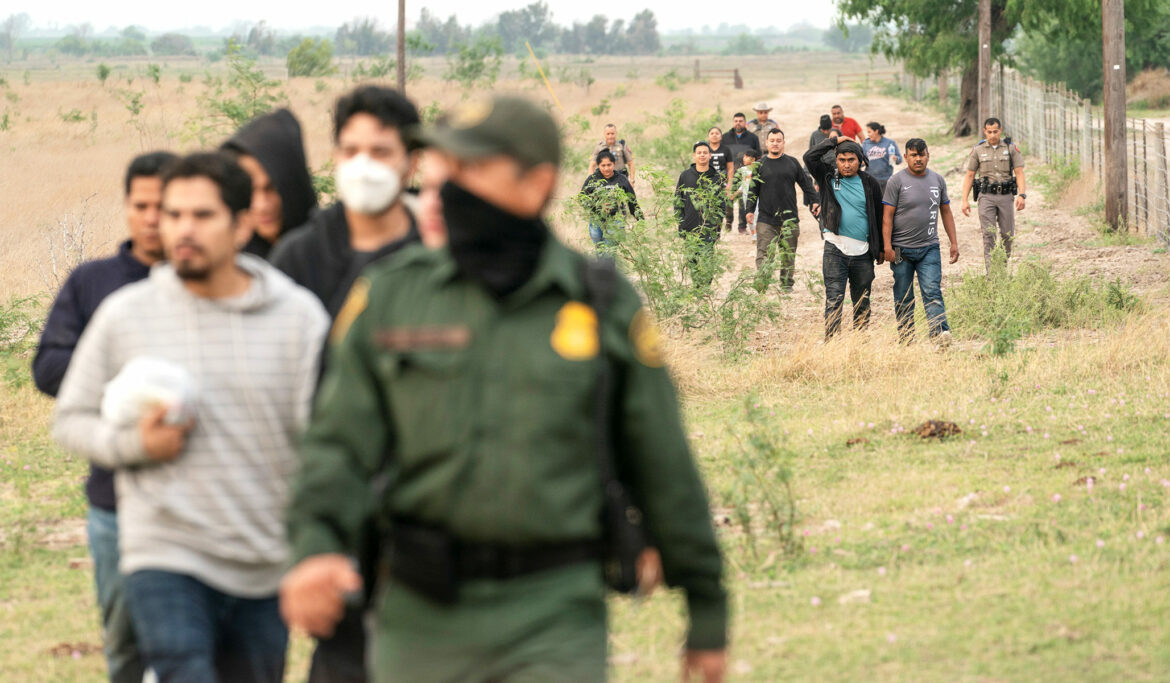 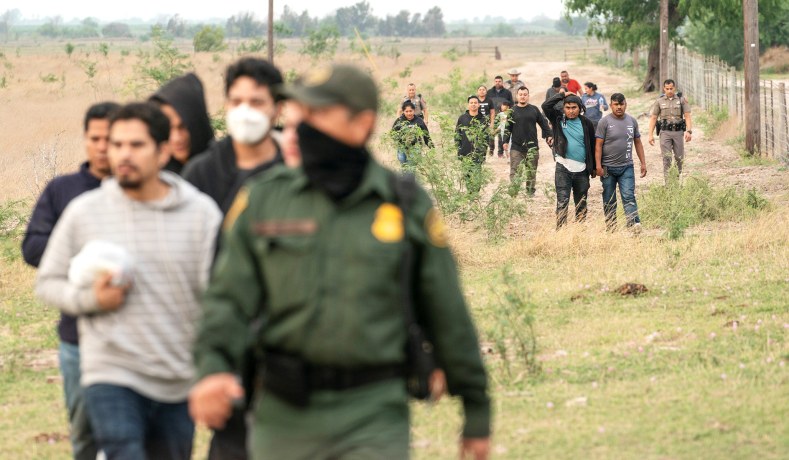 Central American migrants are escorted out of private land as they are detained by U.S. Border Patrol agents after crossing the Rio Grande River from Mexico in La Joya, Texas, April 27, 2021. (Go Nakamura/Reuters)

CatholicVote Civic Action and Judicial Watch filed the lawsuit on Wednesday, Judicial Watch announced in a press release, after DHS and HHS failed to respond Freedom of Information Act requests made in September.

The FOIA requests were for communications between U.S. Customs and Border Protection and Catholic Charities of the Rio Grande Valley, the Humanitarian Respite Center in McAllen, Texas, and the Diocese of Brownsville.

“The Biden administration has refused to provide copies of communications between Catholic-affiliated charities and organizations at the border,” CatholicVote president Brian Burch said in a statement.

“American Catholics deserve to know the full extent of the U.S. government’s role in funding and coordinating with Catholic church affiliated agencies at the border, and what role these agencies played in the record surge of illegal immigrants over the past year,” Burch added.

CCRGV operated its Humanitarian Respite Center to aid migrants who crossed the southern border into the U.S. last summer. Sister Norma Pimentel, CCRGV’s Executive Director, stated in an interview with journalist Ali Bradley on February 3 that the organization is reimbursed with “taxpayer’s money” for some of their efforts.

EXCLUSIVE: The head of the largest NGO along the border, Catholic Charities of RGV explains they are getting reimbursed with taxpayer dollars & they do buy some plane tickets for migrants. She says they help migrants continue their journey otherwise they are left on the streets. pic.twitter.com/ftQ9QLRB3N

The La Joya Police Department in southern Texas announced in late July that an officer encountered a migrant family with Covid at a local Whataburger. The family told the officer that CCRGV was paying a local hotel for their room, and the officer eventually discovered that CCRGV had booked all the rooms in the hotel for Covid-positive migrants without informing the police department.

CCRGV said the incident of the family leaving isolation was an “isolated case” in a comment to a local CBS affiliate at the time.