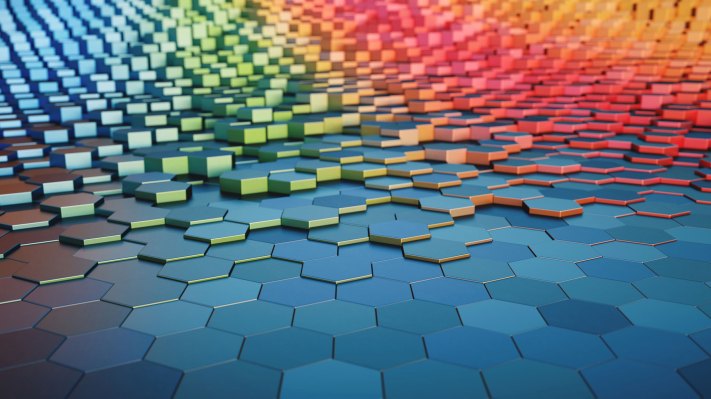 Tyler Cowen is an economist and writer who co-founded the popular blog, MarginalRevolution. A professor at George Mason University, Cowen was named one of the Economist’s top 36 economists who were most influential over the past decade. He’s a popular thinker and blogger in a world of academics, and his work has appeared in Bloomberg and the New York Times. All this is to say that he’s a smart guy.

In an effort to understand what economists think of this burgeoning industry, I reached out to Cowen to talk about the history of crypto as it deals with monetary policy and ask a simple question: What would the greatest economists of the past have thought of the current crypto mania?

TC: What are economists thinking of crypto? Do they study it? Worry about it?

Cowen: I think most of them haven’t followed it much. A significant subset are puzzled. They’ve not been the leading thinkers behind the crypto movement. Some in particular such as Paul Krugman have been quite harsh. There’s a fair number of working papers people trying to model it, people who are intrigued and curious. So I don’t think there’s a consensus yet. But unless you work on monetary theory, the professional incentive to ponder crypto is pretty small and most people don’t do it often. But the fact that they’re economists doesn’t make them as qualified to have an opinion as you might think.

TC: Do you see a new crop of Economist coming out or just focus on cryptocurrency?

Cowen: You need really a lot of external training outside of economics that none of us had in grad school, including just basics in cryptography wage. Some amount of time and experience helps as well. So, most of the best work on crypto is on medium, on Twitter. It’s in weird places, and it’s not by professional economists. Not even monetary theorists. I find this disheartening about my own profession, but that’s how it is.

TC: What’s your take on the current industry?

Cowen: I started out as a crypto skeptic but over time I have become what I call a crypto hopeful. I’m not sure it will all work, but I can see legitimate use cases with high benefits. And I think there’s a good chance they’ll succeed and I’m impressed by the high amount of talent in crypto work or the crypto movement.

TC: Folks liken this tech to cargo cults. You build the trappings of an economic system in hopes that one magically appears. Is this accurate?

Cowen: I think the crypto people are super, super smart on average. They’re smarter than economists on average. And they have skin in the game, right?

TC: Does the profit motive color the experience?

Cowen: Well, people in crypto want to build systems that work. It’s fair for all of us to have uncertainty about how that will go. But the price of crypto assets have been pretty high for a while now and they’ve taken big hits and come back. So I don’t think you can now say it’s just a bubble. So what exactly it would be is still up for grabs, but I think the bubble view is increasingly hard to maintain.

TC: Are we assuming this stuff is here to stay? That bitcoin won’t disappear in a decade?

Cowen: That is strongly my belief. Now, there’s a lot of other cryptoassets and I think most of those will disappear. There were many social media companies fifteen years ago also and many are not around but obviously social media is very much a thing.

TC: What’s your take on decentralized, from an economic perspective?

Cowen: I think we will end up with both centralized crypto and decentralized crypto, and they will serve quite different functions. So, obviously, there were advantages to centralized systems. You can change the more quickly, more readily. There’s someone to manage them, someone to oversee them. But you also pile up costs. So I think both will prove robust. But again, I would readily admit that still up for grabs.

TC: When do you expect governments to go all in with stablecoins and the like?

Cowen: Well you could say right now. The dollar is a stablecoin. There will be more central bank digital currencies within the next year. There’s already some that either exists or literally on the very verge of existing. And I think five years from now, you’ll see a large number of them. Now, they’re not crypto to be clear. But I think that they will be significant is a near certainty.

TC: Looking back in time, what’s the clearest historical analog to cryptocurrencies?

Cowen: I think of crypto not so much as a currency. You can’t really use it to buy a coffee at Starbucks.They’ve been failing as that kind of currency. I think of them as new kinds of computers, new kinds of legal systems, and new ways of achieving reliable decentralized consensus. So I think they’re most analogous to advances in computing rather than some kind of monetary event.

TC: Oh interesting. So to a degree we can we can ignore the economists because it’s a technology, not a monetary policy question.

Cowen: It’s a computing question, but obviously intersects with economic issues and the core question is how will all this stuff pay for itself, which is still unclear. Economists do or at least could have a lot to say about that. I wouldn’t say the economists are worthless. I would say they haven’t been valuable yet. They may come to the party very late. Cryptocurrency is not fundamentally new monies, but you will find people in the sector who still will argue these things will serve as literal currencies. I think the name cryptocurrency has become unfortunate but clearly they are currencies can be used for some purposes sometimes black or gray market purposes, but I don’t think fundamentally that’s what they are. You see this with NFTs which are their own thing and they’re closely related to crypto. But like, how does that relate to a currency? Is an NFT an artwork? But within the language of cryptography it all makes more sense. It’s more of a unified development and that’s a way to think about it rather than thinking of them as currencies.

TC: What should a CFO or even just a budding economist general be doing in the space?

Cowen: It depends where they’re starting from, but they should put a fair amount of time. They should be reading all the basics about these systems and setting up a Twitter feed, so they can follow what’s happening because the sector changes very rapidly and having a network of people they can ask questions too because it’s not like cooking roast chicken where there’s more or less a tried-and-true formula, right? It’s all changing incredibly rapidly.

TC: What do you read on a daily basis to keep up?

Cowen: A lot of what I do is chat with people, you know privately or in groups. I think Twitter overall is the best place to follow crypto. You’re not seeing any hardcore mainstream crypto coverage in the economics journals. I don’t think there’s anything wrong with them necessarily, but it’s not where I go to see what’s happening with crypto. Economists are really the laggards here.

TC: Is that is that to their benefit or detriment?

Cowen: You know, I think as a profession we will regret having missed the boat, but I’m not sure like any particular individual is going to be worse off, but I think it’s a sign that we’re not sufficiently in touch with actual innovations. It’s a very hard field to make sense of. So when I say good luck. I really mean that and it doesn’t matter how much, you know, or have smart you are or how much time you put into it. It’s just remains a very difficult thing.