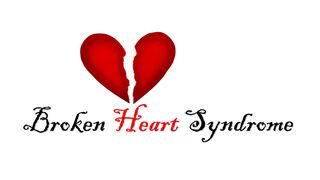 Broken Heart Syndrome is a temporary cardiac condition often ignited by stressful situations and extreme emotions. This syndrome is not a heart attack, but instead is a more temporary condition in which the regular heart rhythm is disrupted. Symptoms can include shortness of breath and even sudden chest pains. These irregularities usually reverse in days or weeks. Yet, while the symptoms persist, they can increase stress.

The exact physical causes of Broken Heart Syndrome are not entirely clear. A surge in adrenaline might temporarily damage the heart. The constriction of the large and small arteries to the heart may precipitate chest pains. Preceding physical events to the syndrome include acute illness, including COVID-19, a broken bone, or major surgery. The physical symptoms of Broken Heart Syndrome can be treated by medical means.

Preceding psychological events include highly-charged arguments and the loss of a key relationship. When the preceding event is non-physical, psychology can play a role in the reduction of symptoms as well as recovery of well-being. If the preceding event includes interpersonal conflict in which the person was treated unfairly in an argument or in the loss of a valued relationship, then practicing forgiveness toward the person may be important, suggest scientific studies.

Research on the Heart, Anger, and Forgiveness 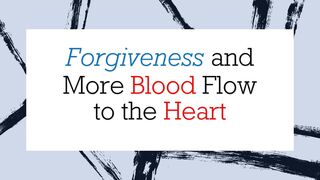 In a study of adult male cardiac patients, Waltman et al. (2009) randomized nine men to a forgiveness intervention and eight to a control group. All of the participants, because of their compromised hearts, had symptoms of what is called “anger-induced myocardial ischemia.” This means that when the patients recalled deep injustices against them, they experienced a narrowing of the arteries which lead to the heart. Such myocardial ischemia can result in chest pains, as can occur for some who have Broken Heart Syndrome. The experimental group engaged in a 10-week (one hour per week) forgiveness intervention with the book Forgiveness Is a Choice as a guide. The control group had heart-health education, also for 10 weeks, that was standard in its particular health facility. The results showed that at the follow-up test (10 weeks after the test), those who had the forgiveness intervention showed a greater increase in forgiveness, less state-anger (how one is feeling now), and, when recalling the incident of deep injustice against them, their arteries to the heart remained more open in a statistical sense than was the case for those in the control group. Learning to forgive was the cause of reduced anger and an increase in blood flow through the heart.

A takeaway insight: Some of the participants in this cardiac study were recalling deep injustices against them that occurred years ago. Yet, the current emotional reaction was strong, resulting in reduced blood flow through the heart. Thus, the highly-charged emotions might not result from a very recent incident, but even from a situation that happened years ago.

Long-Ago Injustices Against a Person Might Trigger Broken Heart Syndrome

If a person has Broken Heart Syndrome, which can be triggered by strong emotional reactions, it may be helpful if the person carefully examines what particular incidents are involved. It may be easy to miss, or even think irrelevant, injustices that occurred years ago, but as the Waltman et al. (2009) study shows, those long-ago situations still can induce strong emotions affecting the heart. A study by Reed and Enright (2006) makes a similar point about the time-lag between an injustice and current, emotionally-charged responses to that injustice. These researchers worked with women, permanently separated for at least two years, who experienced emotional abuse in their relationships. Even after two years, all suffered from post-traumatic stress, depression, anxiety, and low self-esteem. As in the Waltman et al. (2009) study, forgiveness therapy resulted in significant improvements to their well-being. It took the women about eight months to forgive, so this cure for their distress is not a quick fix.

The Untried Cure for Some Forms of Broken Heart Syndrome 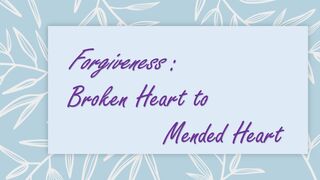 If a person is challenged by Broken Heart Syndrome, it would be important to ascertain if there is a connection between current intense emotional reactions and any injustices, even from the distant past, that are unresolved. If the person chooses to forgive those who perpetrated the wrongdoing, it is vital that the forgiver first understand what forgiveness is and is not. To forgive is not to excuses the wrongdoing, to abandon justice, or necessarily to automatically reconcile. Forgiveness, instead, is the practice of a moral virtue in which the forgiver chooses to reduce resentment and to offer goodness of some kind to the one who offended. All moral virtues, whether justice, patience, or forgiveness, are concerned with offering goodness. Forgiveness is particularly heroic because it is the deliberate offering of this goodness, from a position of safety, to those who were not good to the forgiver.

If you decide to forgive, please keep in mind the following points:

You will try to expand your story of who the offending person is. In other words, this person is far more than the actions against you. This can take time, so please be gentle with yourself.
As you begin to see the humanity in the other, not because of what was done, but in spite of it, your heart may begin to slowly soften.
You then can make the decision to bear the pain of what happened, so that you do not throw the pain back to that person, possibly intensifying the conflict and your own emotionally-charged response. Bearing the pain is a therapeutic paradox: As you stand in that pain for the other, you begin to heal emotionally.
If you then can be good to that person in some way (a kind word about the person to others, as one example), then your emotions likely will begin to quiet and the Broken Heart Syndrome, at least in such a case of deep injustice against you, may begin to abate and not reemerge.

In the final analysis, you have more control over your highly-charged emotional reactions with the possible result of renewed health.